American Medical News (amednews.com), published by the American Medical Association, reports that a couple of megawatt organizations are testing the accountable care organization (ACO) concept—conceived to improve care and reduce costs for populations of primary care patients—on groups of people with high-cost diseases such as cancer or end-stage renal disease.

Florida Blue, formerly Blue Cross and Blue Shield of Florida, announced in December 2012 the introduction of an ACO for cancer patients cared for by the Moffitt Cancer Center, Tampa, Fla. This was the insurer’s second project of this type. The first was with Baptist Health South Florida, Miami, a large health system and Advanced Medical Specialities, Miami, an oncology group, announced in May 2012.

DaVita, a Denver-based dialysis provider with more than 1,900 outpatient centers in the United States, introduced the Accountable Kidney Care Collaborative, and is working with commercial and government insurers to set up pilot ACOs for this population. In June 2012, the company acquired HealthCare Partners, a large multispeciality group practice with 700 employed physicians, a network of more than 8,000 independent physicians, and two ACOs focused on primary care patients. These ACOs will be the models for the disease-specific ones. 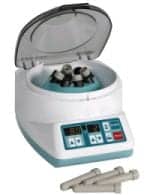