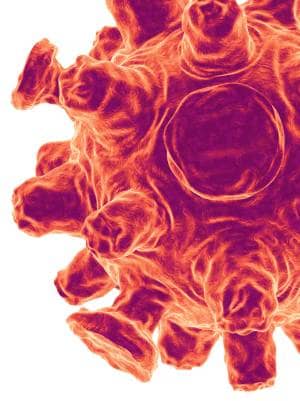 The 1918 influenza pandemic took off in September, and by the end of the year, more than half a million Americans were dead. Some 20% of Western Samoans and multiple Inuit villages were decimated, according to Gina Kolata’s Flu: The Story of the Great Pandemic of 1918 and the Search for the Virus that Caused It. Interestingly, as with most pandemics, the age target followed a W-pattern rather than a V, targeting adults from the age group 15 to 34 as well as children under 5 and adults over 70. According to Kolata, “It was a plague so deadly that if a similar virus were to strike today, it would kill more people in a single year than heart disease, cancers, strokes, chronic pulmonary disease, AIDS, and Alzheimer’s disease combined.”

Between 20 and 50 million people died worldwide in the 1918 pandemic, and according to the Centers for Disease Control and Prevention (CDC), the pandemic lowered the life expectancy in the United States by more than 10 years. This strain was unique in that it targeted young adults, rather than the standard influenza season causing death among the very young and the elderly. According to the CDC, such a pandemic recurrence with an extremely virulent form of influenza is remote, as there is evidence that some residual immunity to the 1918 virus, or a similar virus, is present in at least a portion of the human population, and modern-day H1N1 preventative vaccines contain a H1N1 component. Hence, a 1918-like virus may not fit the criterion for a new pandemic flu strain.

However, in 2009, another new and different (2009 H1N1) strain caused the first flu pandemic in 4 decades, resulting in more than 10,000 deaths in the United States. Again, nearly 90% of those flu-related deaths were among people younger than 65 (again, a W-curve). Therefore, for pandemic as well as seasonal influenza, drugs to prevent or control the disease as well as basic prevention techniques are crucial to infection containment.

Antivirals such as rimantadine (Flumadine) and oseltamivir (Tamiflu) have been found to be effective against flu viruses, especially those similar to the 1918 strain. Additionally, vaccines containing the 1918 hemagluttinin or H1HA subtype proteins have been shown to be effective in mice models against the 1918 virus. 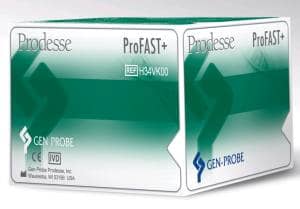 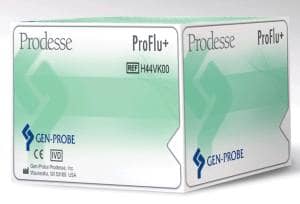 Gen-Probe’s ProFlu™ is FDA-cleared; validated in more than 100 international labs; and detects influenza A, B, and RSV.

Due to the very dangerous nature of this virus, especially for the very young, very old, and/or infirm, rapid and targeted testing and focused detection tests have been very important, especially in the urgent care setting. According to Jay M. Lieberman, MD, medical director, infectious diseases, Quest Diagnostics, Madison, NJ, and Focus Diagnostics, Cypress, Calif, the 2009 H1N1 pandemic exposed deficiencies in flu testing at the time. Most notably, according to Lieberman, “…the false negative rates of rapid tests skewed the results considerably.”

Focus Diagnostics, a business of Quest Diagnostics, targeted the H1N1 genetic code, when it was published in 2009, to develop a PCR test enabling the identification and differentiation of this strain from other influenza A viruses. “About 2 weeks later, our laboratory launched the first commercial test,” Lieberman adds, and “over time this has evolved into the Simplexa Influenza A H1N1 (2009) test on the 3M Integrated Cycler.” Both Simplexa Influenza A H1N1 (2009) and Simplexa Flu A/B and RSV are CE-IVD and FDA-cleared products.

Similar to Focus Diagnostics, Gen-Probe, San Diego, offers two real-time PCR tests for influenza: ProFlu™+ and ProFAST™+. The first test is FDA-cleared (2008); validated in more than 100 international labs; and detects influenza A, B, and respiratory syncytial virus (RSV). An easy-to-use assay, ProFlu+ can be run in standard laboratory equipment, while ProFAST+ detects and differentiates influenza A/H1, A/H3, and the 2009 H1N1 subtypes. Both tests are part of Gen-Probe’s respiratory viral panels from their acquisition of Prodesse, and include detection of other pathogens such as HPIV, hMPV, and adenovirus. Since all of the tests can be run from the same extracted eluent, this provides an enhanced flexibility to testing laboratories.

While real-time multiplex PCR using state-of-the-art molecular diagnostics is now the direction for influenza detection, Luminex Corp, Austin, Tex, is a pioneer in the field of multiplex testing for respiratory viruses for a qualitative nucleic acid test from a single sample. The company’s xTAG RVP CE-IVD marked assay includes detection of RSV, influenza A (with subtyping of H1/H3/H5), influenza B, HPIV (1-4), hMPV, adenovirus, entero-rhinovirus, coronaviruses, and bocavirus in the presence of an internal control. According to the company, this comprehensive test can identify multiple pathogens from a single sample for “better patient management and disease surveillance.” The test results are obtained for 96 samples in 8 hours.

In June 2010, Luminex was awarded an American Business Award for the Most Innovative Company for its MAGPIX system (tests 96 samples in a multiplex format). Additionally, due to its design and weight (less than 40 pounds), the system is easy to install. Luminex’s MAGPIX is used in infectious diseases settings such as in Port-au-Prince, Haiti, for cholera detection.

Focus Diagnostics targeted the H1N1 genetic code to develop a PCR test enabling identification and differentiation of this strain from other influenza A viruses. The company offers the Simplexa Influenza A H1N1 (2009) test on the 3M Integrated Cycler.

Besides molecular diagnostics and subtyping products, the standard state-of-the-art products for influenza detection are still used in batch sampling in large diagnostics laboratories. In the rapid testing world, a known player is the BinaxNOW® Influenza A & B test from Alere Inc, Waltham, Mass. A CLIA-waived point-of-care test, the BinaxNOW Influenza A & B test is used for differentiating influenza A and B with limited pathogen exposure and test results in about 15 minutes. With nasopharyngeal swab and nasal wash/aspirate specimens, the test uses in vitro immunochromatography for a qualitative differentiation of influenza A and B. According to Alere, this test is for a rapid diagnosis to monitor and control infection. However, the company also expects all tests to be confirmed by culture, as with most rapid point-of-care tests.

Similarly, the QuickVue Influenza A + B test from Quidel, San Diego, differentiates the two strains using aspirates and NP swabs, in a rapid test with results in less than 10 minutes. Diagnostic Hybrids, a Quidel company, has D3 FastPoint fluorescent technology, combining FITC and R-PE-labeled antibody in one reagent, which can be read using a single filter set, yielding rapid virus identification of more than eight viruses, including influenza A and B, in less than 25 minutes. Called the D3 FastPoint, the test detects influenza A/B, RSV, hMPV, adenovirus, and HPIV (1-3).

While immunological tests have been the best way for rapid tests to be conducted in urgent care or large laboratories, an innovative method to introduce molecular testing for influenza and influenza-like infections has been presented by Idaho Technology Inc, Salt Lake City. An innovator in rapid real-time PCR detection technologies, Idaho Technology has introduced its FilmArray Respiratory Viral Panel test, FDA-cleared in May 2011. It can detect multiple upper respiratory tract infections such as influenza A/H1, H/2009, A/H3, B, coronaviruses, RSV, HPIV (1-4), and rhino/enterovirus with less than 2 minutes hands-on time and results in less than 1 hour. CEO Kirk Ririe has said that many hospital clinical labs that may have avoided molecular testing in the past view the FilmArray RP assay as an easy way to usher in molecular diagnostic testing online in their institutions.

Quest Diagnostics’ Lieberman notes that the 2010-’11 flu season was certainly not as intense as the previous year, which was obviously dominated by the H1N1 2009 pandemic virus. However, rates of hospitalization for people 65 years and older was higher than 2009, with 108 lab-confirmed, flu-associated pediatric deaths. “Interestingly,” Lieberman notes, “H3N2, H1N1, and B strains circulated, but each strain varied by region and by week.” He stresses that predictions about influenza are notoriously difficult, but we may get insight of what the season will be like following the trends in the southern hemisphere during their winter.

Gen-Probe’s Steven Visuri, senior director, R&D, Prodesse Products, agrees. “As of June, the 2011 influenza season in the US, Canada, and Europe has declined, consistent with normal seasonal patterns,” he says. “It is difficult to predict what the new flu season will bring.” According to the FDA’s Vaccines and Related Biological Products Advisory Committee, the 2011-’12 trivalent influenza vaccine is expected to be the same as it was last year, so the bets are the strains next year will be similar to this one.

Most companies agree that the future of rapid diagnostics is molecular. Not only is the sensitivity and specificity very accurate, the ease of use, along with reduction in patient care, diagnosis time, and infection surveillance, are key factors in the next-generation products. “The influenza rapid antigen tests used in many emergency departments and urgent care centers provide answers quickly, but these tests lack sensitivity, as was clearly shown during the pandemic 2009 H1N1 outbreak,” Lieberman says. “PCR testing is more sensitive, but waiting for results from a reference lab can be a barrier to timely clinical decisions.” Therefore, platforms such as Simplexa/3M Integrated Cycler or Gen-Probe’s ProFlu+ tests with minimal sample handling and improved sample-to-answer runs are very attractive to urgent care clinics, smaller hospitals, and laboratories. 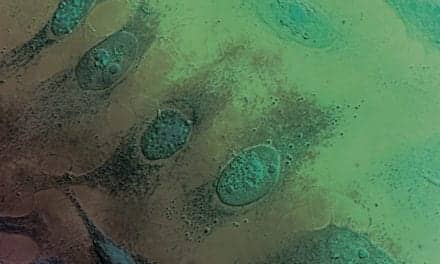