Policies allowing genes to be patented can make it more difficult for patients to access testing for important disease-causing gene mutations, according to a series of papers in a special online supplement published by Genetics in Medicine, the official peer-reviewed journal of The American College of Medical Genetics (ACMG).

The journal is published by Lippincott Williams & Wilkins, a part of Wolters Kluwer Health, a leading provider of information and business intelligence for students, professionals, and institutions in medicine, nursing, allied health, and pharmacy.

Two years in the making, the supplement was coincidentally published within days after a landmark court decision that invalidated patents on genes predisposing to breast cancer and ovarian cancer. The special supplement presents a series of in-depth case studies showing how gene licensing and patenting policies affect patient access to testing for disease-causing genes. "The case studies…demonstrate a number of harms that result from gene patents in the diagnostic arena," according to an introductory editorial by Jim Evans, MD, PhD, Editor-in-Chief of Genetics in Medicine.

The court decision, handed down in late March, overturns patents on the genes BRCA1 and BRCA2, which had been held by the US.biotechnology company Myriad Genetics. In the decision, a US District Court judge ruled that the DNA sequences isolated by the company are "unpatentable products of nature."

This validates the expressed position of the ACMG, which joined with other leading organizations and experts as plaintiffs opposing the BRCA1/2 patents. "The invalidation of gene patents will allow patients to get second opinions on test results, encourage quality improvement of current testing, allow researchers to develop new and better methods of testing and decrease costs of laboratory testing," comments ACMG Executive Director Michael S. Watson, PhD. "This is a huge, huge victory for better patient care."

The ten case studies in the new supplement—titled "Patently Complicated"—were produced by the Duke Center for Public Genomics. They were commissioned by the Secretary’s Advisory Committee on Genetics, Health, and Society (SACGHS), which advises the Secretary of Health and Human Services on issues related to genetic technologies. Based in part on the studies by the Duke team, a recent SACGHS report on gene patents included a recommendation for legislation "that would make those who use patented genes for research or medical diagnosis exempt from claims of infringement."

The case studies illustrate several ways in which gene patents have the potential to cause harm to patients. The foremost example occurs when patent holders retain exclusive rights or issue exclusive patents, allowing only a single laboratory to perform a certain test—this was the case with the BRCA1/2 patents. "In such circumstances, patient access to testing can suffer…leaving patients without the option of a given genetic test should it be recommended by their provider," Dr Evans writes. Such exclusive licenses also raise concerns about quality control and the ability to obtain second opinion testing.

The case of cystic fibrosis provides a key example that "gene patents and the lure of exclusivity are not needed for the development and wide availability of genetic diagnostic tests," according to Dr Evans. The laboratories that first cloned the CFTR gene 20 years ago worked to ensure broad licensing, allowing many laboratories to compete in terms of "service, innovation, and quality." Dr Evans adds that, in all of the case studies, the company that held exclusive intellectual property rights to a gene was not the first to develop a test.

Despite the landmark decision, the debate over gene patents is likely to continue in the years ahead. Patent rules for health-related issues should be different from those for "mere commodities," and benefit to patients should be "the final arbiter of policy," according to Dr Evans. 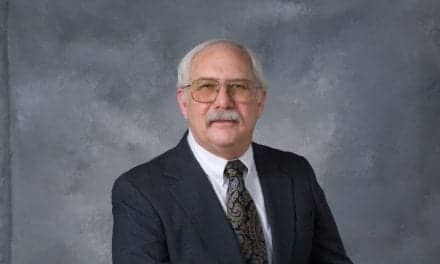 From the Editor: AACC Comes to Philadelphia