Trinity Biotech plc announced that it had closed its deal to dispose of its coagulation business to the Stago Group.

Trinity Biotech has sold its worldwide Coagulation business to the Stago Group for $90m of which $67.5m was paid on closing. A further $11.25m will be paid on the first anniversary of closing and the remaining $11.25m on the second anniversary of closing. No conditions or earnout provisions will apply to this deferred element of the consideration which is supported by a bank guarantee. A further $4m will be released to working capital following the collection of existing accounts receivables. Trinity has used the first tranche of the proceeds to repay all of its bank debts and to boost its cash reserves to in excess of $45m.

In total, 320 Trinity employees have transferred to Stago and all their contractual rights and benefits under their existing employment arrangements will be honoured. Stago will continue manufacturing coagulation reagents in Bray, Ireland and will invest in upgrading this facility. They have also taken over Trinity’s manufacturing facility in Germany where they will manufacture the Destiny range of instruments. In addition, a number of Trinity sales and marketing personnel in the USA, UK, Germany and France have transferred to Stago. All active contracts with customers and distributors have been assigned to Stago under their existing terms and arrangements.

Given that coagulation revenues had been decreasing over the past number of years it was felt that the price, which represents over 100% of Trinity’s average market capitalisation over the 3 months prior to the deal, was a good one and represented excellent shareholder value. Following the transaction, which will reduce revenues by approximately 40%, Trinity expects annualised revenues to be $72m whilst EPS will continue to be 90% to 100% of existing levels (51-57 cent EPS).

Trinity will now concentrate on developing its point-of-care business (POC) where the focus will be on Infectious Diseases, HbA1c and Coagulation, which all have double digit growth rates and each have a market size exceeding $300m. 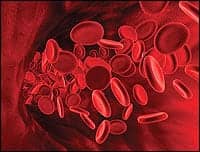