Over the years, academic researchers and corporations have attempted to develop a system for applying computer technology to the screening of slides, with the ultimate goal of easing the burden on cytotechnologists responsible for reviewing the ever-increasing numbers of Pap samples. Cytyc was founded to develop such an imaging system in 1987. However, before the company could address the issues of computer-assisted screening, it was determined that there first needed to be a higher quality Pap test slide. Thus, in 1996, Cytyc introduced the ThinPrep Pap test, a replacement for the 60-year-old Pap smear for cervical cancer screening. The ThinPrep Pap test is a liquid-based Pap test that employs a fluid preservative for cell collection and transport and an automated slide-preparation device that uses a controlled membrane transfer process to eliminate debris and collect a representative portion of cells onto a slide in a uniform, even layer. A ThinPrep Pap test slide is cleared of nondiagnostic debris, free of obscuring blood, mucus, and inflammation. The superior sample results in improved detection of precursors to cervical cancer. The ThinPrep Pap test is highly regarded for its rapid acceptance by physicians, women, and insurance providers. Today, more than two thirds of Pap tests performed in the United States are done using the ThinPrep system.

The imager processing computer stores comprehensive slide information on the system and backs up all slide data on a mirrored hard drive.

While the ThinPrep Pap test was gaining acceptance in the medical community, Cytyc continued to work toward its ultimate goal of designing an imaging system to assist the cytotechnologist. These efforts would attempt to address an issue occurring in laboratories across the country: the need for an improved, automated and expedited review of Pap test slides, without compromising the accuracy of manual review. In 2003, after years of development, the US Food and Drug Administration approved Cytyc’s ThinPrep Imaging System, a computer-assisted primary screening system that provides increased screening productivity and improved diagnostic performance.

In brief, the ThinPrep Imaging System relies on an efficient combination of technology and human interpretation to review lab samples. It comprises three components:

The imager’s unique approach is to screen all ThinPrep Pap test slides prior to cytotechnologist review, locating 22 fields of view for every slide. The cytologist then uses the review scope to examine each field of view in geographic order, using a mouselike joystick to navigate the slide. With the Imager, the cytotechnologist can focus on classification skills, since the objects of greatest interest have been located by the imager. This results in increased screening productivity and improved diagnostic performance. For cases where an abnormality is seen in the 22 fields or elsewhere, the cytologist screens the entire slide prior to physical marking. Abnormal areas requiring pathologist review are indicated by the imager’s precision slide “L” mark.

If no abnormalities are detected in the 22 fields, the cytologist may sign the case out as normal. When the cytotechnologist is finished reviewing the slide, the imager processing computer stores all electronic marks and related slide information. The imaging system is expandable to meet the unique needs of different laboratories. For example, one or more review scopes can work together to enable cytotechnologists working in the same lab to concurrently use the system. It is also important to note that technicians can manually screen any slide at any time during the review process.

The individual workload for cytotechnologists using the ThinPrep Imaging System is established by the technical supervisor of each laboratory based on their quality assurance and quality-control systems. The CLIA workload limit has been established at 200 slides for each 8-hour workday, compared to 100 slides per day in 100% manual-review laboratories. Many, if not most personnel using the system realize a doubling of their screening throughput as compared to a manual method.

One clinical study of the ThinPrep Imaging System presented at the November 2003 meeting of the American Society of Cytopathology used a matched pair method to compare cytologic diagnoses obtained by manual review with those obtained by imager review. More than 10,000 cases were examined. These included specimens obtained during specific time intervals and randomly seeded known abnormalities obtained at four different cytology laboratories. Imager review diagnoses agreed with manual review in 93% of the cases and study results showed the imager provides:

Concurrent results found that all cytologists increased their daily screening rates with the imager an average of 93%. The study concluded that the imaging system greatly increases cytotechnologist screening productivity while at least maintaining, and sometimes improving, sensitivity and specificity at all diagnostic levels. The system also shows potential for improving cytotechnologists’ quality of life and job satisfaction. Study participants reported a number of benefits, such as reduced fatigue, ease of use, and the ability to focus one’s expertise on specific fields of interest.

As of June, more than 78 laboratories have chosen to implement the ThinPrep Imaging System in the United States and abroad. Customers report improved accuracy, improved productivity, and less fatigue when using the system. The most important quality of the ThinPrep Imaging System remains the integration of the human component with computer technology, which maximizes efficiency while ultimately relying on the expertise of cytotechnologists and pathologists to identify potentially life-threatening conditions for patients. 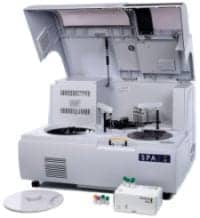 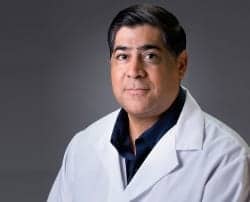