Women Are Put to the Test 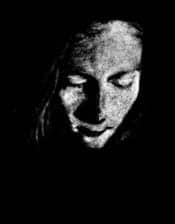 Hillary Clinton may have cracked the glass ceiling for women everywhere, but in terms of disease, women have already broken through. Heart disease and cancer are the top two killers for both men and women. Cancer was responsible for 22% of female deaths in 2004, trailing heart disease by less than five percentage points.1

Since the last election, lung cancer has eclipsed breast cancer as the most deadly cancer for women. One analysis suggests that lung cancer kills more women than breast cancer, ovarian cancer, and uterine cancer combined.2

The National Cancer Institute (NCI) estimates that 98,620 women in the United States will have been diagnosed with the disease in 2007 and that 70,880 women will have died.3 Much to the dismay of the medical community, lung cancer rates have been rising in women, even while declining in men. Efforts to improve outcomes with treatment are hampered by the lack of a cost-efficient screening method. Many lung cancers are diagnosed at later, and more fatal, stages.

Efforts to fight other female cancers, however, have been more successful, particularly where screening procedures have been mandated. Many attribute the decline in cervical cancers to mainstream use of the Pap smear and the decrease in breast cancer incidence to regular mammography screens. Even so, the statistics are sobering.

Women’s health care practitioners are subsequently demanding clinically useful, cost-effective diagnostics. In some cases, earlier diagnosis can lead to earlier treatment and better outcomes. So manufacturers have responded. New platforms, technologies, and tests are constantly in development to meet those demands while addressing some of the challenges labs are facing today.

“It is a challenge to move to an environment where cytology labs can have more throughput, more accuracy, and more objective results,” says John Cousins, president of Biomoda Inc, Albuquerque, NM. Most often, the technologist is needed to interpret every result and to do so subjectively. Much time is spent processing normal specimens rather than interpreting abnormal ones.

Yes-or-no processes, however, can simplify protocols, improving accuracy, increasing productivity, and enabling automation. Biomoda seeks to develop lung diagnostics that offer yes-or-no results using the molecular marker Tetrakis Carboxy Phenyl Porphine, or TCPP. TCPP adheres to the lipoprotein receptor sites on cancer cells of any type. Because it is a chemical compound, the porphyrin is more stable than biomarkers and works with any type of cancer cell.

When the stain is applied and exposed to particular wavelengths of fluorescent light, it causes abnormal cells to glow. The degree of fluorescence is proportional to the abnormality of the cell. “Under the UV light, it glows red or it doesn’t, so the technologist does not need any expertise to run the test,” Cousins says. The company is working with sputum, blood, urine, and other sample types (such as ductal lavage) to determine specific indications for use.

Because of this certainty and simplicity, Cousins expects the test to be easy to automate. A reader will put aside glowing samples for examination by the technologist, increasing throughput by permitting technologists to focus on abnormal specimens. “Large population screening becomes feasible because the cytologist doesn’t have to look at every sample,” Cousins says.

Biomoda is developing both an automatic slide reader and an assay for a flow cytometer under the brand name CyPath. The tests are intended to permit detection of lung cancer at earlier stages than are commonly diagnosed today.

Manual labor is minimized where possible; for instance, the instrument will prepare unstable chromagens approximately 5 minutes before use to ensure integrity. Eventually, the company aims to integrate readily with the top laboratory information systems on the market. Bidirectional electronic communication eliminates the manual aspect and its subsequent error rate.

The testing menu, featuring 20 procedures, does not focus solely on women’s health but does include multiplex testing for breast cancer differentiation. Biocare specializes in multi-engine testing, where the primary antibodies are cocktailed together and applied at the same time rather than separately. “The technology saves as much as 50 percent of the cost of performing the same tests on individual slides,” says Joe Myers, MS, CT(ASCP), senior applications specialist for Biocare. Eighteen of the procedures performed on the intelliPATH are of the cocktail variety.

Further differentiation of breast cancers can be determined with the CK5 + p63 and CK8/18 multiplex stain. Invasive and noninvasive breast lesions are distinguished from one another through the presence or absence of myoepithelium (CK5 and/or p63) and glandular staining (CK8/18). Hyperplasia and atypical hyperplasia also can be differentiated: brown and red cells indicate a benign specimen while red alone indicates abnormal cells.

“Tests must be clinically useful to be adopted by clinicians,” Myers says. Early detection systems can provide that utility.

The Pap smear has been extremely successful in providing clinically useful information since its widespread use in the 1970s.4 The test identifies not only early-stage cervical cancer but also precancerous lesions. Since the diagnostic has been mainstream, the incidence of cervical cancer has decreased by half and associated deaths have dropped 70%.4 New technologies aim to get those numbers even lower.

In 1996, ThinPrep by Hologic Inc (which merged with Cytyc Corp in the last year) was approved as a replacement test for the conventional Pap smear. FDA-approved in 2003, the imaging system provides computer-assisted detection in identifying abnormal cells for cytotechnologist review. The American Cancer Society lists the test as an option in its guidelines for cervical cancer screening.

Sample collection is completed when the specimen is rinsed from the sampling device into a ThinPrep vial containing a transport medium. This process captures more specimen cells to evaluate than the conventional method of smearing the sample on a slide.

The specimen vial is then processed by the ThinPrep 2000 Processor, which automatically mixes the specimen, filters it, and transfers the cellular matter to a glass slide. The goals, according to Austin, are to obtain a representative subsample with an increased number of cells from the collection device, perform media-less fixation, and maintain good preservation of nuclear detail.

Achieving those goals ensures accuracy. The company notes that more than 30 studies have been published in peer-reviewed journals, reporting on nearly 400,000 patients that show a significant increase in the detection of both low-grade and high-grade lesions using the ThinPrep Pap Test compared to the conventional Pap smear.5 “There is no question that this technology minimizes errors, particularly with cases where not a lot of high-grade cells are present,” Austin says.

Even though both conventional and newer Pap tests have been successful, they are not perfect. Inaccurate results can result in negative outcomes or unnecessary procedures (such as colposcopy or biopsy). In addition, the interpretations of the slides require cytologist intervention, always a problem in today’s labor-challenged environment.

HPV testing has filled some of these holes. Testing for the virus provides an ideal complementary tool to the Pap smear to help increase the sensitivity of the screening process. The ACS recommends HPV testing in conjunction with the Pap for women over 30 years old; for those under 30, the Pap alone will do (women under 30 are more likely to combat the virus through their immune systems).

Most HPV infections do not progress to cervical cancer but are cleared up by the woman’s immune system, particularly in those under 30 (hence the guideline). “Not everybody who has HPV will get cancer,” says Dina Mody, MD, president of the American Society of Cytopathology (ASC) in Wilmington, Del; director of cytopathology for the Methodist Hospital in Houston; and professor of pathology at Weill Cornell, New York City.

But almost all cervical carcinomas are associated with HPV infection. Research suggests that 60% to 70% of cervical cancer cases worldwide are caused by two of the variants, HPV16 and HPV18.6

The HPV test can help to clarify an uncertain Pap result or identify false negatives. Women over 30 who test positive for HPV but have a negative Pap may be monitored more closely by their physicians for abnormal cell development.

Pam Rasmussen, vice president of consumer marketing communications for Qiagen, Germantown, Md, notes the company has the only FDA-approved HPV test currently on the US market “at this point,” she says. The assay, acquired with Digene Corp, detects 13 high-risk HPV and five low-risk HPV types; a high-risk version identifies just the 13 high-risk strains.

Ikonisys, Inc, New Haven, Conn, will introduce this year an automated microscopic method to differentiate abnormal pap cases that are progressing to cancer. The system incorporates microscope hardware, operating and imaging software, and test-specific reagents. Goals of the system’s designers included the ability to identify one cell in a million and to do it with high throughput, according to Petros Tsipouras, Ikonisys CEO and chairman.

Samples are typically taken from the same specimen collected for the Pap and processed as a liquid cytology test. The slide is stained with a FISH probe specific to cervical cancer, scanned into the Ikoniscope, and analyzed for specific signals. Results can be turned around within 72 hours, though the average turnaround for a series of tests is three to four days.

The company plans to launch the test as a laboratory-developed diagnostic available through its CLIA lab and is currently in dialogue with the FDA regarding the clinical trials needed to approve it as a CLIA-distributed product.

Third Wave Technologies Inc, Madison, Wis, recently submitted FDA applications for its HPV diagnostics (the company was recently acquired by Hologic). The tests use nucleic acid testing technology to detect the unique DNA sequences associated with high-risk types of HPV. “There are 130 known types of HPV, and 14 of those types cause cervical cancer,” says Kevin Conroy, CEO of Third Wave.

One of the Third Wave diagnostics in development is designed to detect any of the 14 high-risk HPV strains; the second identifies whether either of the two highest-risk HPV viruses, HPV16 or HPV18, are present. The 14-strain test has demonstrated a negative predictive value greater than the study’s 99% goal.

The tests feature a 6-hour turnaround. “A typical lab can get 100 results a day using a manual method. A more automated solution will get them roughly 200 results a day,” Conroy says.

To stay up to date on women’s diagnostics, bookmark our website.

Conroy estimates that 20% to 30% of women in the United States today are getting both tests as part of their screens for cervical cancer. “Most women don’t realize that a Pap test is only 50 to 75 percent sensitive so you need to test more frequently to detect cervical cancer. HPV tests are more than 90 percent sensitive, so if a woman walks in with a problem, there is a 90 percent likelihood the physician will detect it,” Conroy says.

Together the two tests better stratify patients and may result in greater cost-efficiencies and improved outcomes. Already the Pap smear has contributed to a decline in cervical cancer. Tests for HPV and other cancers may show similar results and help these rates in women fall through the floor. 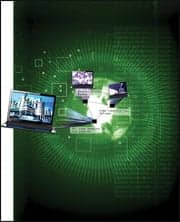 More In, More Out