A panel of experts charged with examining the criteria for screening and diagnosing diabetes found a significant need for improvement. The inquiry was spurred by estimates that some 6.2 million Americans have the condition but are unaware of it.

“Approximately 30% of people with diabetes in the United States are undiagnosed,” said Christopher Saudek, MD, of Johns Hopkins School of Medicine in Baltimore, Md, and lead author of the report. “There are serious deficiencies in the current criteria for diagnosing diabetes and these shortcomings are contributing to avoidable morbidity and mortality.”

Their conclusions and recommendations are in a new report accepted for publication in the Journal of Clinical Endocrinology & Metabolism.

One reason so many people with diabetes are undiagnosed is because commonly prescribed diagnostic tests require that a patient be fasting, which means people who have eaten on the day of a doctor visit will not be diagnosed unless they have quite advanced diabetes, he said.

As an alternative to the fasting-plasma-glucose or oral-glucose tolerance tests, the panel suggests incorporating another measurement of glucose, hemoglobin A1c (HbA1c), into criteria for screening and diagnosing diabetes.

Hemoglobin is the oxygen-carrying protein in red blood cells. HbA1c is a form of hemoglobin that reflects the average blood-glucose level over the previous several months, and has been used for a long time to indicate blood-sugar levels in patients with diabetes. But it has never been officially accepted as a way for doctors to screen for or diagnose diabetes.

Current recommendations of the American Diabetes Association were made a decade ago and they rejected the use of HbA1c as a diagnostic tool largely because it was considered at the time to be inadequately standardized and insensitive. The panel agrees it is time to revisit using HbA1c and include it as necessary criteria in screening and diagnosing diabetes in light of recent evidence.

Current accepted tests require patients to fast for at least 8 hours, but the measurement of HbA1c does not require fasting. HbA1c more accurately reflects longer-term glucose concentration in the blood, while other tests can easily be affected by short-term lifestyle changes, such as a few days of dieting or exercise. HbA1c lab methods have become standardized and reliable.

The panel recommends screening standards be established, whereby HbA1c greater than 6% would qualify as being in need of follow up, and HbA1c greater than or equal to 6.5% confirmed by a glucose-dependent test should establish the diagnosis of diabetes.

The article, “A New Look at Screening and Diagnosing Diabetes Mellitus,” will appear in the July issue. 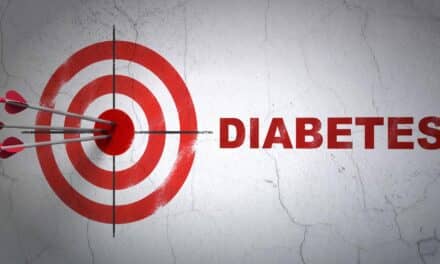 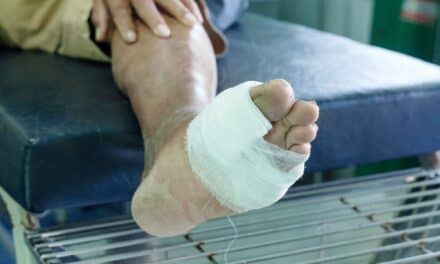 Low-Cost Sensors Could Be Key to Detecting Infections in Wounds