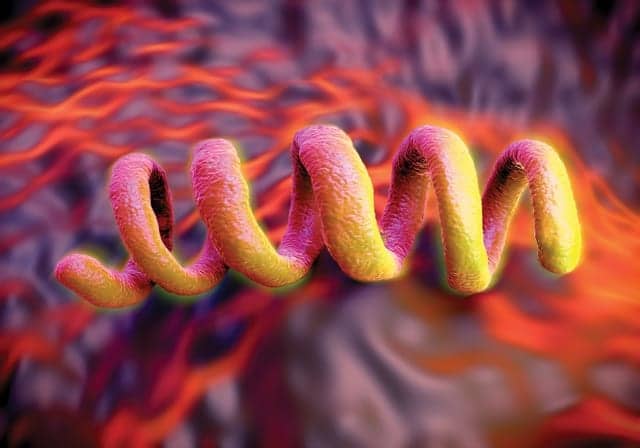 Black sexual minority men who give and receive support within their social networks are more likely to be tested for syphilis, and therefore, nurses should prepare patients to inform and encourage their social networks to seek testing for syphilis, HIV, and other sexually transmitted infections (STIs), according to The Journal of the Association of Nurses in AIDS Care (JANAC).

JANAC is an official journal of the Association of Nurses in AIDS Care.

Over the last 20 years, the number of syphilis cases in the United States has increased by more than 400%, according to Omeid Heidari, PhD, MPH, ANP-C, assistant professor at the University of Washington School of Nursing in Seattle, and colleagues. Most of the increase occurred among men, particularly gay, bisexual, and other sexual minority men. Furthermore, Black sexual minority men, including those with HIV, have disproportionate rates of syphilis infection. Left untreated, syphilis can damage the heart, brain, or other organs, and it can be fatal.

Encouraging others to get tested for syphilis is associated with a nearly two-fold increase in individual STI testing, according to the report published in JANAC.

The odds of syphilis testing increased 89% for each increase in the number of network members who had been encouraged to get a syphilis test. Furthermore, men who reported feeling comfortable accompanying a friend for HIV/STI testing were more than twice as likely to have been tested for syphilis as those who said they would be uncomfortable.

Some other important characteristics of men who went to be tested for syphilis were; they had more people in their network they said they could talk to about HIV testing and ask for health advice, they reported a significantly higher number of people they could talk to about private matters, and they were twice as likely to say that 75% to 100% of their friends think it’s important to tell their healthcare providers they have sex with men, compared with men who said none of their friends think that.

Indeed, network approaches to testing and treatment can promote positive social norms around testing and leverage for hard-to-reach populations.

“Through increased social support, individuals can increase their self-efficacy and gain more confidence in their ability to perform health-promoting behaviors … Public health campaigns should include messaging about STI testing as well as PrEP (pre-exposure prophylaxis) and utilize widespread outreach to increase uptake and messaging about testing for STIs,” Heidari and colleagues say. “Providers should equip patients with knowledge and training, so their patients can inform and encourage their social networks to seek HIV and STI testing. Through peer educator training, patients in PrEP care can serve as ambassadors to their networks about HIV and STI transmission, prevention, and treatment.” 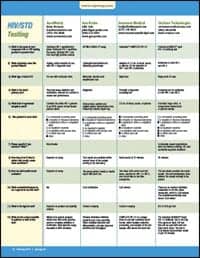 Testing for HIV and STDs