How to Design a Multiple Instruments QC Procedure 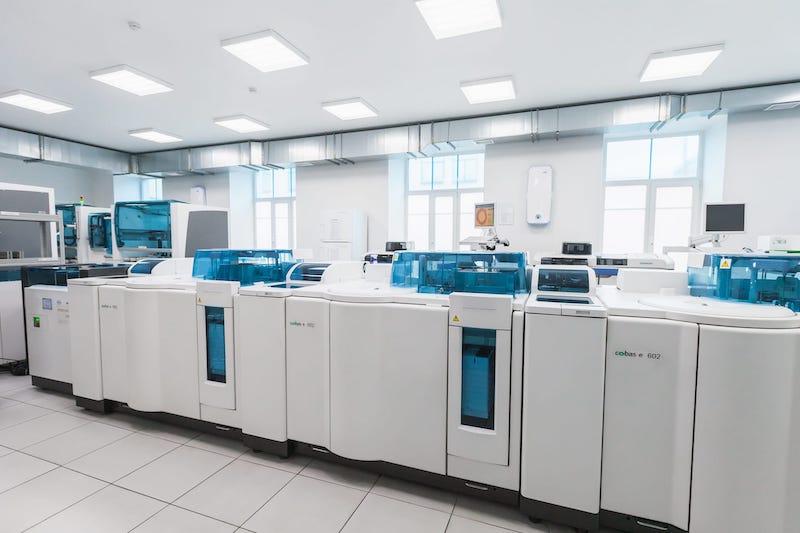 Multiple instruments testing as the core of a quality control procedure provides a number of advantages and complexities for clinical laboratories.

By John Yundt-Pacheco and Nico Vandepoele

With the increase in volume of patient testing, clinical laboratories are increasing capacity through higher throughput instrumentation or bolting on capacity by adding new identical instruments. In order to simplify quality control (QC) management, some laboratories have turned to using a single mean and single standard deviation (SD) across multiple instruments, which have a number of advantages.

A recent study1 explored this approach by evaluating lab data to understand the impact on patient risk of harm from erroneous results when a single QC target is used for multi-instrument testing the same analyte instead of individual, instrument QC targets. The impact of using a single QC SD instead of individual, instrument QC SDs on the distribution of false rejections was also evaluated.

The impact of using QC targets based on the individual instrument means vs. a single QC target based on the mean of the instruments can be understood by considering a simple QC rule where control limits are computed as QC target ± k*QC SD’s (ex. k=2 for the classic 1:2s QC rule). If the same k and QC SDs are used, there is an equal amount of drift in the QC mean around the QC target in the upward and downward direction before a QC rejection takes place. When there are several instruments testing the same analyte, there are usually multiple biases between individual instrument means and the mean of all the instruments.

If a single QC target (the mean of all the instruments) is used for all the instruments, there will be less tolerance for drift in the same direction of a bias and more tolerance for a drift in the other direction which will reduce bias and improve test method performance. This results in a reduction of risk for the worst-case scenario. See Figure 2.

Using a single QC target for managing testing for several units the same analyte reduces the risk of patient harm from erroneous results since the maximum risk will always be less than using individual instrument means for QC targets. The worst-case scenario for a single QC target is better than the worst-case scenario for using individual instrument means.

In the aforementioned study, the maximum RMIs were computed for each of the QC strategies studied. In each case, the greatest risk was found when using individual instrument means for QC targets. Using a single QC target reduced risk in the worst case.

When a single QC target and a single QC SD cannot be used because the SD required would be too large, the population of instruments should be evaluated. There will usually be an outlier instrument that has a significantly higher bias or worse precision. If possible, steps should be taken to improve the performance of the outlier instrument such that its performance returns to similar performance as the group. If this is not possible, it’s QC design will need to be managed outside of the group. Fortunately, this is fairly uncommon.

The Impact on Laboratory Management

More importantly, in addition to having few QC items to maintain this practice will reduce the risk of patient harm from erroneous results in the worst case when compared to using individual instrument means, and redistribute false rejections from the best performing units to the worst performers.

The complexity of having testing multiple units the same analyte requires greater attention to QC design than the simple case of only having a single instrument testing an analyte because of the additional risk of patient harm from erroneous results introduced from the bias between units. Using single QC target/SD will help mitigate the risk and make managing your QC program easier.

John Yundt-Pacheco, MSCS, is a scientific fellow who performs research in quality control and patient risk issues in the Informatics Discovery Group at Bio-Rad. He has had the opportunity to work with laboratories around the world, developing practical real-time, inter-laboratory quality control and proficiency testing systems.

Nico Vandepoele, BSc, serves as scientific and professional affairs manager for Bio-Rad Laboratories Quality Systems Division. He works to promote an understanding of laboratory regulations and best practices as they pertain to QC and EQA/PT programs. 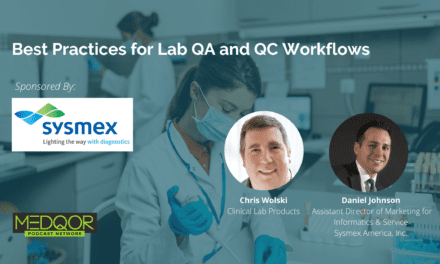