The American Clinical Laboratory Association (ACLA) has praised the House of Representatives for overwhelmingly passing the Medicare Improvement for Patients and Providers Act of 2008, known as HR 6331.

“Medicare beneficiaries can thank the House for recognizing the negative impact
this program would have on seniors’ access to high-quality laboratory services,”
said Alan Mertz, president of ACLA. “We have long opposed the competitive-bidding project, not only because of the concern for beneficiaries’ care, but because it imposes unworkable requirements and ignores the complexity of laboratory services and the differences in types of tests and laboratories.

The bill extends the technical component grandfather clause for 18 months, and averts a 10.1% cut in the Medicare physician-fee schedule, which is due to occur July 1.

In April 2008, a federal district court in San Diego issued a preliminary injunction, halting the competitive-bidding demonstration slated to begin in San Diego on July 1, 2008. The District judge cited the potential for “irreparable harm” to Medicare beneficiaries and the laboratories that serve them.

“Ironically, competitive bidding for laboratory services would have resulted in less competition and lower quality of services,” Mertz said.

The US Senate is expected to vote on similar legislation this week. 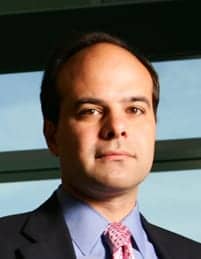