Since the cloning of the CFTR (cystic fibrosis transmembrane conductance regulator) gene in 1989, as well as the discovery of the mutation delta-F508 in 70 percent of Caucasian carriers, researchers and clinicians have sought to develop a method for population-based carrier screening for cystic fibrosis (CF). Subsequent discoveries of close to 1,000 uncommon CF mutations prompted debate within the medical community about the utility of a widespread screening program with such low sensitivity: screening for delta-F508 alone in whites identifies only about 50 percent of couples at risk of producing a CF child. Although screening programs for other genetic diseases had been in practice for years, it soon became clear that issues specific to CF would require a consensus of stakeholders prior to implementation of such a widespread and costly program.

In 1997 the NIH called upon various entities to address these issues and develop guidelines for carrier screening, including laboratory standardization and recommendations for clinical implementation. In a joint effort of the American College of Medical Genetics (ACMG), the American College of Obstetricians and Gynecologists (ACOG) and the National Human Genome Research Institute, recommendations were developed and eventually published in 2001. These guidelines not only address who should be offered screening, but also provide a panel of mutations to be tested and offer suggested laboratory reporting procedures. In addition, patient education materials that discuss the test, results and referral to counseling are made available to clinicians. “Very clearly, as we were developing these guidelines, we recognized that this process would be a prototype for future screening recommendations,” said Michael Greene, M.D., director of maternal/fetal medicine at Massachusetts General Hospital, and co-chair of the provider education group of the CF Steering Committee.

One in 31 million Americans — more than 10 million people — is a symptomless carrier of CF. CF is the most common lethal autosomal recessive disorder in North America. Disease incidence varies with race; CF mostly affects the Caucasian population with higher frequencies noted among several ethnic groups. Studies indicate an incidence range of between one in 2,000 to 4,000 newborns in whites of European origin, with one in 17,000 for African Americans, and one in 80,000 for Native Americans. CF is characterized by chronic pulmonary obstruction, exocrine pancreatic insufficiency and elevated levels of sodium and chloride in sweat. In addition, males diagnosed with CF are almost always infertile due to the bilateral absence of the vas deferens. The pathophysiology of the disease stems from abnormal chloride and sodium permeability due to a dysfunction of the CFTR, resulting in impaired water movement across epithelial cell membranes. This in turn reduces hydration of mucus secretions, which become viscous and obstruct lung airways and pancreatic ducts, causing progressive disease in both organs. Although disease severity is extremely variable, the major cause of morbidity and mortality in CF patients is the progressive destruction of lung tissue. In 1993, life expectancy for patients was 27.3 and 29.6 years for females and males respectively. Since then, life span has increased, due most likely to early and aggressive antibiotic and anti-inflammatory therapies. Currently, 38.7 percent of the people with CF in the United States are 18 years of age or older. Since 1988, the number of adults with CF has grown by 97 percent.

About 60 percent of CF patients are diagnosed before one year of age; almost 90 percent are diagnosed by age ten. Infants typically present with failure to thrive, pulmonary complications, and a “salty” taste to their sweat. Confirmatory diagnosis includes characteristic clinical findings of pulmonary and/or gastrointestinal involvement, familial history of CF, and either sweat chloride concentrations of greater than 60 mM or mutations known to cause CF in both CFTR genes. The most acceptable sweat test is the quantitative pilocarpine iontophoresis test (Gibson-Cooke), where 75 to 100 mg of sweat is collected, weighed and analyzed for chloride and sodium concentrations. Because some CF patients can exhibit normal sweat electrolyte levels, diagnosis can be aided by fecal fat determination to assess for pancreatic function, or by elevated levels of serum trypsinogen.

Disease patterns are variable, and treatment plans for CF patients are highly customized depending upon the age of the patient, severity of disease, and the organs involved. Medical therapy includes nutritional and respiratory support, chest physical therapy requiring rigorous percussion to dislodge mucus, inhalation therapy, oral and IV antibiotics and administration of anti-inflammatory agents. Surgical therapy can include lobectomy, bronchial artery embolization, and thoracotomy tube insertion. In end-stage disease, some patients are candidates for lung transplantation. Novel therapies under development include gene replacement for normal CFTR to affected tissues, treatments targeting CFTR protein replacement, and new treatments to control infection and inflammation, including vaccination against P. aeruginosa infection, and prednisone and nonsteroidal anti-inflammatory agent administration. According to the Cystic Fibrosis Foundation (CFF), more than 180 people in the U.S. have already undergone their first experimental gene therapy treatment.

Although the CF gene was discovered in 1989, guidelines for CF carrier screening were not published until 2001. “I believe there are two main aspects that have fueled the debate and held up the final recommendations,” said Wayne Grody, MD, PhD, director of the diagnostic molecular pathology laboratory at the UCLA School of Medicine and co-chair of the laboratory standards working group of the CF Steering Committee. ”One is the complexity of the gene, the fact that there are so many different mutations found in different patients, which makes testing and genetic counseling difficult… Most of the mutations are very rare, which doesn’t make it cost effective to screen for all of them. But even among the more common ones, deciding just how many of those mutations to include in the test panel was a big part of the discussion over these years,” said Grody. The other issue that prompted debate is that unlike other genetic diseases currently screened for, such as Tay-Sachs disease, CF presentation is highly variable and does not include mental retardation, creating incredibly complex ethical issues. “Many patients are very severely affected, and have a decreased life expectancy. A rare minority has relatively mild symptoms, and some may not even know they have a mutation in the gene. Here we are proposing a nationwide screening program of the general population, far more extensive than the Tay-Sachs program, … and yet it is aimed at a disease to which people have very different reactions,” he added.

According to Grody, the recommendation for the test panel involved a thoughtful and deliberate process which included information from a series of pilot studies, as well as evaluation of scientific information discovered about the gene over the course of guideline development. “We worked to determine what and how many mutations should be on the panel, and whether it should be ethnic-specific or a global, universal panel. We deliberated for two years, and in the end chose a panel of 25 mutations.” To arrive at these specific mutations, Grody’s subcommittee examined the CF patient registry, which contains the genotype of about 15,000 patients. Any CF mutation found in a frequency of 0.1 percent or higher was included in the panel.

In addition to carrier screening, some state health organizations have begun to screen newborns for CF using some version of the 25-mutation panel. However, newborn screening remains controversial due to several economic and ethical considerations. “CF is a disease that can be diagnosed quite readily by looking and observing,” said Ronald C. McGlennen, M.D., associate professor of pathology at the University of Minnesota medical school, and medical director for Esoterix Medical Genetics. “Newborn screening has to fulfill several criteria,” he added. “First, the test must be cheap. However newborn CF screening is often done at state-based laboratories, and can cost between two and three hundred dollars a test. Second, screening at the newborn level inherently means that you can do something about the disease. One could argue that early intervention in CF prevents some complications, but clearly we are not at the junction where we can prevent disease. Third, testing must be broadly available. Right now, there is not enough laboratory horsepower to offer CF testing coast to coast…We have to be careful not to make CF testing available only to people in metropolitan areas, because that starts to defeat the idea of newborn screening.” Newborn screening also presents the problem of identifying CF carriers in otherwise healthy children, which has both psychological and social implications. In addition, many clinicians are not convinced that early diagnosis and initiation of treatment prior to symptom onset is of value.

The wide clinical variability of the disease, coupled with the fact that not all CFTR mutations cause CF, has prompted researchers to consider a functional assay of the faulty protein, rather than trying to identify the specific mutation. “Imagine a test where we don’t look at the DNA from an individual and ask if there is a mutation,” said McGlennen. “Instead, we isolate the patient’s CF protein, place it into a naïve cell culture, and perform a functional test for the protein. We simply ask, does the protein work or not,” he explained. Although an admittedly esoteric process, McGlennen envisions that functional assays for proteins will become an important tool in diagnosing all types of disease. “The era of proteomics is upon us, where we will perform cellular biology in the lab,” he added.

Many laboratorians are excited at the prospect of CF testing, as well as other molecular diagnostics, to move to the hospital setting. “I believe that the time is right to introduce molecular genetics into a much larger number of laboratories,” said McGlennen. “The technology has been simplified such that a host of hospitals, physician offices and clinical labs can accommodate at least some level of molecular genetics,” he added. Those in the genetics community emphasize the importance of understanding that results are often reduced to probabilities, and many more patients will now be referred to already over-taxed genetic counseling services. “We do expect these assays to become more automated. At that point, some testing could move out of the high-complexity genetics lab and into routine clinical chemistry,” said Grody. “Even if the analytical part becomes easier, however, the interpretive part is very complex, and CF is a perfect example of that. It is not clear as to whether an automated instrument will be able to deal with these complexities on the reporting end,” Grody added.

With burgeoning advances in technology like DNA “chips” and the possibility of functional assays for proteins, the clinical laboratory is poised for change. So dust-off your genetics and molecular biology texts, and be prepared for some exciting times. And for those seeking more challenge, be careful what you wish for!

Louise Lazear is a freelance writer in Charlotte, N.C. 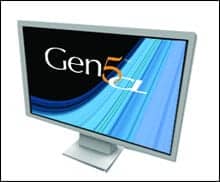 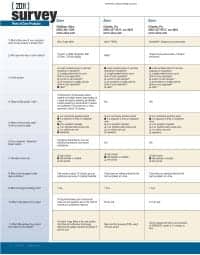