Biosearch Technologies Inc announced that the company has expanded its licenses from Roche Molecular Systems.

The expanded license grants Biosearch the right to manufacture and sell validated kits to the in-vitro diagnostic (IVD) marketplace as licensed products covered by multiple patents assigned to Roche. Kits sold to the IVD industry will comprise of probes, primers, enzymes, and any other essential reagents necessary to amplify and detect diagnostic targets.

Marc Beal, Director of Corporate Development at Biosearch Technologies, comments, “On September 16th, 2009, Biosearch took licenses to Roche patents covering practice of the 5’ Nuclease process, and later in the year, licensed the CDC patents describing the 2009 H1N1 and Influenza A Sub-typing signatures. With this expanded Roche license, Biosearch is poised to enter the IVD marketplace as a pivotal manufacturer of diagnostic kits."

As the inventor and patent holder of the BHQ® (Black Hole Quencher®), CAL Fluor®, and Quasar® dye technologies, Biosearch is the sole source offering access to these proprietary dyes for research application. Furthermore, Biosearch is the only company able to synthesize them into probes for incorporation into kits for diagnostic or commercial purposes. The series of BHQ dyes have become an essential component in the highest performing, frequently demanded qPCR assays in the IVD market, including the original 2009 H1N1 influenza assays purchased by public health and other qualified laboratories worldwide. 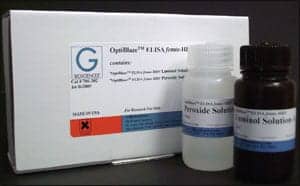