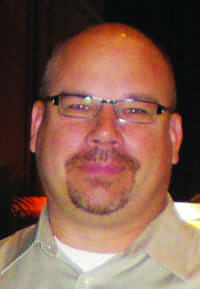 Background
Antibodies that an individual makes against his or her own cellular or tissue components are known as “autoantibodies.” Autoantibodies are caused by both genetic predisposition and environmental stimuli. These autoantibodies can be directed at a variety of self-expressed antigens and are the basis of laboratory testing for autoimmune diseases such as systemic lupus erythematosus (SLE), rheumatoid arthritis (RA), and scleroderma. Specific autoantibodies have been associated with some disease states, yet most autoantibodies do not cause disease and can be found at low levels in the healthy population.
The autoantibodies most closely related to SLE are antibodies to chromatin or one of its components (dsDNA and histone). Of these three autoantibodies, only anti-dsDNA is part of the American College of Rheumatology (ACR) classification criteria for SLE (ANA and anti-Sm are also included in the classification criteria).1,2 Anti-dsDNA has also been used as a tool to monitor lupus flares (disease exacerbations). More recently, these autoantibodies have been associated with renal involvement for patients with SLE. It is theorized that large antigen-antibody complexes form and damage the kidney during the filtration process, thus making detection of these antibodies clinically important for determination of treatment and prognosis in SLE patients.3

Anti-dsDNA
The anti-dsDNA assay is one of the few autoantibodies that can be “quantitatively” reported. The World Health Organization established the Wo/80 standard (200 IU/mL) for anti-dsDNA antibodies in

Crithidia luciliae Positive dsDNA1988. Many laboratorians are puzzled that the different anti-dsDNA assays do not correlate well on peer-testing surveys even though the methods are all referenced to the same international standard. The variation is primarily due to the relative avidity or overall strength of the antigen-antibody bonds that each assay detects.4 These differences in avidity have a great influence on the variation in quantitative values produced on specific samples. The Wo/80 standard is a high-avidity antibody and reacts at similar levels on all assay methods. Survey samples are heterogeneous, polyclonal mixtures of antibodies with different affinities (the strength of the bond between a single antibody and antigen). The reactivity of the sample, on a specific assay type, is directly related to the salt concentration and blocking reagents used in the assay. These parameters affect not only the observed concentration of specific samples, but also the cutoff levels (reference ranges) that are established for the assay.
The antigen source and antibody conjugate have a secondary effect on the kit performance. The antigen can be from a kinetoplast (small, circular DNA), purified from calf thymus (large, super-coiled DNA that may contain extraneous proteins), bacteriophage (short, linear DNA), or synthesis by PCR (very short segments of linear DNA). Contamination of the antigen with proteins or denatured ssDNA can be a source of false positive assay results. The specificity of the antibody conjugate will determine what antibody isotypes are detected by the assay (IgA, IgD, IgE, IgG, and IgM). Polyvalent antibody conjugates will react with multiple isotypes and will make the assay more sensitive and less specific. IgG-specific antibody conjugates are generally preferred to maximize assay specificity.
Three different methods are commonly used in US laboratories for the measurement of anti-dsDNA:
|1| Indirect-immunofluorescence assay (Crithidia luciliae on a glass slide) detects moderate-to-high-avidity antibodies to “native” DNA in the protozoan kinetoplast. This method has moderate sensitivity and high specificity.
|2| Enzyme-linked immunosorbent assay (microplate) detects low-to-high-avidity antibodies dependent upon the ionic strength of the buffers. This method has high sensitivity and moderate specificity.
|3| Multiplex bead array assay (flow cell detection) detects medium-to-high-avidity antibodies dependent upon the ionic strength of the buffers. This method has high sensitivity and
high specificity.
False (nonclinical) positive results for anti-dsDNA have been described in patients receiving anti-TNF therapy commonly used for autoimmune diseases such as RA and inflammatory bowel disease (IBD). This cross reactivity is thought to be caused by heterophile antibody production that is stimulated by the biological agent. The different anti-dsDNA assay methods are not equally affected by these heterophile antibodies. Enzyme-linked immunosorbent assays and indirect-immunofluorescence assays are greatly affected, whereas multiplex bead array assays are generally not affected.5 Another possible cause of false positive anti-dsDNA can be acute or chronic infections, including HIV, Parvo B19 virus, and BK virus.6,7

Anti-Chromatin
Chromatin is the macromolecular structure in a nucleus that organizes the DNA of the cell. The nucleosome is the functional unit of the chromatin where the double helix of dsDNA is wrapped twice around an octamer of histone proteins (two each of H2A, H2B, H3, and H4). This structure is involved in the regulation of the DNA expression. The antigen for anti-chromatin assays is usually derived by isolation of the chromatin from tissue substrates (most often calf thymus). The histone H1, which resides on the outside of the nucleosome structure, can be removed from the chromatin to minimize the detection of nonclinical autoantibodies.
Commercially available enzyme-linked immunosorbent assays for anti-chromatin (nucleosome) have only moderate concordance due to the lack of standardization of both antigens and international antibody standards. Anti-chromatin assays will detect multiple autoantibodies with specificities to dsDNA, histones, or conformational epitopes that are expressed through the nucleosome’s 3-D structure. Chromatin antibodies are sensitive, but not specific for SLE, and are commonly found in patients with other autoimmune diseases.8

Clinical Utilization of Anti-dsDNA and Anti-Chromatin Assays
Because low levels of autoantibodies are ubiquitous in the healthy population, autoantibody testing should only be performed on patients with clinical manifestations of an autoimmune disease. The pretest probability increases with the number of clinical symptoms exhibited by the patient. As the pretest probability of disease increases, the positive predictive value (PPV) of the test increases. Autoantibodies have been shown to predate clinical symptoms by years, but the probability of these patients developing an autoimmune disease has not been established.9 The risk of treatment usually outweighs the benefit in preclinical disease patients.
Testing for autoantibodies should always begin with an appropriate screening assay such as the antinuclear antibody (ANA) test. If the ANA screen is negative, but the physician has a high suspicion of autoimmune disease, a second, different ANA test method should be ordered. None of the commercially available ANA tests will detect all patients with autoimmune disease. If the patient has a positive ANA test, the specificity of the autoantibody(ies) should be established by more specific confirmatory assays. Determination of the antibody specificity can aid in the diagnosis, monitoring, and treatment of the disease.
Testing for multiple autoantibodies at one time and evaluating the results in parallel is the newest trend. This practice can be clinically beneficial for the anti-dsDNA and anti-chromatin assays. When evaluated as a group, PPV for SLE with renal involvement increases when both the anti-dsDNA and anti-chromatin are positive.10
The use of anti-dsDNA to monitor SLE patients is a common practice. To provide meaningful information, laboratories should choose a method that has good lot-to-lot precision because samples from the same patient are usually being tested months apart. Changing methods requires the laboratory to communicate the change to the rheumatologists. The laboratory should provide 1 to 3 months of parallel testing with both the old and new methods so that monitored patients can be “re-baselined.” The Crithidia IFA method is less desirable for monitoring SLE patients because it requires a four-fold change in titer to establish a flare. Enzyme-linked immunosorbent assays have a 15% to 20% lot-to-lot variation, which is acceptable for monitoring patients. The multiplex bead array assays have an 8% to 12% lot-to-lot variation and are a good choice for monitoring SLE patients.
Whichever assay is chosen, it is imperative to understand the performance characteristics and limitations of any given method. Sensitivity and specificity of the assay are significant, but the patient population (pediatric, indigent, or elderly) and the physician population (general practice or rheumatologists) are equally important. The latter will influence the pretest probability of disease within the population, which in turn greatly affects the PPV of the assay.

Tom Williamson is a senior product manager for immunology products at Bio-Rad Laboratories. He has more than 20 years of experience in autoantibody testing as a clinical laboratorian, technical specialist, and educator. His interest in autoimmunity stems from the high prevalence of these diseases in his family. For more information, contact Editor Judy O’Rourke, [email protected]. 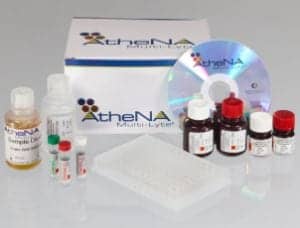