Depomed, Abbott Will Engage In Mediation to Resolve Commercialization Dispute

Menlo Park, Calif — Depomed Inc has announced that it will engage in a mediation process with Abbott Products Inc regarding Abbott’s
commercialization obligations related to DM-1796, an investigational, once-daily formulation of gabapentin for the management of
post-herpetic neuralgia (PHN). DM-1796 was developed by Depomed and is licensed to Abbott Products in the United States, Canada and Mexico for the treatment of pain.

Carl Pelzel, Depomed’s president and CEO, said, "We believe DM-1796 meets an important need for sufferers of PHN, as evidenced by the FDA’s decision to grant DM-1796 Orphan Drug status on the basis of its side-effect profile. We at Depomed want to ensure that this important therapy is available to patients as soon as possible following FDA approval, which could occur on the upcoming January 30 PDUFA date. Should that occur, the product’s full commercial profile can be introduced to the marketplace. DM-1796 fills a very significant unmet market need and we hope to see it effectively marketed."

Abbott Laboratories, the parent company of Abbott Products, recently informed Depomed that it does not believe it is obligated to
launch and commercialize DM-1796.

Depomed believes the license agreement clearly and unambiguously imposes on Abbott the following obligations with regard to the launch
and commercialization of DM-1796: (i) to make the first commercial sale of DM-1796 to occur within a specified period of time following FDA
approval; (ii) to perform a minimum number of sales calls annually; (iii) to make specified minimum promotional expenditures; and (iv) to
use commercially reasonable efforts to commercialize DM-1796 in the United States following approval of the DM-1796 NDA. Abbott’s launch and commercialization obligations through the second anniversary of the product launch are defined by specific dollar values in the license agreement based on a minimum number of annual sales calls and minimum annual promotional expenditures. The dollar value specified totals approximately $85 million to $135 million, depending on the ultimate product labeling.

Pelzel added, "We see a significant market opportunity for DM-1796, one that would offer a healthy return on investment for both companies.
We are perplexed by Abbott’s reluctance to adhere to their contract obligations given the in-depth market research previously undertaken
regarding this product. We are disappointed that the product does not appear to fit into the Abbott commercial portfolio and that they have
chosen to contest what we believe are clear and unambiguous contractual terms. We are very willing to work collaboratively with Abbott to
resolve this matter quickly, fairly and equitably."

In accordance with the license agreement, the parties are planning to initiate good faith mediation to resolve the dispute. Depomed expects
Abbott will continue to fulfill its obligations under the agreement pending the resolution of the dispute. Should the parties be unable to
resolve the matter through mediation, the agreement provides that the parties submit to binding arbitration. In that event, Depomed believes
it would be entitled to seek damages that would include lost royalties and milestone revenues it would have received had Abbott performed
under the license agreement. 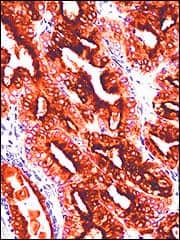