The FDA has cleared a new genetic test that will help physicians assess whether a patient may be especially sensitive to the blood-thinning drug warfarin, which is used to prevent potentially fatal clots in blood vessels.

One-third of patients receiving warfarin metabolize it differently than expected and experience a higher risk of bleeding, the agency said. Research has shown that some of the unexpected response to warfarin depends on variants of two genes, CYP2C9 and VKORC1. The Nanosphere Verigene Warfarin Metabolism Nucleic Acid Test detects some variants of both genes.

The optimal dose of warfarin varies depending on many risk factors, including a patient’s diet, age and the use of other medications. Patients who receive doses that are higher than needed to correctly thin the blood are at risk of life-threatening bleeding. Those who receive doses that are too low may remain at risk of life-threatening blood clots.

In August, the FDA approved updated labeling for Coumadin, the brand version of warfarin, explaining that people with variations of the genes CYP2C9 and VKORC1 may respond differently to the drug. Manufacturers of generic warfarin are adding similar information to their products’ labeling. 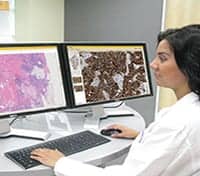 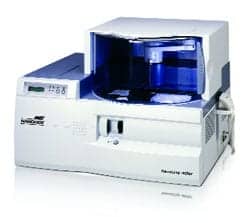