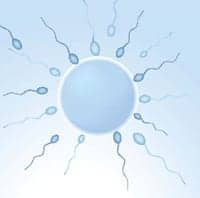 Many industry forecasts single out the diagnosis and treatment of infertility as one of the strongest areas of growth in health care worldwide. Several factors support the likelihood that this prediction will turn out to be true; in particular, a trend favoring postponed childbearing is driving the demand for medical help in achieving reproduction, since couples in their late 30s and beyond are about 20 times less likely to be fertile than couples in their early 20s.

Scientific progress in genetics is another major influence on the demand for fertility services. As more information becomes available concerning the hereditary basis of health, more prospective parents become interested in stacking the genetic deck in their children’s favor. Nearly every time the chromosomal locus of a serious inherited disease or dysfunction is discovered, it is naturally followed by a desire for testing to prevent transmission of the disorder to the next generation.

These forces, of course, add to the constant background demand for help in overcoming infertility in both males and females, who are equally likely to experience a decreased ability to conceive naturally for any of a large number of structural, hormonal, genetic, and disease-specific reasons. According to some estimates, only about 1% of infertile couples who want children undergo assisted-reproduction procedures in a given year in the United States, perhaps because of the high costs involved.

For the laboratory, the size of this market means that the increasing availability of rudimentary products for home use in assessing fertility and performing artificial insemination poses no real threat. These products may deal with problems at the simpler end of the severity scale, but more complex cases of infertility still call for laboratory testing and, in many cases, intrauterine insemination, egg harvesting, in vitro fertilization, and other help with conception.

For couples who do not conceive readily on their own the quest for parenthood usually begins with at-home methods of improving the odds of conception, such as ovulation tests. Only after such timing-based methods have failed for 6 to 12 months is the couple considered clinically infertile. At this point, both prospective parents may seek testing to determine where the impediment to fertility lies. For males, this process usually begins with semen collection and analysis. For females, a physical examination and blood work followed by imaging studies may be the starting point, with endometrial sampling as a later step.

Apex Medical Technologies Inc, San Diego, makes a semen-collection system that can improve the convenience of collecting a specimen, and that may also increase semen viability. The Hy-gene kit provides the patient with a collection condom made of polyurethane and a sterile transport vial with a funnel and label. Because the condom can be used during intercourse at home, the patient’s range of collection options broadens, and the objections of patients unwilling to provide a sample in a clinical environment are overcome. The patient uses scissors to make a small cut in the end of the used condom; he then transfers the contents through the funnel to the vial, which he seals and labels. The sample is then kept at body temperature and delivered to the laboratory within an hour for analysis. Because no laboratory personnel need to handle the condom, less staff time is needed and infection control is improved.

From Millennium Sciences, New York City, this cell counter is designed to permit rapid, easy assessment of sperm counts and sperm motility. The glass slides, for use with undiluted specimens, have counting grids of 100 sections (each 0.1 mm square) etched into their coverslips. This makes counting under high magnification easy, and dual determinations are simple because each slide has two chambers. The depth of each chamber is ideal for the formation of a single layer of sperm cells and does not restrict their movement. After analysis, the slide is discarded, so the user has no contact with the sample.

Automated evaluation of sperm motility became possible on a commercial basis in 1985, when Cryo Resources Ltd USA, New York City, introduced the first computer-assisted sperm analyzer (CASA) under the name still in use for the current system. It analyzes not sperm morphology but sperm motility, and has been widely used both in assessing an individual’s fertility and in research on the effects on sperm of exposure to environmental and industrial hazards. The CellSoft CASA uses real-time video capture of specimens placed on the heated stages of freestanding phase-contrast microscopes; the software then conducts an unattended evaluation of sperm movement.

Microptic, Barcelona, Spain, offers a modular system that automates the evaluation of sperm motility, morphology, concentration, and count. Modules can be used together or separately; the DNA fragmentation kit, for example, determines and reports on the state of each cell individually. Information on sperm concentration, as opposed to sperm count alone, is especially helpful in determining how many intrauterine inseminations or in vitro fertilizations can be attempted using a single sample. After image capture, which may be performed manually or automatically, the system provides morphology and morphometry data for each cell.

Over the past few years, much of the effort in reproductive research has been aimed less toward circumventing today’s obstacles to conception than toward extending today’s fertility into an uncertain future. This emphasis is ideally suited to today’s postponed childbearing, since it can help remove the worry that a couple’s current fertility may become infertility in the future.

In July 2007, Canadian researchers announced the birth of the first child conceived using eggs that had been harvested while immature, hormonally ripened in the laboratory, and frozen for months before fertilization. This technique could prove very valuable in preserving the fertility of women who cannot undergo the hormone treatments usually employed before egg harvesting; for example, the hormone regimen could be fatal to women with polycystic ovaries or estrogen-sensitive breast tumors. Women who cannot wait the necessary month or more for oocytes to reach the harvest stage before they undergo radiation or chemotherapy that could destroy fertility will also be candidates for the harvesting of immature egg cells.

A related technology, still in the investigational phase, would allow women concerned about their future fertility to have one ovary removed and frozen. It could then be reimplanted when pregnancy is desired and will function as it would have when it was removed, potentially giving a 40-year-old woman the fertility she had at 25, for example.

Recent genetic research also indicates that the need for assisted reproduction can only continue to grow. Typical sperm counts have declined slowly but steadily ever since record keeping began, and of all mammals, only gorillas have lower sperm counts than human males. While blame for this decline has been traditionally laid on diet, pollutants, or other environmental/lifestyle changes, the culprit has now been found. A major gene controlling sperm production was translocated to the Y chromosome millions of years ago.

Because the Y chromosome cannot repair itself through recombination, it deteriorates over time, creating what researchers call the vanishing male because of the damage that has now accumulated in the sperm-production gene. Human sperm counts, they contend, can only continue to decline unless a genetic repair is discovered. Because the decline is inherited, many men who use assisted reproduction to overcome their infertility will pass on the same problems to their sons.

Wallach Surgical Devices Inc, Orange, Conn, makes an endometrial sampler that allows a specimen of the uterine lining to be obtained and transported to the laboratory easily and inexpensively. The sampler uses plunger-generated manual suction to extract a sample in only a few seconds, allowing prompt analysis of initial fertility problems and the subsequent effects of hormone therapy. In most cases, no cervical dilation is needed to accommodate the small sampler, which has numbered sounding marks and can be molded to accommodate a tipped uterus.

While fertility testing may be business as usual, assisted reproduction places laboratories in an unusual position in relation to their clinical colleagues. Typically, specimens flow to the laboratory and information flows back to the clinician following the laboratory procedure. Assisted reproduction is unusual in that the biological material involved must often return from the laboratory, prepared for intrauterine insemination or embryo implantation, to the clinician and patient. For this reason, fertility testing may be performed at hospital or regional laboratories, but assisted reproduction is more likely to rely on laboratories attached to fertility clinics or reproductive-medicine practices. These facilities, often small but well-equipped, specialize in handling the delicate precursors and products of conception.

Intrauterine insemination may be chosen due to impaired or absent male fertility, as well as to avoid vaginal/cervical deterrents to fertilization. For these purposes, Fertility Technology Resources Inc, Marietta, Ga, manufactures a catheter with memory: It retains its shape after uterine sounding (and is marked with 1-cm depth indicators all the way around the catheter) to ensure correct semen placement.

Rocket Medical, Hingham, Mass, is the maker of this low-volume suction pump for oocyte aspiration, which precedes in vitro fertilization. The pump’s suction is adjustable from 0 to 400 mm Hg, and a foot control helps the user control the suction during this delicate procedure.

A second necessity for egg harvesting is a procedure-specific needle that will minimize the possibility of trauma. The Mona Lisa from Fertility Technology Resources Inc, Marietta, Ga, has a noncoring (trocar-style) tip and a tubing assembly designed to prevent oocyte damage due to turbulence. The single-lumen needle is available in three gauges and two tubing lengths.

Of course, the male contribution to intrauterine insemination also requires special handling. For sperm preparation, InVitroCare Inc, Frederick, Md, offers a gradient system precoated with particles in suspension that help remove uterine irritants and favor the selection of the most motile sperm. The gradient is packaged in a ready-to-use form that has a 2-year shelf life.

Want to read more? Search our online archives for the topics in this story.

Biogenics, Napa, Calif, manufactures a simple freezer for assisted reproduction services and makes it available in both preprogrammed and user-programmable models. A cryobath of liquid nitrogen contains a removable cryochamber that holds specimens and is connected to the temperature controller. Targets can be specified for temperatures, cooling rates, and holding times.

ZDL Inc, Lexington, Ky, produces a phosphate-free metabolic environment in which the blastocysts resulting from in vitro fertilization can grow large enough for implantation. This medium contains both essential and nonessential amino acids and is ideal for embryo transfers scheduled for 4 to 5 days after conception.

When the embryo is ready for implantation in the uterus, this transfer catheter from Fertility Technology Resources Inc, Marietta, Ga, forms the final link between the laboratory where the embryo was nurtured and the patient who will carry it to full development. The catheter’s matte-finish tip refracts ultrasound for high visibility during ultrasonically guided transfer.

While there have been few recent product introductions in the area of fertility and assisted reproduction, apart from refinements of existing technologies, this may represent the calm before the storm. When the massive amount of research now in progress reaches clinical application, new products (and entirely new product categories) can be expected to pour into the marketplace. Some of these product introductions may create high-profile controversies due to debate about their rightful places in human reproduction. When society has made its decisions, laboratories will stand ready, as always, to help thousands of couples achieve their common goal: welcoming a healthy newborn. 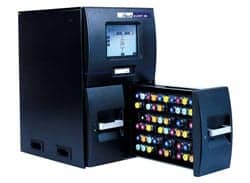