Leica Microsystems’ parent company, Danaher Corporation, based in Washington, announced that its Board of Directors has appointed Elias A. Zerhouni, MD to Danaher’s Board of Directors. Dr Zerhouni’s initial term expires at Danaher’s 2011 annual meeting of shareholders.

Dr Zerhouni, a physician, scientist, and world-renowned leader in radiology research, served as director of the National Institutes of Health from 2002 to 2008 and currently serves as Senior Advisor at Johns Hopkins University School of Medicine and as Senior Fellow for the Bill and Melinda Gates Foundation Global Health Program. Dr. Zerhouni earned his medical degree in 1975 from the University of Algiers. After completing his residency in diagnostic radiology at Johns Hopkins in 1978 as chief resident, he rose to the rank of full professor of radiology in 1992 and biomedical engineering in 1995. In 1996, he was named director of the Department of Radiology. During the following years, he rose rapidly within Hopkins, assuming additional duties as vice dean for clinical affairs and president of the Johns Hopkins Clinical Practice Association, vice dean for research and executive vice dean for the Johns Hopkins University School of Medicine.

Under his leadership, the NIH embarked on a number of initiatives, chief among them the Roadmap for Medical Research, designed to enhance synergy and collaborative work among all 27 NIH institutes and centers and leading to the passing by the US Congress of the NIH Reform Act of 2006. Other new programs included those designed to foster high-risk but potentially high-impact research, and enhanced support for young career scientists.

Steven M. Rales, Chairman of the Board of Danaher Corporation, said “We are delighted Dr. Zerhouni is joining our board. We expect he will be an insightful and valuable contributor, especially given our growing presence in medical technologies.” 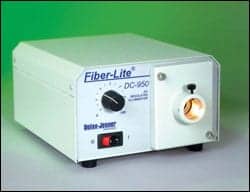