Another study, also in JASN, indicates that urine NGAL may also help in diagnosing HIV-related kidney disease affecting African Americans and black Africans. "NGAL was very specifically expressed in renal cysts—generating the new idea that NGAL may control the development of cysts in HIV-associated nephropathy," says Jonathan Barasch, MD, PhD (Columbia University, New York). He adds, “We and Prasad Devarajan, MD, identified NGAL in the kidney 10 years ago and its translation into a clinical entity in such a short time is quite a story. Almost every paper is positive for the association of NGAL and renal dysfunction/disease.”

In the ICU study, patients with higher urine NGAL levels were more likely to develop acute kidney injury, even after adjustment for other factors. The rise in NGAL was present before any change in the standard test for AKI (serum creatinine level). Without other information, however, urine NGAL was no more effective in predicting AKI than clinical risk factors. Ikizler notes the study was limited by a lack of information on incidence of death or the need for dialysis, and by a lack of information on the patients’ initial kidney function level.

In the HIV study, levels of urine NGAL were much higher in patients with HIV-associated nephropathy (HIVAN) than in patients with other forms of kidney disease, with or without HIV. HIVAN is an important complication of HIV, occurring mainly in patients of African descent.

Studies in mice suggested that NGAL may play an important role in the development of tubular disease and microcysts, which are specific features of HIVAN. Barasch notes that the human component of their study was limited by its small size but highlights the need for larger studies that definitively measure the NGAL monomer. He adds, "If our results are confirmed, measuring urine NGAL might help triage patients into different risk categories." 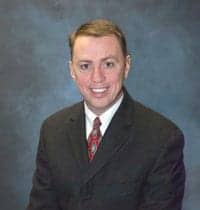