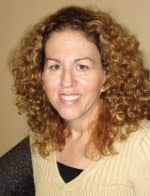 The New York Times recently published an article that noted policymakers in three dozen states this year proposed drug testing for people receiving benefits such as welfare, unemployment assistance, job training, food stamps, and public housing. (To access the NYT article, see the October 19 issue of CLPrime.) The argument for testing has social and economic components, as well as a political component. The political argument trails into a discussion that providing welfare funds to drug abusers furthers drug abuse, which is not only illegal but also a large financial burden, because treating drug abuse is expensive.

An interesting issue seems to have been overlooked. There is an underlying assumption that somehow people who have fallen on hard times have a greater rate of drug abuse than those in society at large. “It really speaks to how the politics of the moment are dominating the policy conversation in the virtual absence of any evidence,” said Harold Pollack, a professor at the University of Chicago quoted in the article, whose research indicates that people on welfare used drugs at rates similar to the general population.

The cost of urine testing (the most widely used form of drug testing) and administering such a program may, in the end, cost more than paying the benefits. Should labs care, as long as more tests are being ordered?

Check out our article in this issue titled “Many Drugs, Many Options, and Little Room for Mistake,” which discusses the different motivations, models, methods, menus, turnaround requirements, sample types, result types, and sometimes, different interpretations of drugs-of-abuse testing.

And don’t miss this month’s Web exclusive article, “Protecting Bloodlines,” which discusses how labs can overcome workforce challenges through expanded hemovigilance measures and increased use of automated instruments to keep the blood supply safe. The field of blood banking has become a complex balance of safety and efficiency, and while demands on blood management professionals are rapidly increasing, finding the resources to meet them is a growing challenge. In the past 2 decades, there’s been a continued shortage of highly skilled technologists and scientists entering the lab science workforce. This is especially true for blood banking and transfusion medicine labs, which the American Society for Clinical Pathology says are experiencing the largest number of vacancies, at more than 11%.