Points of View on Point of Care 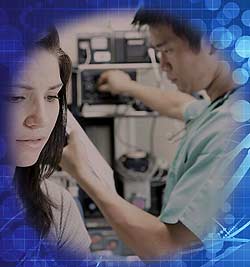 As point-of-care testing increasingly comes under the control of the clinical laboratory, smart selection and utilization play a growing role in POCT strategies.

When point-of-care tests first came to market, the central laboratory viewed them with suspicion. “If you look back, you would have found a situation in which the laboratory would have been at odds with point-of-care testing because it was perceived as something that was taking a piece of their business or control away,” says Frank LaDuca, PhD, chief science and technology officer for Polymer Technology Systems in Indianapolis.

LaDuca refers to these early years as a “renegade period” in which new point-of-care devices were brought into the hospital setting with no quality assurance system in place. So laboratories stepped in. “Smartly, laboratories took the initiative to make [point-of-care testing] part of the central lab,” LaDuca says.

This meant the laboratory would be able to exert control over quality along with training, data administration and integration, billing, and patient management. So a collaborative relationship is now building between manufacturers, point-of-care sites, and clinical laboratories. “People are looking for the means to a good collaboration with the laboratory, not only so a system can get selected, but also so all that data is managed better and there is a better outlook for reducing health care costs,” LaDuca says.

This effort comes in conjunction with the decentralization of care. Hospitals are closing, while urgent care centers, retail clinics, and other satellites are opening. “Labs are branching out and realizing they can extend their reach. They can provide care closer to the patient and can remain an integral part of the overall health care solution as decentralization continues,” says Rick Betts, director of marketing for Medical Diagnostics at Abaxis in Union City, Calif.

To manage this transition successfully, however, laboratories need to employ the right tools and tests, and these need to be selected to meet specific criteria—not chosen simply because the test is new or ‘nifty.’ “As more tests are launched, the laboratory can pick and choose which test best meets the needs of a given situation, based on cost, ease of use, performance, volume, turnaround time, vendor reputation, etc,” says Jody Spear, manager of marketing communications and administration for Quidel Corp in San Diego.

The Piccolo xpress from Abaxis is a compact portable clinical chemistry system designed to deliver point-of-care results within 12 minutes.

Point-of-care vendors used to rely on volume and revenue to sell their tests. “Now, we’ve become more enlightened, and we’ve shifted the focus of our conversations about their clinical and practice efficiency needs,” Betts says.

The effort is industrywide. The Clinical and Laboratory Standards Institute (CLSI) is preparing document POCT09—Selection Criteria for POCT Devices for release, which provides guidance on the selection of point-of-care testing (POCT) devices based on the patient care setting and clinical needs. “It is designed as an aid to laboratory and facility management to simplify and facilitate the selection process, but will also allow evaluation of devices to identify those that are optimal to the patient care setting and population served,” CLSI states on its Web site.

“It’s really very directed. You don’t just say, ‘Here’s a rule that’s applied universally to all point-of-care testing. It needs to be targeted,” says LaDuca, who is vice chair of CLSI’s point-of-care committee.

Physicians and laboratories need to consider their patient population to determine which tests might be the most useful. To narrow down further, they should analyze the technology and features of each. “Is that technology going to give them an advantage or new information over technologies they currently have? Is there a direct benefit to the provider in gathering the new type of information that’s generated? What are the patient benefits?” asks Steve Riendeau, vice president of sales for Polymer Technology Systems.

Similarly, what are the benefits to the health system, and how can they be maximized? An important factor increasingly influencing the selection of a point-of-care test is its ability to integrate with other information systems. Connectivity, or how one incorporates data into an overall health program, presents one of today’s challenges for POCT.

Quidel’s QuickVue Influenza A+B test detects and differentiates type A and type B antigens within 10 minutes.

“It’s getting to be more and more critical to play in the space. We have to make sure we have devices that can communicate to health risk assessments, EMRs, and other types of applications that are collecting data,” Riendeau says.

In addition, reimbursement issues must be ironed out before any new test, point-of-care or central lab analyzer is brought to market. “If the delivery system is not going to pay for the new testing technology, providers will see very little value in it,” Riendeau notes.

“The inherent costs of point-of-care technology are often at or near the reimbursement,” Betts says. This limits the physician’s ability to realize a positive revenue stream on reimbursement alone.

In some instances, such as for the physician implementing certain POCT for the first time, reimbursement may not present a significant problem because the revenue generated represents a new stream for the practice. However, not all tests may provide this bonus, and the physician may have to pay out of pocket or settle with breaking even—same for hospital laboratories.

In order to overcome negative reimbursement perceptions, POCT manufacturers are striving to develop tests that can provide some immediate financial benefit. “We’re working to reduce the cost of our panels and simultaneously adjust the chemistry mix so that we can significantly improve reimbursement profitability,” Betts says.

Yet, even if the profit margin is small or nonexistent, the cost-benefit ratio may still be positive. “There may be enough benefit in having the portability and all the other benefits available,” Riendeau says.

“POC technologies generally deliver actionable results, with greater ease of use and significantly shorter turnaround times, than technologies commonly encountered in the central lab. Test results can be provided in as little as 10 minutes or less, depending on the analyte, typically while the patient is still in the clinic or emergency department, providing substantial clinical and operational value,” Spear summarizes.

Faster test results have the potential to lead to quicker diagnoses and more effective treatment. Tests sent to the central laboratory often require longer turnaround times, in part for transport but also due to batch testing technologies. With an answer in roughly 10 minutes, the clinician can begin treatment on an informed diagnosis within a half hour, while the patient is still present.

The alternatives are to wait or make a preliminary diagnosis and start treatment that may have to be altered once the lab results return. In addition, physicians in private practice cannot relay lab results over voicemail. They must be given directly to the patient, and if the results are abnormal, they must often be delivered by the physician.

“So that means probably several phone calls into the patient in order to reach them. Several phone calls times the 10 or 20 patients tested that day gets to be a huge daily issue for the office,” Betts says. Similarly, in laboratories with staffing issues, POCT may provide some relief for overworked laboratorians. Point-of-care tests, therefore, can save time in ways other than a shorter turnaround.

They also can lead to better care. Rapid results allow physicians to take advantage of the face-to-face interaction with the patient. Many consider the ability to consult with or coach a patient about altering behavior based upon an immediate result carries a lot of value. “I think when you weigh the benefits of point of care, the total cost of operation, the total benefit associated with giving somebody results, and the advantage of a coaching situation, it starts to mitigate the difference in the accuracy,” Riendeau says.

Point-of-care tests are generally less accurate than their central laboratory counterparts, and even though the differences vary among technologies (and are decreasing), it can be an issue for some.

Other technologies may perform better. “The CVs of some other point-of-care devices are at 5 percent and below, but some of them do go up to 20 percent,” Betts notes.

Manufacturers are responsible for validating the test, and many strive to maintain high-quality standards, but users are also accountable for quality. “The operator should follow the instructions and pay careful attention to a number of details, including preanalytical, analytical, and postanalytical considerations,” Detmers says.

Detmers recommends that users and manufacturers monitor the medical and technical literature, product complaints, and customer feedback as part of their quality assurance methods. Hospitals also have well-vetted standards, such as those published by CLSI, to refer to as they complete their evaluations. “These standards are developed by expert committees with representation by clinicians, government, and manufacturers,” Detmers notes.

Even so, the two technologies are not necessarily interchangeable. “The appropriateness of POC tests should be based on clinical needs—eg, turnaround time—and the suitability of the POC test in terms of accuracy, precision, cost, ease of use, etc,” Detmers says.

Of course, in situations where an immediate answer is required, the use of POCT, if available, is automatic. “[Point-of-care testing] is appropriate when the information provided by the test directly impacts patient care, resulting in improved patient management. Today this largely reflects testing for infectious diseases, pregnancy, acute cardiac conditions, and blood glucose,” Spear says.

In cases where the testing is routine or the result won’t be acted upon immediately, sending samples to the central laboratory may be the best course of action. “If the physician is not going to treat the patient any differently, I would argue that traditional diagnostic testing is probably much more cost-effective than point of care,” Riendeau suggests.

To monitor developments in POCT, search for “point-of-care testing” on this website.

Point of No Return

Even so, many predict increased use of POCT in the future. “POC testing continues to grow worldwide as the need for rapid, easy-to-use, high-quality diagnostic tests provide significant value to both caregivers and patients,” Spear says.

Moving ahead, point-of-care manufacturers will focus on continued improvement of their tests. Areas of development include increased specificity, reduced interference, greater connectivity and data-management capabilities, and expanded test menus that may broaden to include specialty testing, hematology, and immunology. Betts believes that point-of-care tests, when used properly and regularly, can become preventive measures.

Many companies rely on their customers to determine future development efforts. “Our commitment is to better address the unmet clinical needs of our customers,” Spear says. With continued progress, laboratories have taken a new view on POCT, seeing it no longer with suspicion but rather with cooperation. 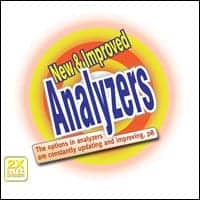