rep-PCR technology speeds the lab’s shift to molecular identification and DNA fingerprinting
In clinical laboratories today, virology, microbiology, and bacteriology are increasingly moving towards molecular analysis as the preferred way to identify and study viruses, bacteria, and other microorganisms. Underscoring this shift is the fact that conventional approaches cannot distinguish particular strains or subspecies with sufficiently high resolution – an important concern in epidemiological studies. And for managing individual patients, rapid time to result for infectious agents can be the determining factor in whether or not treatment will be targeted and effective. Testing DNA will simply yield an answer closer to real time than culture media alone can.

A number of factors are facilitating the move to molecular analysis: increasing availability of automated systems with kits that are standardized with positive and negative controls; lower costs due to increased competition among manufacturers; and significant new scientific advancements. One such advancement is rep-PCR (repetitive sequence-based Polymerase Chain Reaction), a DNA fingerprinting technology developed at Baylor College of Medicine and commercially licensed to Bacterial Barcodes, Inc. of Houston, Tex.

Underlying principle of rep-PCR
The key to the rep-PCR method is the fact that numerous bacterial and fungal microorganisms incorporate interspersed repetitive sequences in their DNA. In rep-PCR, outwardly facing oligonucleotides (i.e., PCR primers), which complement these interspersed repetitive sequences, enable the amplification of different size fragments consisting of unique DNA sequences. By separating multiple amplicons of different sizes, DNA fingerprint patterns specific to individual bacterial strains can be established. As several of these interspersed repetitive elements are conserved in diverse genera of bacteria, a single primer set may be employed to fingerprint the DNA of many different microorganisms.

DiversiLab System for DNA fingerprinting in automated format
Bacterial Barcodes delivers rep-PCR DNA fingerprinting technology in its DiversiLab System, a standardized kit-based platform that accelerates the differentiation of species, subspecies and strains for most bacterial and fungal pathogens. The DiversiLab System is for research use only and is not for use in diagnostic procedures. It offers users accurate, reproducible, same-day results, and through automation features a lower cost-per-test than other commercially available molecular methods. Organism-specific kits contain reagents for the rep-PCR and detection steps of the process. DNA separation is automated on microfluidic chips.

Field training involves two days of familiarizing new users with DNA amplification and microfluidic separation procedures as well as with the software. James Versalovic, M.D., Ph.D., director of microbiology, Texas Children’s Hospital, says, “As techniques go, it’s relatively straightforward. Certainly, for molecular technology it’s on the simpler side of the spectrum. If we were rating it 1-10 on complexity, it would probably be 2-3 versus other approaches. The training has less to do with the difficulty of the procedure than the fact that a lot of microbiology laboratories are not yet familiar with molecular techniques.”

Preliminary electrophoresis culls DNA fragments to separate by size
The first step in rep-PCR is to extract the DNA from an isolated culture. Second, DNA is amplified using rep-PCR reagents. The amplicons are then separated by automated electrophoresis on the Caliper 1000 Analyzer. Disposable, microfluidic LabChip devices used in the analyzer incorporate miniaturized sample and reagent volumes. The chip approach enables DNA fragment separation of 12 samples, typically in less than one hour. Fragments separate out by size and ultimately yield a fingerprint or profile of the multiple fragments that are generated in a single PCR reaction. Results then upload automatically via the Internet to the user’s private, secure location on Bacterial Barcodes’s Web server for subsequent data processing, analysis and report generation.

Background interference issues
One of the challenges of doing PCR with bacteria is how to amplify the right target selectively if there is background interference or contamination. DiversiLab’s initial offerings for the epidemiology market use isolated cultures so contamination is not a challenge, but the system is already primed to look ahead toward heterogeneous samples or multiple organisms causing a disease. According to James R. Lupski, M.D., Ph.D, FAAP, FACMG, FAAAS, medical director, Bacterial BarCodes, “With clinical samples, sometimes there is still an issue of nonsterile specimens that contain a mixture of bacteria. There are technical ways that we’ve already used and continue to develop to improve our ability to detect a particular pathogen. These DNA profiles can be combined with gene specific probes so that you can actually pick out an individual microoranism in a mixed population. This way, we don’t have to grow these organisms and purify them. There are still hurdles to conquer in this technology, but it’s one where we are having success in dealing with heterogeneous samples. When we look toward the next version of our assays, we’ll be able to differentiate organisms based on their composite fingerprints or combined fingerprints so you are really building a profile, not just looking for a single isolated factor.”

Web-Based data acquisition, analysis, and storage
The proprietary DiversiLab software has two main components linked by the Internet connection: First, a secure Web server on which the user creates, stores, updates, retrieves, and archives analysis data, reports and the like; and second, an Internet Explorer-based Web browser running on the user’s personal computer. The browser provides a convenient way to view data and to generate analytical reports, rep-PCR DNA fingerprint gel-like images, and dendrograms, all of which are useful tools in tracking potential outbreaks and possible sources of contamination.

Libraries of fingerprints can be quickly created that include anecdotal information relevant to each strain, such as antibiotic profiles, phenotypic strains and geographic location. The system’s “down to the strain” differentiation is of particular importance for detecting and tracking outbreaks of resistant bacterial strains, such as MRSA, VRE and MDR Acinetobacter. When outbreaks are suspected, new isolates can be compared to those already analyzed and stored in the Web server databases. Presumptive classifications of isolates can be determined using a database populated with a well-characterized sample set, and multiple samples can be analyzed for potential clonal relationships. Reports generated by the system can be used for real-time epidemiological studies and proactive surveillance in healthcare settings.

Exploiting computer power
Bacterial Barcodes’ Web server software builds databases with fields that help discriminate between and classify samples. The fingerprint patterns are then stored to enable comparative analyses that differentiate species, subspecies and strain. This approach helps reduce technical errors in interpretation and provides a standard reporting format every time the user runs an assay.

Says Mimi Healy, Ph.D., Bacterial BarCodes, vice president and chief scientific officer, “Suppose you’re dealing with an MRSA specimen from a hospital ICU. rep-PCR’s ability to obtain more specific information with respect to a particular MRSA strain would allow you to take specific steps to resolve the contamination source. Moreover, you could establish that this strain of MRSA was either indistinguishable or different from another isolate collected from the same ICU three days ago.”

Most useful for molecular typing in its current form
According to Healy, “In its current form, rep-PCR is best suited to molecular typing applications versus use as a primary identification tool. The DiversiLab System identifies potential clonal relatedness or if the DNA is from the same bacterial source from which another infection arose. Future offerings, which will be available third quarter 2003, will actually be products including databases where you can, for example, differentiate the species of particular molds such as Aspergillus or yeasts such as Candida and from the same assay produce a unique fingerprint which can also be used for molecular typing.”

Dr. Healy, says “rep-PCR technology enables you to identify and establish the relationship of a particular strain relative to other strains. This is a key differentiator from probes that simply tell if something is or is not a particular organism. The probe only discloses the genus and species, not the strain.”

On the other hand, Bacterial Barcodes also understands the fundamental limitations of molecular analysis methods, including sequencing, with regard to new mutations, particularly as it relates to emerging disease or drug resistance. Says Versalovic, “If you find a mutation, you may know that it confers resistance based on prior experience. But if you don’t see an identified mutation, and if there’s a new emerging resistance pattern, then you’re stuck. This is the same issue that’s being confronted now with HIV genotyping in that there are large mutational databases, and once the mutation is established and added to the database, it’s easy to detect. But with new mutations, you don’t have a phenotype and you’re looking directly at the sequence or in this case the DNA profile, and you need to take some time and use other methods to really understand it. But once the profile is established, you can add it to the database in correlation with the phenotype of drug susceptibility or resistance, and then it will be meaningful for these types of analyses.”

Applications
Bacterial Barcodes notes that its current marketing strategy for epidemiological use focuses on reference labs and larger teaching hospitals and institutions. Other potential application areas may include newborn screening tests, bioremediation, biowarfare, agriculture, food diagnostics, and veterinary medicine. Although point-of-care use appears unlikely, rep-PCR may find eventual application closer to patients – its rapid turnaround time could make emergency department use a natural fit as diagnostic assays develop. And in outpatient scenarios as well, presumptive antibiotic prescription could be avoided or replaced by therapeutics targeted to the specific need identified by rep-PCR.

Looking towards the future
Bacterial Barcodes anticipates that in the future the medical community will tailor therapies to particular strains or clones of bacteria, not merely species or genus, and that the therapies will drive the diagnostics. According to Versalovic , “Over the next five to ten years, we believe techniques such as rep-PCR will prove vital in gaining the specific information that these targeted therapies will require. Antibiotics are not a dead field at all. There was a relatively quiescent period in the late 70s and early 80s when we thought infectious diseases were all but conquered. We’ve gotten over that complacency with the harsh realities of resistant organisms and new pathogens, and organisms that never seem to go away. And new antibiotics are being developed. Already, there are many in the pipeline. We’ve been visited several times recently by companies who’ve told us what new antibiotics are on the way, so that we can be ready to do susceptibility testing for these specific drugs and organisms.” In that sense, the future is already here.

Global surveillance
Beyond the issue of surveillance at an individual hospital, there is growing impetus to develop systems that are capable of sharing data to track outbreaks or potential bioterrorist attacks. rep-PCR technology has the potential to play a role in enabling the networked sharing of information obtained by molecular methods. Though many hospitals may not yet be ready or willing to share information about outbreaks or potential outbreaks on their premises, HIPAA and other proposed initiatives to protect confidentiality may help alleviate some of these concerns, and rep-PCR technology is ready to adapt.

Gary Wolfe is a freelance writer based in Franklin, Massachusetts 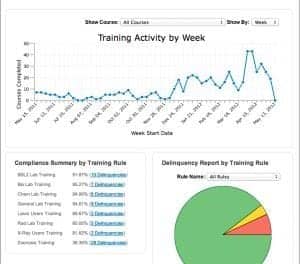