PROVIDENCE, Rhode Island (Reuters) – U.S. researchers on Monday unveiled a computerized prosthetic ankle and foot that could change the lives of a growing number of amputees returning from battle in Iraq and Afghanistan.

[/removed]
The prosthesis has a built-in power source and multiple springs to mimic a real human ankle, giving amputees more propulsion when walking, while reducing the limping and back pain commonly associated with existing prosthetic devices.

Garth Stewart, a 24-year-old U.S. soldier who lost his left leg below the knee in a roadside explosion in Iraq in April 2003, demonstrated the device at the Veterans Affairs Medical Center in Providence, Rhode Island, and showed almost no sign of a limp.

"Once you get used to it," he said, "it feels like you have your leg back."

Improvised explosive devices, or IEDs, and other bombs have caused a surge in limb-loss injuries among U.S. troops in Iraq and Afghanistan.

Hugh Herr, a professor at the Massachusetts Institute of Technology who led the research, said the apparatus produces a sensation like that of a moving airport walkway.

"It’s a smoother ride, if you will," said Herr, whose legs were amputated below the knee due to a mountain climbing accident when he was 17. The ankle-foot prosthetic has been tested on eight amputees so far, he added.

The new device can generate its own momentum, meaning the user can put less effort into the act of walking. The prototype also has sensors and a microprocessor that measures walking speed, terrain and the body’s position and adjusts the amount of power supplied accordingly.

The product is expected to be made available commercially by iWalk, a Cambridge, Massachusetts-based company that Herr co-founded. John Stephens, vice president of research and development at iWalk, said the company hopes to have the prosthetic available by next summer. 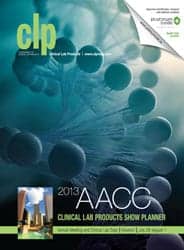