Based on the special committee’s work and recommendations, the independent members of the company’s board of directors have concluded that as a result of the company’s attempted transition from researching potential molecular diagnostic tests to developing and commercializing those tests, the company failed to put in place adequate protocols and controls for the conduct of studies in the Trisomy 21 program at the company.

At the recommendation of the special committee, the company’s board of directors has begun implementing a number of remedial measures, including:

The company has terminated the employment of its president and chief executive officer, Harry Stylli, PhD, and its senior vice president of research and development, Elizabeth Dragon, PhD, effective immediately. In connection with the termination of Dr Stylli’s employment, the company’s board of directors has requested that he resign as a director, which he is obligated to do under the terms of his employment agreement. The company has obtained the resignation of its chief financial officer, Paul Hawran, and one other officer. The company also terminated the employment of three other employees. While each of these officers and employees has denied wrongdoing, the special committee’s investigation has raised serious concerns, resulting in a loss of confidence by the independent members of the company’s board of directors in the personnel involved.

Members of the special committee and its independent counsel will make a presentation on the investigation to the staff of the Securities and Exchange Commission.

Effective September 28, the company’s board of directors has appointed chairman of the board Harry F. Hixson, Jr., PhD, former president and chief operating officer of Amgen Inc, and director Ronald M. Lindsay, PhD, to serve on an interim basis as chief executive officer and senior vice president of research and development, respectively. The company’s board of directors has also designated controller Justin J. File as principal financial and accounting officer.

The company reiterates that it is no longer relying on, and the public should no longer rely on, any of the previously announced test data and results for the company’s noninvasive prenatal test for Trisomy 21.

At this time the company is unable to provide guidance on the timetable for the completion of research and development or for the potential commercialization of its Trisomy 21 test. However, the company continues to believe in the science underlying the test and is continuing its research and development program for this test. The release of fetal material into maternal circulation has been validated by a number of academic laboratories and potential competitors as well as the company. Sequenom continues to believe that this fetal material, including nucleic acids, will provide important information about the genetic makeup of the fetus and that this information may become the basis for new diagnostic tests. As a pioneer in this area, Sequenom intends to pursue these important developments that may have a major impact on maternal and fetal health. 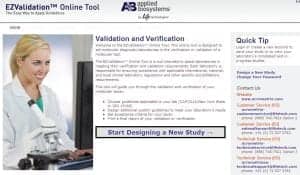