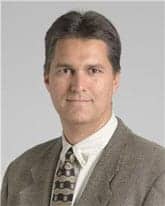 Gary Procop, MDPathologists and other laboratorians have the opportunity to take a leadership role in raising the levels of patient satisfaction and lowering overall healthcare costs by developing and implementing strategies to reduce inappropriate lab testing.

Unnecessary testing spurs safety and patient-satisfaction issues. When more tests are done, the potential for error increases (eg, there is a false-positive rate linked with any test that has a specificity less than 100%). Overutilization of lab testing creates avoidable financial burdens for hospitals, patients, and third-party payors.

Addressing this conundrum at Cleveland Clinic proved challenging, with the size of its tertiary care medical center, the high volume of lab testing, and the complexity of the patient population.

Cleveland Clinic Laboratories has released a white paper titled “Strategies for Appropriate Test Utilization: The Right Test for the Right Patient at the Right Time,” which discusses its initiative.

Procop served as an expert panelist at the recent ASCP 2013 Chicago general session on the Choosing Wisely campaign.