The Science of Credentialing Scientists

CLS. CT. HT. HTL. MLT. MT. POLT. PBT. AAB. AMT. ASCP. NCA …. The collection of acronyms is almost its own language. To the uninitiated, the letters can certainly seem Greek, though strung along after someone’s name, they take on a more significant meaning. These credentials signify a certain level of professionalism and expertise.

In most fields, credentials are hard earned, indicating education, commitment, and experience. They are typically not awarded to just anyone; they require some combination of education and hands-on training as well as proven skills. But the specific combination varies depending on which association is running the certification program; and according to some, it has led to confusion regarding what exactly those letters mean. The field of laboratory medicine is no different.

In doing so, one of the aims will be to reduce confusion about what specific credentials mean. With more than 95% of MLT/CLT and MT/CLS professionals certified by the two organizations, the efforts of the ASCP-BOR and the NCA toward this goal can be expected to have a large impact. However, other credentialing bodies do exist, most notably, the American Association of Bioanalysts (AAB) and the American Medical Technologists (AMT), in addition to a host of organizations offering specialized certifications. These associations needn’t feel snubbed nor leery of the potential union.

“There are quite a few phlebotomy-certifying groups and others that give smaller numbers of exams, and we would not want to rule out approaching them. But we don’t want to scare them into thinking we’ll be coming with bulldozers either,” says Kathy Doig, NCA president.

“We were approached by someone with an AMT certification, who asked why we had not included AMT in our initial talks about merging the boards. We explained that BOR and NCA have more similar requirements—the BOR and NCA require a baccalaureate degree for the MT/CLS certification, while AMT does not,” says Pat Ellinger, chair of ASCP-BOR.

Before these differences can be approached, ASCP-BOR and NCA first need to merge their credentialing programs. The goal, according to Ellinger, will be to merge the two differing criteria while remaining as inclusive as possible and adhering to a standard of education and qualification that was agreed upon by the profession during a consensus conference in 1994.

Before the process can move forward, however, official approval from the five involved boards is needed. Once they have voted on and approved a consensus document, the associations will then develop a transition plan.

The development of a credentialing program, and particularly the exam, is a science and requires constant monitoring. Leaders of both ASCP-BOR and NCA agree that merging their programs will create cost efficiencies.

“The economy of scale in doing it together is one factor. But a major goal is to decrease the confusion about why there are two exams—not only for students taking the exams but for the people hiring them as well as the public,” Ellinger says.

However it turns out, those already credentialed can rest easy—they will not be required to apply for new certifications or take any additional examinations; their existing credentials will continue to be recognized.

Making It Real
Credentialing brings benefits to the industry at large: It ensures quality in personnel; it increases professionalism and associated benefits, such as salaries; and it elevates certificants to the top of the labor pool.

“I tell students that when you carry a credential, it offers employees some reasonable expectation of what it is you are already able to do. So they prefer to hire certified individuals because of that. In the business arena, students are encouraged to do internships because employers like the experience. Health care is no different, but the practical experience is formalized into the credentialing process,” Doig says.

Making the Grade
That process culminates with an exam that applicants must pass to be certified. Questions are designed to reflect the knowledge and skills needed on the job, and efforts to make sure they are accurate have their own scientific principles, many based on psychometrics. All of the boards of registry follow a similar process.

“A professional testing expert advises us on how to create the test according to psychometric practices. When we get exams back, our psychometrician grades them. He does a statistical analysis on each question to see if anything looks unusual about the results and looks at the exam overall to verify everything is in the normal ranges. If something looks skewed, we look closer,” says Mark Birenbaum, administrator for the board of registry of the American Association of Bioanalysts.

Nearly all of the exams go through a more serious review, often termed a practice or job analysis, every 5 years. “It’s a large, nationwide study that asks professionals what they do,” Doig says. The certifying agency surveys practitioners, managers, and educators during the job analysis process to determine tasks and responsibilities required to work in the field, resulting in a content outline that reflects the methodologies that are used in institutions of all sizes and types throughout the country. This ensures that what is tested is at the core of the practice for that professional.

Once a new outline is developed, the exam questions are then reviewed for obsolescence as well as areas that may need to be further expanded. Questions may come from committees, experts, members, or the industry, depending on the operating guidelines for the certifying agency. All of them vet the suggestions according to aforementioned criteria.

The process is ongoing. “They [the questions] are also reviewed in between job analyses—we don’t give the same test for 5 years. It’s possible that in that period something falls out of practice, and the exam-committee chair can put those questions out of practice,” Doig says.

Doig notes that the NCA considered conducting a job analysis more frequently with molecular diagnostics, possibly every 3 years, but after conducting an early review, the committee decided it wasn’t necessary. “The statistics generated are huge, and it’s an enormous undertaking both from a fiscal and manpower perspective,” Doig says, noting that if it is not needed more frequently, it makes sense to wait.

Making the Cut
Though the credentialing bodies all report similar processes in maintaining their programs, they differ in their eligibility requirements. Some have more stringent requirements, demanding baccalaureate degrees as well as work experience. Others will accept years of experience in combination with less lengthy education, such as associate’s degrees, graduation from accredited programs, or specific coursework.

Usually, this training leads the student or professional to the appropriate exam, for instance a phlebotomist would take an exam to certify phlebotomy skills while someone interested in blood banking would pursue those certifications. “Many school graduates naturally fall into specific certification programs, and many professionals hold more than one certification,” says Jim Fidler, PhD, director of certification, American Medical Technologists (AMT).

In the case of more common exams, like those for medical technologists, test applicants should check the requirements of the state they wish to work in; state regulations may require a specific certification or a license. Those seeking further criteria can check the organization’s reputation. Certifying bodies can also sport their own accreditation, which for these programs, comes from the National Commission for Certifying Agencies (NCCA), the accreditation body of the National Association for Competency Assurance (NOCA), or from the American National Standards Institute (ANSI).

“When selecting the particular certification agency, there are many factors to the certification process, including recognition of the agency and the degree of experience that the agency has with certification. Does the agency certify in a discipline that corresponds with the work role? Is the agency recognized by a national accrediting body such as NCCA?” Fidler asks.

Which exams a credentialing agency offers does not affect its accreditation, and all of the organizations differ in their offerings, organizing programs that best reflect the makeup of their constituents. “When NCA was originally founded, it offered a broader array of exams than it does now, but those exams were and continue to be for professionals practicing in the field of clinical pathology,” Doig says.

Industry demand is very influential in determining whether a certifying agency will decide to offer an exam. “We make the decision on which exams to offer based on evidence of a demand in the profession and whether it would be helpful to practitioners and employers. It must also be an area that has a sufficiently mature practice population to complete the necessary job analysis and ultimately make it financially sound. There is still a business aspect. We have to be able to cover the costs,” Doig says.

Making It Easy
If the NCA and ASCP-BOR merge their credentialing bodies, costs will be consolidated for the shared exams. Those that do not overlap will be maintained separately. “We both have some exams we give that the other [agency] does not, and those would continue. The exams we have in common would merge databases, psychometric analyses, and question pools for that exam,” Ellinger says.

How those will be combined, as well as how the differing requirements will be condensed, will be decided after the required boards have approved a consensus document. Five boards are reviewing proposals: ASCP-BOR; ASCP; NCA; NCA-sponsor ASCLS; and a second NCA-sponsor, the Association of Genetic Technologists (AGT). Ellinger expects the proposal to pass, at which point a transition committee will work on the details. “We’ve done a lot of talking so we won’t have to start from scratch, but we want to wait for all the boards to approve the document,” Ellinger says.

One thing both agencies have already agreed upon is to maintain their recognition of individuals certified under the previous programs. “Individuals already certified will not have to take another test,” Doig says.

Ellinger believes that NCA and ASCP-BOR certifications are comparable within the industry. “I think that some lab managers perceive NCA and BOR as equal in their eyes,” Ellinger says. She notes that this was a driving factor in the discussions to merge their efforts in this area.

Doig notes that the ASCP got the conversation started, but support for the merger has been from the profession at large. The roots of the original rift have long been buried, and the two agencies have worked together successfully on other projects, such as scope-of-practice task forces. By joining their credentialing bodies, the two can help to better serve the industry and its professionals.

Reducing confusion in credentialing will be one way. Ironically, however, one of the first questions to be tackled will be what to call the new certification, meaning another acronym for the credentialing vocabulary. 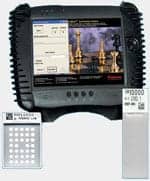