Beginning this month, all patients undergoing cardiac catheterization at Vanderbilt University Medical Center will be tested for a genetic variation that can affect their response to Plavix, the most commonly prescribed clot-preventing drug for heart patients and one of the most commonly prescribed drugs worldwide. Results of the genetic screening will be placed in the patient’s electronic medical record to help their physicians choose which drug and dose will work best for them. The goal of this new genetic screening program for heart patients is to reduce the risk of future complications, including strokes, heart attacks and sudden cardiac death.

Vanderbilt is the first medical center in the country to deliver this form of “decision-supported, personalized” drug therapy, said Jeff Balser, M.D., Ph.D., vice chancellor for Health Affairs and dean of the School of Medicine. No one else puts genetic information into the electronic record before it is needed, he said recently during his State of the Medical Center address. Having the information there means it’s immediately available to doctors when the drug is prescribed, not hours or days later.

The new program, which launched Sept. 15, is called PREDICT, for Pharmacogenomic Resource for Enhanced Decisions in Care and Treatment. It was developed by a team of experts led by Dan Roden, M.D., assistant vice chancellor for Personalized Medicine; Dan Masys, M.D., chair of Biomedical Informatics; Jim Jirjis, M.D., MBA, chief medical information officer; and Jill Pulley, MBA, assistant professor of Medical Education and Administration. Every year, 4,000 patients at Vanderbilt undergo cardiac catheterization because of suspected heart disease. The X-ray test can detect “narrowings” in the coronary arteries that threaten to cut off the heart’s blood supply. In about 1,700 patients, tiny tubes called stents will be placed in narrowed arteries to keep them open, and the patients will be given the anti-coagulant drug Plavix to prevent clots from forming around the stent. The problem is, about 1,000 of the patients will carry a genetic variation that prevents Plavix, also known as Clopidogrel, from being efficiently converted in the liver into its active form. That variation will be especially severe in about 50 patients, and the drug won’t work in them.

This variation, and its impact on drug metabolism, was identified more than 25 years ago by Vanderbilt researchers led by the late Grant Wilkinson, Ph.D., D.Sc. It took advancements in informatics and pharmacogenomics, many of them made at Vanderbilt, to bring this knowledge to the cath lab.  The goal of PREDICT is to use genetic information, obtained and included in patients’ medical records in advance, not only to help guide physicians to choose the right drug therapy, but ultimately to improve outcomes, avoid complications and cut health care costs.

“What we’re talking about … is the first step to the execution of that vision, the idea of putting genetic information that’s important for drug response into the charts of people for whom the drug is not yet actually prescribed,” Roden said. Later, when the drug is prescribed, the physician may receive an electronic warning that because of the patient’s genetic make-up, the dose should be changed or another drug given. For patients whose genetic variation makes them unresponsive to Plavix, an alternative blood-thinner will be recommended. If successful, PREDICT may reduce substantially the cost of care for patients who otherwise would have developed life-threatening clots, Jirjis predicted. 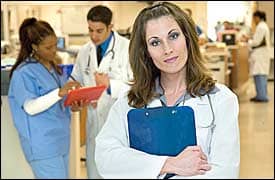 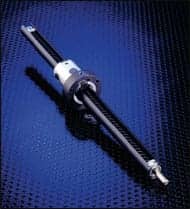 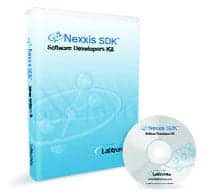