Whistle While You Work?

“Once the toothpaste is out of the tube, it’s hard to get it back in.”
HR Haldeman

Some of you will remember this quote by former President Nixon’s chief of staff, HR “Bob” Haldeman, who spent 18 months in jail for his role in the Watergate scandal. It reminds me a little of the scandal at Maryland General Hospital. Once whistle-blowers helped uncover safety violations in the lab at the hospital, a Pandora’s box was opened, followed by an avalanche of concern. There was no putting the toothpaste back in. In fact, many believe that safety violations at labs are more widespread than at first suspected. Consequently, Rep Elijah E. Cummings (D-Md) has introduced a bill (HR 5311, the Clinical Laboratory Compliance Improvement Act) in the hope that providing whistle-blower protections will bring problems at other laboratories to light. The bill:

While this bill is certainly a step in the right direction, critics argue that it won’t do enough to eradicate safety violations at labs or to ensure the accuracy of test results. They feel that instead of a bill designed to put out fires, a proactive, nonpunitive, consultative approach is needed. The bill does not directly address the quality of processes in the lab; instead, it serves to improve the lab’s policing methods. As one representative of an accreditation agency said to me, “Fear doesn’t lead to quality improvements. Quality assurance and assessment processes have to be woven into the fabric of the lab.”

In spite of those arguments, most agree that a real plus is the fact that this bill requires state, federal, and private agencies to share information about reports of deficiencies. In fact, to their credit, these entities have already begun the process of meeting and sharing information.

Still, is it fair to ask overworked and underpaid lab professionals to take on the additional responsibilities of investigating and reporting? Because the safety of patients is at stake, whistle-blowing may soon be one of those responsibilities that comes with the job. If problems reported to management are not resolved, they must be reported to the appropriate authorities outside the lab. This bill is designed to protect those principled enough to blow the whistle.

Winston Churchill once said, “Men occasionally stumble over the truth, but most of them pick themselves up and hurry off as if nothing ever happened.” Lab professionals can’t afford to hurry off while ignoring problems in the lab; they have an ethical and moral responsibility to safeguard the health of patients. The answer to the whistle-while-you-work question is: Absolutely! 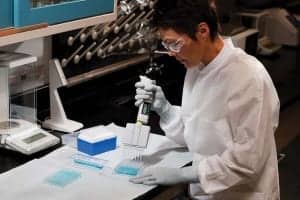