Capnia develops and commercializes novel products based on its proprietary technologies for precision metering of gas flow. The company’s lead product, CoSense, is a portable, noninvasive device that rapidly and accurately measures end-tidal carbon monoxide (ETCO). In patient applications, CoSense is used for monitoring CO from internal sources (such as hemolysis, a dangerous condition in which red blood cells degrade rapidly), as well as external sources (such as CO poisoning and smoke inhalation). The device is available in the US, and has received CE mark certification for sale in the European Union.

The 6-month SBIR grant will be used to help fund the development of a modified CoSense device that is suitable for field use in developing countries with high prevalence of sickle cell disease (SCD), also known as sickle cell anemia (SCA).

Worldwide, SCD is the most common lethal inherited disorder, with more than 300,000 babies born with SCD each year. The vast majority of these infants are born in sub-Saharan Africa and India. Hemolysis associated with SCD affects the blood and various organs in the body, causing episodes of pain and other symptoms.

Capnia’s SBIR grant is supported by a recently published study demonstrating that CoSense can accurately distinguish children with SCA from age-matched healthy controls by measuring ETCO with a simple, rapid, noninvasive breath test. The data suggest that ETCO may be a valuable tool for ongoing noninvasive monitoring of the severity of hemolysis in SCA, and that ETCO has potential for use as a point-of-care screening test for SCA.

The phase I project seeks to initiate development of a point-of-care CoSense device that accurately and consistently measures ETCO under the more extreme temperature conditions encountered in developing countries, where 90% of SCD births occur.

“In certain developing territories such as sub-Saharan Africa and India, 50% to 90% of babies born with SCD do not survive to adulthood,” says Anish Bhatnagar, MD, Capnia CEO. “Studies have shown that when SCD is diagnosed in the newborn period, early mortality is preventable through prophylactic antibiotics, vaccinations, and health education. Universal newborn screening for SCD has been implemented in the United States with significantly improved morbidity and mortality outcomes, but comparable programs are expensive and difficult to implement in developing countries.

“While CoSense can be used in healthcare related environments in these countries, it would be desirable to extend its ability to be used in more remote settings,” adds Bhatnagar. “We are pleased that the NHLBI has recognized the potential of our technology and will be supporting the effort with this grant.”

Research and development work supported by the phase 1 grant will be conducted in collaboration with the University of California San Francisco Benioff Children’s Hospital, Oakland. Ashutosh Lal, MD, director of the thalassemia program at Benioff Children’s Hospital, was the principal investigator for the published SCA study and will collaborate with Capnia for the SBIR grant.

“Our data showed that CoSense can clearly distinguish between SCA and controls using a breath test that is simple and rapid,” says Lal. “Our collaboration with Capnia on this phase I grant will allow us to work on an urgently needed noninvasive point-of-care solution for lack of screening alternatives for SCA in resource-poor countries.” 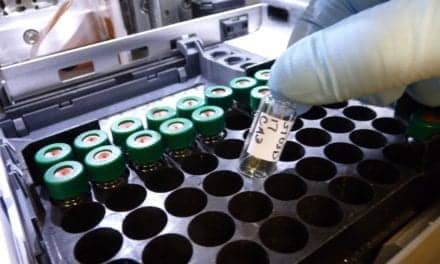