Decades of declines in LDL cholesterol blood levels, a key marker of death risk from heart disease, abruptly ended in 2008, and may have stalled since, according to a multiyear, national study published in PLOS ONE.

The study, by researchers at Quest Diagnostics, Madison, NJ, examined low-density lipoprotein, or LDL, blood-serum cholesterol test results of nearly 105 million individual adult Americans of both genders in all 50 states and the District of Columbia from 2001 to 2011. The study is the largest of LDL cholesterol levels in an American population, and the first large-scale analysis to include data from recent years 2009 to 2011.

“Our study suggests that significant improvements in heart disease risk through declines in LDL cholesterol blood levels over the past several decades came to an unexpected and sudden end in 2008,” says investigator Robert Superko, MD, medical director, cardiovascular disease, Quest Diagnostics. “The unprecedented scale of our data set should spur additional research to identify the cause or causes in order to prevent a possible reversal in years of gains in cardiovascular health in the US population.”

The study found a net 13% decline in the annual mean LDL cholesterol level of the study population over the 11-year period. Between 2001 and 2008, the average age-adjusted mean LDL levels declined from about 120 mg/dL to 104.7 mg/dL, but plateaued at that level for the remainder of the study period. LDL levels of 100 mg/dL or lower are considered optimal by the American Heart Association. By 2011, about 46% of patients had achieved LDL levels lower than 100 mg/dL, while 6% of patients had LDL levels in the high-risk category of 160 mg/dL or higher.

Blood cholesterol levels are the primary biomarker for cardiovascular disease, which accounts for one in every three deaths in America. High levels of LDL (“bad”) cholesterol can cause arterial clogging, increasing the risk of stroke and heart disease. Treatments typically include lifestyle modification and therapy with lipid-lowering medications such as statins. Every 10 mg/dL decline in LDL is associated with an approximately 5% to 13% decline in major vascular disease events, such as strokes and mortality.

Prior research, including results of three National Health and Nutrition Examination Surveys (NHANES) of nearly 40,000 patients for the years 1988 to 2010, demonstrated that LDL levels have declined in the United States while the use of lipid-lowering medications has increased.

The Quest Diagnostics Health Trends study, “Blood Cholesterol Trends 2001-2011 in the United States: Analysis of 105 Million Patient Records,” was published online May 10, 2013 in the peer-reviewed, open-access journal PLOS ONE.

Theories for the LDL Plateau
The observational study in PLOS ONE did not identify a cause for the trends in LDL cholesterol blood levels, although investigators suggested several hypotheses.

“It is possible that the economic recession that began at about the same time LDL values plateaued in our study played a role. Patients dealing with financial constraints may have been less inclined to visit their physician or use their medications at full dose, limiting access to and effectiveness of treatment. Individuals may also have experienced changes in stress levels, diet, sleep and other behaviors, due to the poor economy, which in turn may have adversely impacted lipids,” says Harvey W. Kaufman, MD, senior medical director, Quest Diagnostics.

The investigators also theorized that statins users in the study may have reached the maximum therapeutic-threshold level or that increases in obesity prevalence or other co-morbid factors during the 11 years of the study period contributed to the LDL plateau.

“These speculative, but plausible theories deserve additional research so the cause of the trend seen in our data can be addressed and hopefully reversed,” Kaufman says.

Gender Differences
The investigators also found differences in LDL cholesterol declines by gender. The decline in annual age-adjusted mean LDL cholesterol blood levels was slightly greater among men than women, with an average 13.4% decline for men compared to a decline of 12.5% for women.

“Though the differences are not statistically significant, they may reflect meaningful differences in the prescription rate and effectiveness of lipid-lowering interventions, including statins and lifestyles, between genders,” wrote investigators in the study. They also theorize that the differences may be due in part to “under-appreciation of heart disease risk in women,” given female-specific AHA guidelines and risk-classification algorithms for women were introduced only in 1999 and 2007, respectively.

Greater Vigilance Required
“Like other Quest Diagnostics Health Trends reports, our goal is to provide insights, based on diagnostic data, to enhance public health and patient management and, fundamentally, create a healthier world,” Kaufman says.

“We believe this new study will encourage additional population research to inform public health efforts. But we also believe the study should prompt individual patients to be vigilant about practicing healthy behaviors and lipid-lowering treatment plans. Our hope is physicians and patients will have more productive conversations about the importance of LDL control to cardiovascular health as a result of this study,” he adds.

The study’s strengths include its size, national representation, longitudinal analysis, and incorporation of data up through 2011. It also includes its separation of data into distinct years, as opposed to other large-scale studies, such as NHANES, which group findings into multiple years. The study represents patients under medical care and not the general American population and did not include results of clinical records, such as medical history and medications, to assess contributing factors to the results. The study examined test results of patients tested by Quest Diagnostics. Data was de-identified prior to analysis and the Western Institutional Review Board exempted the study from review. 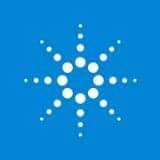