Inside Track: PAMA Takes a Toll 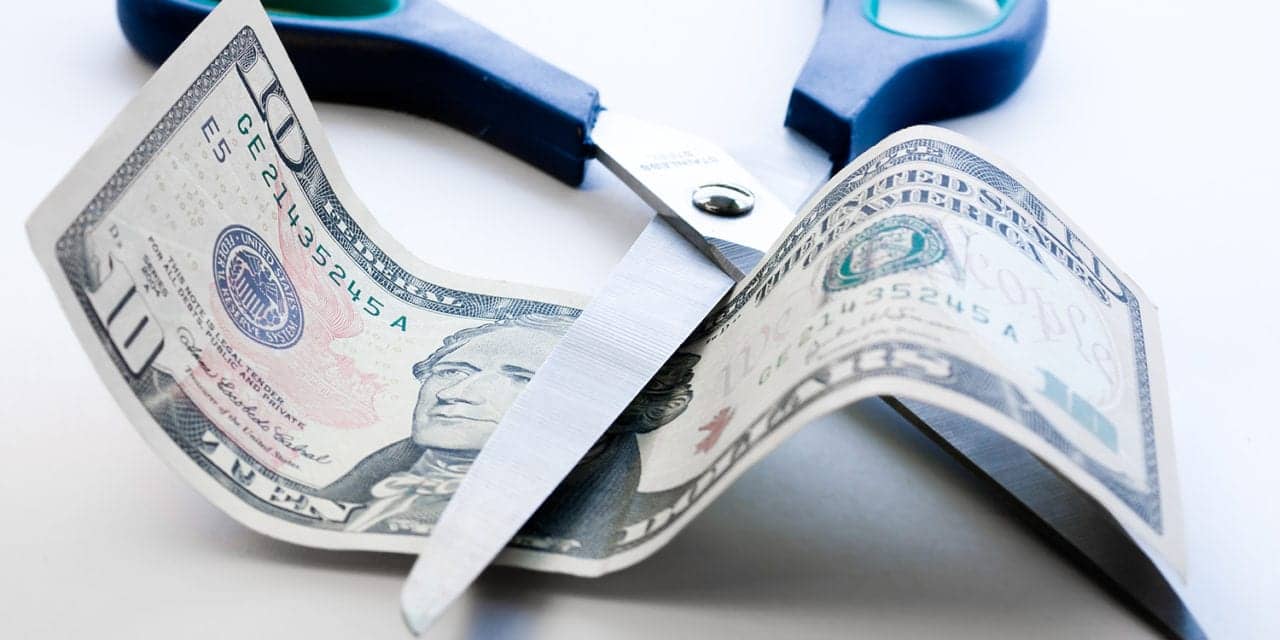 At the beginning of May, the National Independent Laboratory Association (NILA), St Louis, released a report about the effects that the Protecting Access to Medicare Act of 2014 (PAMA) have begun to have on community and regional clinical laboratories since its implementation in January of this year. A summary of interviews with NILA members, the report offers an early real-world indicator of the negative impact of PAMA’s reductions to the Medicare Clinical Laboratory Fee Schedule (CLFS).

The original intent of PAMA was to establish a market-based system for clinical laboratory services associated with the Medicare Part B fee schedule. According to NILA, however, the Centers for Medicare & Medicaid Services (CMS) collected pricing data from just 0.7% of the laboratory market to serve as the basis for its rate calculations. The inevitable result was the imposition of significant reductions in CLFS payment rates, affecting especially many of the basic high-volume, low-cost laboratory screening tests performed routinely in independent community and regional laboratories to monitor and diagnose common and often chronic health conditions.

“This law was implemented in such a way that most of the clinical laboratory industry was not included in the dataset, resulting in unsustainably low rates being set for a majority of routine tests on the CLFS,” says Mark S. Birenbaum, PhD, NILA administrator. “We knew it was important to conduct this study now to start assessing the actual implications of PAMA on our members.”

Laboratories that participated in the NILA study reported that they have already begun to experience negative affects on their business and laboratory services as a result of PAMA. The study indicates that many laboratories have already reduced their workforce to adapt to the financial pressures of PAMA, marking the first time in some labs’ existence that they have found it necessary to take such a step. Additionally, PAMA has compelled some laboratories to reduce or eliminate Medicare beneficiaries’ access to such flexibile and personalized laboratory services as house calls for nonambulatory patients, expanded hours, and emergency stat testing.

“The study proves what we thought would happen when we saw the final payment rates from CMS. It further emphasizes the detrimental and wide-reaching impact PAMA has caused on the services of community and regional independent laboratories,” says Birenbaum. “If PAMA is not reconsidered, there will be an increased cost to the Medicare program because beneficiaries will either utilize higher cost services or will forgo essential clinical laboratory testing, increasing the likelihood of further medical complications and costs. PAMA must be revised to reflect true market rates to preserve the nation’s vital clinical laboratory infrastructure.”

To find out more about NILA’s report on the effects of PAMA, CLP recently spoke with Mark S. Birenbaum, PhD, NILA administrator.

CLP: NILA’s report focuses on PAMA’s effects on laboratory operations. In broad terms, what effects did the report informants describe?

Mark S. Birenbaum, PhD: Informants described the impact that the PAMA cuts are having on their labs, and predicted how their laboratories will fare over the coming months and years as the cuts are fully implemented. While the interviews were conducted early in the year, when laboratories were just starting to deal with the new rates, many labs already reported negative effects to their business and to the patients they serve. Overall, cuts to existing services, layoffs, and shifting client mix were some of the most significant effects.

CLP: The report participants indicate that at least 60% of their business is associated with Medicare’s clinical lab fee schedule (CLFS). Is NILA’s membership of independent community and regional labs especially dependent on such revenues?

Birenbaum: Yes, most community and regional laboratories receive a significant percentage of revenues from the Medicare Part B CLFS or from other fee schedules that are based on Medicare’s CLFS.

CLP: According to the report, labs that provide only clinical biochemistry testing to long-term care facilities are at high risk of not surviving the first year of PAMA’s pricing reductions. Why are such labs especially vulnerable?

Birenbaum: Laboratory services to skilled nursing facilities (SNFs) and long-term care facilities consist of a small group of frequently performed tests, almost all of which will be reduced by 10% in the first year.

Since most patients in SNFs and long-term care facilities are Medicare or Medicaid beneficiaries, cuts to Medicare’s CLFS will apply to a large percentage of the tests performed by laboratories that primarily serve those facilities. A few of those labs have other revenue streams, such as mobile x-ray units, but most have profit margins of less than 10%, so they are most likely to become unprofitable in the first year of the PAMA cuts.

However, other community and regional labs are likely to become unprofitable in years 2 and 3. How long a lab survives will depend primarily on how much non-Medicare revenue it receives, and whether it can find other profitable revenue streams.

CLP: The report indicates that other types of labs may change their client mix to avoid similar exposure. What types of clients would be dropped?

Birenbaum: A client with a high Medicaid patient population is one type that could be dropped as a result of the PAMA cuts. Unfortunately, many state Medicaid programs already have lower rates than Medicare and also tie their rates to Medicare’s CLFS, so current Medicaid rates will be further affected by the new PAMA rates.

CLP: For clients that are dropped, what alternatives would exist for obtaining clinical laboratory testing services?

Birenbaum: Unfortunately, this is one of NILA’s biggest concerns with PAMA. When regional and community clinical labs drop clients and cut services, there are no obvious solutions that would enable patients to get their essential laboratory tests.

There is some speculation that hospital outreach labs could help to fill the gaps. But given the impact that PAMA’s cuts will have on hospital outreach labs, we view that as unlikely. Even though hardly any hospital outreach labs reported their private payor rates as part of the PAMA reporting process, their Medicare CLFS payments will be reduced just as much as for community and regional labs. The result will create a void in laboratory services for many communities.

CLP: Aside from changing their client mix, what other strategies have informants indicated they are pursuing?

Birenbaum: Some informants indicate they are looking to cut staff to see if they can maintain services with fewer FTEs. While there might be some room for efficiencies of this type, some labs are already as lean as they can be. Any further staff cuts will mean that services and patient care will suffer. Larger community and regional labs may automate if they have the capital to do so.

CLP: The informants indicate that they have already begun to reduce the range of services they provide. What services are most at risk of being eliminated?

Birenbaum: Emergency stat testing services, and services for skilled nursing facilities and long-term care facilities are among those that laboratories suggest will be the first to be eliminated.

CLP: Workforce reductions are also on the table. Did the informants provide a sense of the potential scale and pace of such reductions?

Birenbaum: The number of layoffs will really depend on the size of the lab, but generally informants are trying to strike a balance between layoffs and the ability to continue operating without disrupting services. At some point, layoffs are no longer an option, as lab services require a specific team of personnel to perform them.

CLP: The report describes the effects of reduced support for innovation on labs’ ability to respond to the opioid crisis. Are there other areas where lack of such support will result in diminished responsiveness to healthcare needs?

Birenbaum: Labs are always looking for ways to innovate and advance laboratory testing, but these investments take time, staff, and resources. When all of these become strained as a result of the PAMA cuts, labs will be forced to reduce, or eliminate, their research and development activities.

CLP: In the long term, what do informants expect will happen to their organizations if no change is made to the way that PAMA has been implemented?

Birenbaum: A significant number of laboratories indicate they will be out of business in 3 years if the PAMA cuts are not addressed before then.

CLP: Are certain types of testing or specific patient populations more likely than others to be harmed by ongoing PAMA reductions?

Birenbaum: Patients who do not live in densely populated, well-off urban and suburban settings—that is, rural and inner-city patients—will be the first to be harmed by the PAMA cuts to laboratories. Regional and community labs are, in many cases, the only labs that serve these areas. The disappearance of community and regional labs could mean huge access issues for rural and inner-city Medicare and Medicaid patients.

CLP: What role do you expect large commercial labs to play if independent labs cannot survive?

Birenbaum: The largest national independent labs have made it clear that their business models do not include coverage for many of the geographic areas served by regional and community labs.

CLP: The report ends with an appeal to reconfigure the implementation of PAMA in order to obtain the market-based system that Congress intended. What would a successful effort along these lines look like?

Birenbaum: One of the main reasons that PAMA failed to capture the true market rate of laboratory testing is that the data collected were mostly from the three largest national labs and included almost no data from hospital outreach labs. This is one key factor that must be addressed to fix PAMA. NILA worked closely with the American Clinical Laboratory Association and AdvaMedDx to develop a proposal to address this issue, using a representative sampling of laboratories to ensure that future data collection processes include the entire laboratory market.

CLP: The report provides an example of the post-PAMA reimbursement rates for 10 commonly performed clinical laboratory tests, most of which will be reduced by more than 35%. Do you expect that such reductions will be typical for all tests? Will there be any exceptions?

Birenbaum: The final payment rates for all tests on the CLFS are posted on the CMS website. Many tests (nearly two-thirds) were cut by 30% to 60%, and these cuts go into effect in 10% increments for the first 3 years, and then in 15% increments for the following 3 years. There are a few tests that will see more modest cuts, or even an increase, but not many. Most advanced diagnostic laboratory tests will see an increase.

CLP: The report is based on interviews with just 11 lab representatives. Do you believe their experience is typical of all laboratories?

Birenbaum: The results will be stronger statistically if more labs are interviewed. We are willing to conduct more interviews if labs will agree to do them. Labs that are willing to participate in an in-depth interview can contact NILA via  [email protected] (314) 241-1445.

Study Supports Use of DiviTum for Evaluation of Pancreatic Cancer 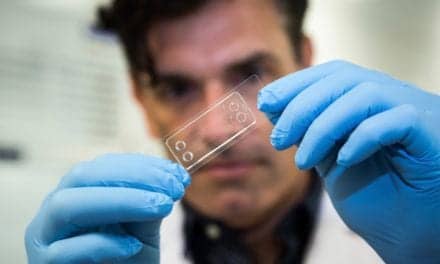 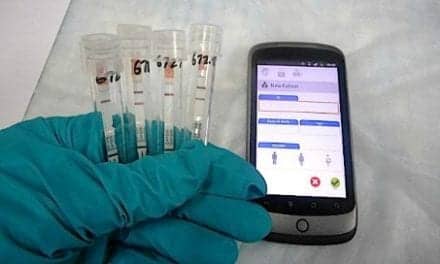