In addition, the study, led by investigators in The Cancer Genome Atlas (TCGA) Research Network, revealed four novel tumor subtypes, while also identifying genomic similarities between endometrial and other types of cancers, including breast, ovarian, and colorectal cancers.

These findings represent the most comprehensive characterization of the molecular alterations in endometrial cancers available to date. They were published May 2, in the journal Nature.

Clinically, endometrial cancers fall into two categories: endometrioid (type I) and serous (type II) tumors. Type I is correlated with excess estrogen, obesity, and a favorable prognosis, while type II is more common in older women and generally has a less favorable outcome. Type I tumors are often treated with radiation therapy, which helps stop or slow cancer growth, given in addition to or after the primary treatment. Type II tumors are generally treated with chemotherapy, in which drugs are used to kill the cancer cells or stop them from growing.

Distinguishing between different types of endometrial cancers is currently based on histology, but categorizing endometrial cancer tissues is often difficult, and specialists frequently disagree on the classification of individual cases.

In this study, investigators showed that approximately 25% of tumors that pathologists classified as high-grade endometrioid showed frequent mutations in TP53, a tumor suppressor gene, as well as extensive copy number alterations (when a cell has too many or too few copies of a genomic segment). Both are key molecular characteristics associated with serous tumors, along with a small number of DNA methylation changes (additions of a basic chemical unit to pieces of DNA). Most endometrioid tumors, by contrast, have few copy number alterations or mutations in TP53, though there are frequent mutations in other well-known cancer-associated genes, including PTEN, another tumor suppressor gene, and KRAS, a gene involved in regulating cell division.

These data suggest that some high-grade endometrioid tumors have developed a strikingly similar pattern of alterations to serous tumors, and may benefit from a similar course of treatment.

“This study highlights the fact that some tumors with the same characterization by pathologists may have very different molecular features. That’s where these findings will be directly implemented in additional research, and also in the context of clinical trials,” says Douglas A. Levine, MD, head of the Gynecology Research Laboratory at Memorial Sloan-Kettering Cancer Center, New York, and a co-leader in the study.

According to the authors, the new findings provide a roadmap for future clinical trials for endometrial cancer. “Each tumor subtype might warrant dedicated clinical trials because of the marked genomic differences between them that are indicative of different drivers of cancer,” says study co-leader Elaine Mardis, PhD, co-director of the Genome Institute at Washington University School of Medicine, St Louis. “Developing therapies for each subtype independent of the other may improve outcomes, as has been shown in breast cancer.”

The New York Times has published an article on this topic, and the comment thread is a great read. 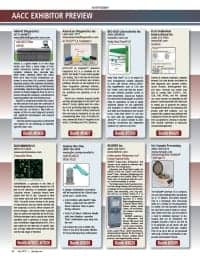