Aversion to Innaccuracy in Allergy Testing 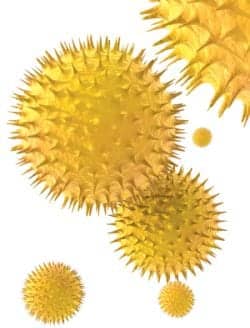 The immune system is a wonderful thing, fighting off viruses, bacteria, and other potentially harmful organisms, helping to keep us healthy and alive—until it turns on us. Allergies represent one way the immune system can wreak havoc in the body instead of waging a helpful war. Allergies are the result of an overreacting immune system responding to substances that, in most individuals, typically cause no reaction nor require one.

Common allergens include pollen, food, mold, dust mites, drugs, and dander. Common symptoms include sneezing, wheezing, coughing, and itching, but far more serious problems can occur. Conditions such as asthma and sinusitis can have a significantly negative impact on a patient’s quality of life, and anaphylactic reactions can result in death.

The Asthma and Allergy Foundation of America estimates than one of every five Americans—approximately 50 million individuals—suffers from all types of allergies, including indoor/outdoor, food and drug, latex, insect, skin, and eye allergies, a figure that has been growing since the 1980s. Allergy is the fifth leading chronic disease in the United States among all ages, and the third most common among individuals under 18 years of age.1

“The IgE antibody evolved to help us fight infections from parasites, but we don’t have a lot of parasites in the West. As a result, the IgE tends to react against other things, like ragweed, mold, and pet dander,” says Jay M. Portnoy, MD, chief of the section of allergy, asthma, and immunology at Children’s Mercy Hospitals and Clinics in Kansas City, Mo, and a member of the American College of Allergy, Asthma, and Immunology.

At the same time that parasites have become less of a problem, the world has seen changes in climate and migration patterns that have impacted allergy seasons. In fact, allergies are seasonal only from the perspective of the allergen involved (that is, flower pollen in the spring, ragweed pollen in the fall), but for many allergy sufferers, allergies are a constant, year-round presence.

More tests present challenges for physicians, specialists, and laboratories as patient and sample volumes increase in general. New technologies can help with efficiency but can also create problems if not used effectively, so parties should work together to ensure that the proper diagnosis and treatment are rendered.

The IMMULITE 2000 analyzer combines allergy and specialty immunoassay testing on one platform with features designed to increase lab efficiency.

Many patients complaining of allergies are initially seen by the primary care physician, which works out well for allergists. “The NIH [National Institutes of Health] guidelines for asthma recommend that all patients with persistent asthma should have allergy testing. As more people need testing, there aren’t enough allergists to test everybody who needs to be tested, so primary care doctors are needed in order to help with all of this testing,” Portnoy says.

However, both the primary care physician and the allergist should work together to determine the appropriate test, interpret the results accurately, and understand the limitations correctly. “The clinical history of a patient and the clinical examination are the most important components of the diagnostic process in determining allergy, followed by testing,” Kunicka says.

Today’s allergy tests are primarily two types: skin testing and in vitro, although food allergies may also be diagnosed using food elimination or food challenge tests. “Most allergists have used allergy skin tests, and those are felt to be effective, safe, and sensitive, but more and more physicians are starting to use in vitro blood tests,” Portnoy says.

Each type of test has its advantages and disadvantages, but both provide the same type of information, Portnoy notes. Skin tests (unless an extended patch test) typically provide same-day results and offer a test of the direct relationship between the allergen and the reaction. The skin test is often a better option for older patients who are considering shots (older being 12 years of age and up, according to Portnoy). Younger kids may not be able to sit still long enough for the test; pain and discomfort are fairly minimal.

Blood tests, however, involve even fewer needles (just a single stick) and avoid the risk of a negative reaction, particularly one that is anaphylactic. Results are typically available within a couple of days. “In vitro testing provides a convenient, reproducible, reliable way of evaluating a patient for a particular allergy,” Kunicka says.

Patients with higher risk situations, such as pregnant women, may be directed to consider a blood test over the skin for these reasons. Patients currently taking antihistamines may also prefer the blood test as it does not require they stop the medication; they are likely to have to do so for a skin allergy test, Kunicka says.

The blood test is simpler to administer, requires less time on the part of the health care practitioner, and can produce multiple results from one sample. However, this benefit could also be a boondoggle. “Panels of tests ought to be done in an informed way. The doctor really needs to order the tests that are important for the patient that is being seen and not rely on generic panels, like the pediatric profile, because they can be misleading,” Portnoy says.

Elevated IgE levels do not necessarily mean the patient will suffer an allergic reaction. “The presence of IgE by itself does not mean the patient is allergic to that thing. It’s also important to determine whether the patient has symptoms after being exposed,” Portnoy says.

For this reason, physicians without proper training may interpret results incorrectly, suggesting patients are allergic to specific allergens when, in fact, they are not. “It has been a concern that people in the allergy community have had as these blood tests have become available,” Portnoy says.

Physicians should not just declare an allergy based on elevated IgE levels. Portnoy has seen young patients become malnourished as a result of being incorrectly told to avoid milk due to a food allergy, the determination of which was made using an improperly interpreted blood test.

However, properly interpreted, the tests, which provided quantitative results, can be helpful depending on the allergy and the goal. “For food allergies, I think the blood test can be more accurate because it gives you a number you can follow over time,” Portnoy says.

In comparing results over time or even in interpreting them, it’s extremely important for physicians to note the brand of test they are ordering. “Each brand has undergone its own set of clinical trials to determine the performance characteristics of the tests. If you order a brand of IgE test and then use the characteristics studied on a different brand, you will get incorrect information,” Portnoy says.

Used properly, in vitro allergy tests can be extremely helpful for the physician seeking to diagnose an allergy patient. And manufacturers are, of course, looking to improve the tests so they may be even more helpful. Developments have occurred in conjunction with advances in other fields, such as molecular biology, and some manufacturers are altering the materials they use.

Siemens, for example, is incorporating newer materials that do not use the traditional whole extracts from allergenic substances. “The sensitivity of these [traditional] assays actually varies based on the quality of these individual extract allergens,” says Debra Hovanec-Burns, PhD, vice president, allergy diagnostics and assay validation with Siemens Healthcare Diagnostics.

As the company continues to develop its allergy testing menu, Siemens has focused on a component-based method as the way of the future: IgE antibodies are detected as a reaction to recombinant or highly purified individual protein molecules. “Right now, testing is primarily done on whole extract allergens, but I believe the future will move to component diagnosis,” Hovanec-Burns says.

The newer tools are gaining popularity in Europe, where most allergy testing is done in vitro, according to Hovanec-Burns. “Methods of allergy testing really depend on the different clinical practice in different parts of the world,” Kunicka says, noting that Europe and Japan both rely more heavily on in vitro testing than in the United States.

“In Japan, more than 90% of allergy testing is performed in vitro. In Europe, it’s about 70%. But in the US, the majority of testing is done by in vivo methods,” Kunicka says, noting the United States will likely follow its overseas counterparts toward in vitro methods. “The newer guidelines will address the importance of in vitro testing, but it takes time,” Kunicka says.

In the interim, some physicians will begin to utilize more in vitro testing due to the advantages associated with the newer tests and technologies; others may be driven by expense and efficiency concerns. Large manufacturers are able to develop tests that run on existing immunoassay platforms, allowing for operational efficiencies in diagnostic testing and no need for large capital expense to expand an allergy testing menu.

But whatever methods are used to test patients for allergy, primary care physicians and allergists will have to work together to benefit the patient and restore the immune system as the allergic individual’s friend rather than enemy.

Siemens isn’t the only company producing these innovative allergy testing products. Many other manufacturers are supplying the industry with these assays. Some of them include: