“Prodesse’s recently completed reactivity testing confirms that our ProFlu+ test can be an important tool for health care professionals in the diagnoses of their patients, particularly during the Influenza A outbreak,” said Tom Shannon, President and Chief Executive of Prodesse.  “We have been extraordinarily busy due to this outbreak and our order volumes have increased dramatically.  Customers have reported that they are extremely pleased with the performance of our ProFlu+ test, which detects and differentiates Influenza A, Influenza B and RSV in a single reaction in about three hours.  With the failure of the rapid antigen tests to reliably detect influenza viruses, particularly the recent H1N1 strain, we are seeing a large number of laboratories move towards molecular testing with ProFlu+ for those viruses.”

It is estimated that approximately 15 million rapid antigen tests for influenza are performed annually in the United States.  These tests often have been shown to have less than optimal sensitivity, but they have performed particularly poorly during the swine flu outbreak.  Recently published papers have reported the sensitivity of three different rapid antigen tests at 10 percent, 18 percent and 49 percent.  Another test was reported to Prodesse as having 37 percent sensitivity compared to the ProFlu+ test (unpublished data).  The reported low sensitivity of the rapid antigen tests and the lengthy turn-around time for culture are both driving an unprecedented increase in the volume of molecular testing.

Prodesse’s ProFlu+ test was cleared by the FDA in January 2008 for the detection and discrimination of Influenza A Virus, Influenza B Virus and Respiratory Syncytial Virus, and is the only commercially-available FDA-cleared molecular test for respiratory viruses that uses real-time PCR (polymerase chain reaction) technology.

Real-time PCR technology is simple to use and easily integrates into a lab’s existing workflow.  The ProFlu+ product has been optimized for use with automated extraction technology that minimizes technician hands-on time.  This ease-of-use enables labs to quickly validate the product for use.  Test results can be obtained in as little as three hours using the assay – a significant improvement over culture-based methods that can take up to weeks to produce a result.  During a public health emergency, this speed to result and the exceptional sensitivity of molecular testing is extremely important from an infection control perspective. 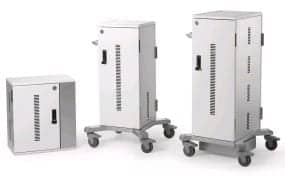