ATHENA study highlights the potential of the cobas HPV Test in detecting the presence of HPV-16 and HPV-18, and identifies cervical pre-cancer missed by traditional Pap test.

The cobas 4800 System combines in vitro diagnostic tests for Chlamydia trachomatis (CT), Neisseria gonorrhoeae (NG), and human papillomavirus (HPV) testing with fully automated sample preparation and real-time polymerase chain reaction (PCR) technology. The tests are designed to detect the 14 HPV high-risk genotypes widely accepted to cause cervical cancer and bacterial DNA associated with Chlamydia and gonorrhea infections. By identifying 14 HPV genotypes, the cobas® 4800 HPV test enables immediate identification of the two genotypes (HPV-16 and HPV-18) that put women at highest risk for cervical cancer. It is designed to greatly improve laboratory workflow and provide useful information that physicians can immediately act upon. The cobas 4800 CT/NG test is not available in the United States. A 510(k) submission is pending.

Roche has announced that a study published online on February 24, 2011, in the American Journal of American Pathology—the first in a series of papers—demonstrates the ability of the landmark cobas HPV Test to individually detect the presence of HPV-16 and HPV-18, two of the highest-risk HPV genotypes that cause 70% of cervical cancer cases. Persistent infection with human papillomavirus is the principal cause of cervical cancer in women, and HPV is implicated in more than 99% of cervical cancers worldwide.

The ATHENA (Addressing the Need for Advanced HPV Diagnostics) study funded by Roche Molecular Systems, Pleasanton, Calif, is the largest US-based registration study for cervical cancer screening and has been a more than 3-year effort, involving the recruitment and testing of 47,000 women 21 years of age or older with atypical squamous cells of undetermined significance (ASC-US).

ATHENA highlights the potential for the cobas HPV product in evaluating women at the highest risk for developing cervical disease. Nucleic acid (DNA) testing is a sensitive and noninvasive method for determining the presence of HPV infection.

“Prior to this test, we had no laboratory ability in a validated manner to look for these individual genotypes,” says Mark H. Stoler, MD, professor and associate director of surgical pathology and cytopathology at the University of Virginia Health System, Charlottesville.

“The power of this test lies in the fact that it is a clinically valid tool for physicians needing to manage the ASC-US population, as it identifies not only patients at high risk for HPV, but also HPV-16 and HPV-18, and eliminates the need for clinicians to go back and do any further tests,” Stoler says. Knowing a patient’s HPV type allows the clinician to make treatment decisions that could help prevent cervical cancer in its earliest, most treatable stages, and better determine treatment strategies, which may improve treatment outcomes.

“It is much easier to do a molecular test than it is to do a Pap,” Stoler explains, “because the HPV is done by a machine whereas the other (Pap) requires technologists and pathologists to actually review the slide.”

Christoph Majewski, head of HPV research and development for Roche Molecular Systems, underscores the findings. “HPV DNA testing has a sensitivity of about 90% for cervical cancer and its precursor lesions, documented in a meta-analysis of studies of over 60,000 women,” he reports. “HPV DNA testing is also more effective at reducing cumulative mortality compared with cytology alone. One in 10 women in the Roche ATHENA HPV clinical trial who tested positive for either HPV genotypes 16 and 18 by the Roche cobas HPV Test had cervical pre-cancer, even though their Pap test was normal.”

Another benefit of HPV DNA testing, Majewski says, is that it can be carried out using the residual liquid-based cytology specimen. Aside from eliminating the need for an additional office visit for repeated testing, HPV DNA also eliminates the need for colposcopy for 40% to 60% of women.

The test has been evaluated in European-led multicenter studies of women with mild cytologic abnormalities who had undergone screening with the Hybrid Capture 2 test (HC2), according to Majewski. In addition to having the added benefit of testing for HPV-16 and HPV-18 individually, Majewski says, the cobas HPV Test had an analytical and clinical performance comparable to the HC2 test.

Majewski notes that HPV vaccines have only been available to girls and young women during the past few years. The vast majority of women are not eligible or have chosen not to take the vaccine, and are still at risk for HPV-16 and HPV-18. In 2006, a US federal advisory panel recommended routine vaccination for 11- and 12-year-old girls.

As more women become vaccinated, screening of HPV-16 and HPV-18 and other genotypes will become even more important, as there will be even fewer abnormal Pap smears and a need for more specific testing, Majewski concludes.

Rodger Jacobs is a contributing writer for CLP. 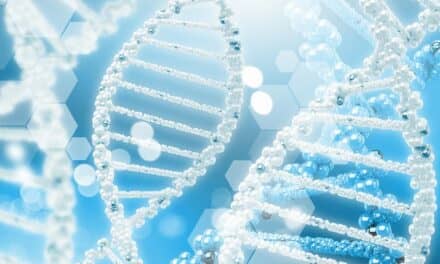