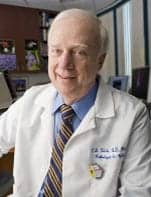 “Our goal is to bring genomics research to the forefront of pediatrics,” says Robert L. Meyer, Phoenix Children’s president and CEO. “Research and development of novel treatments for pediatric diseases has fallen short over past decades.”

According to the National Heart, Lung and Blood Institute, 70% of all medications prescribed to children have been tested only in adults. Clinical studies in children lead to a better understanding of the specific differences between children and adults, thus leading to the development of safer, more effective, and age-appropriate treatments.

“We also must address a fundamental flaw in traditional and personalized medicine – diagnosis and treatment of a disease based on clinical instead of genomic information,” Meyer adds.

The team will focus on pediatric cancers in phase one, and expand to other pediatric diseases over time.

Two distinguished scientists are joining Phoenix Children’s and were named the institute’s co-directors:

A critical component to this venture is Phoenix Children’s collaborative relationships with leading bioscience institutions. The University of Arizona College of Medicine – Phoenix brings academic and research programs, as well as academic credentials necessary to recruit and develop a research program. The College used a $1.25 million gift from the Virginia G. Piper Charitable Trust to help secure the two endowed chairs.

Daniel Von Hoff, MD“This Institute is a critical piece in the development of our campus and the emerging academic medical center in Phoenix,” says Stuart D. Flynn, dean of the College of Medicine – Phoenix. “This program will catalize Phoenix Children’s Hospital and our region to become national contributors and leaders in molecular medicine.”

The Translational Genomics Research Institute (TGen) contributes deep expertise in genomics and bioinformatics and sophisticated laboratory space. Joining the leadership team in a collaborative role is Daniel Von Hoff, MD, physician in chief, senior investigator, director of translational research for TGen, who will leverage his experience in clinical trials for adults to advance therapy development in children.

“A challenge with existing molecular medicine programs is the amount of time that it takes to develop a new drug or treatment,” Meyer says. “Our collaboration with TGen and University of Arizona opens the doors to making a portfolio of drugs and compounds available immediately.”

Cancer is the leading cause of death from disease among children in the United States, and the need for pediatric cancer therapies is especially acute. “Half of all childhood cancer patients will relapse, yet virtually no new therapy has been introduced in the past two decades,” Von Hoff says.

A founding gift by Ronald A. Matricaria provided the initial investment to establish the institute. Matricaria is a member of the Phoenix Children’s Hospital board of directors and former chairman/CEO of St Jude Medical Inc. Additional funding for the $50 million venture will come from philanthropic contributions and grant revenue. Initially, the institute will employ 50 scientists and other staff, contributing to Phoenix’s growing biomedical corridor. 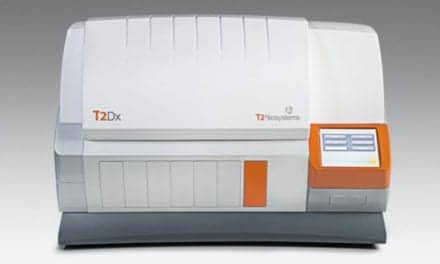