Why Thorough THC Testing is Critical 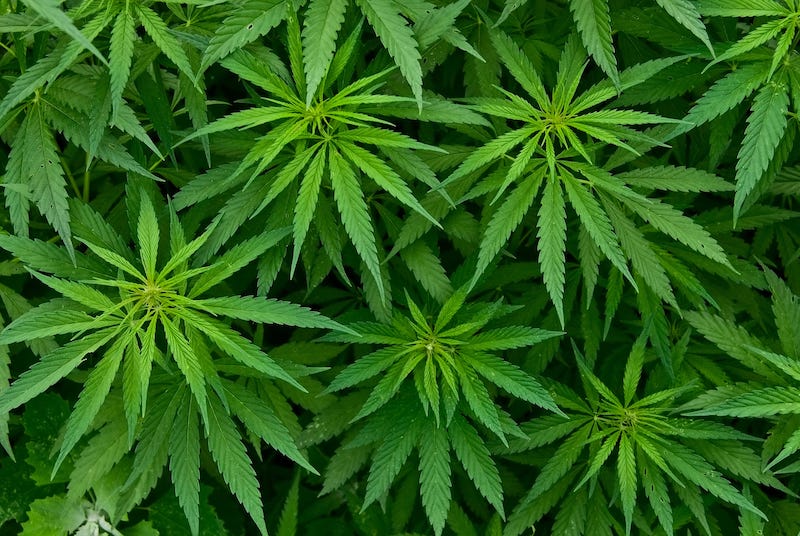 By James A. Bourland, PhD, F-ABFT

The recent increase in delta-8 THC usage has created new challenges for providers across the country. Currently, delta-8 THC is prohibited in 12 states, regulated in nine states, and legal in 29 states plus Washington, D.C. Despite being legal in many states, addiction and recovery centers follow the same zero-tolerance policy for delta-8 as they do for other legal substances such as alcohol and painkillers.

THC and CBD make up the primary active ingredients in marijuana and delta-9 THC is the chemical that produces the high from marijuana. With marijuana being one of the most frequently abused substances in the U.S.,1 the ability to properly differentiate delta-8 THC, delta-9 THC, and CBD metabolites will help addiction clinics and recovery centers considerably.

In another study of cannabis research samples over time, the average delta-9 THC concentration almost doubled, from 9% in 2008 to 17% in 2017.7

Further still, the increasing usage of delta-8 THC is muddying strategies to combat the addictive qualities.

The State of Delta-8

Delta-8 THC is a commonly occurring cannabinoid found in most cannabis plants and formed by degradation upon exposure to heat or light resulting in a bond rearrangement of delta-9 THC.8 It is detected in low concentrations in most cannabis plants with percentages of delta-8 THC to delta-9 THC ranging from 0.1%-2%.9 Because delta-8 THC is present in such low concentrations in plant material, it is typically synthesized from cannabidiol (CBD) by conversion reactions. After the conversion of CBD to delta-8 THC is completed, it undergoes extraction, isolation, distillation, and refinement processes to produce a more potent and purer delta-8 THC product10.

In Dec. 2018, the Farm Bill was signed into law which made it legal for hemp to be grown and used for extractions.11 Because delta-8 is extracted from hemp and not cannabis, it’s currently sold in many states where cannabis is considered illegal. Delta-8 is legal in several states, which has given many the impression that the compound is safe to use. Finally, because delta-8 THC can be smoked, vaped, or ingested in the form of an edible, the drug having weaker psychoactive effects can potentially mislead consumers to believe delta-8 THC is not addictive.

In May 2022, the U.S. Food and Drug Administration (USDA) issued warnings to five different companies for selling products labeled as containing delta-8 THC. 12 Because there is not an FDA-approved drug containing delta-8 THC, any delta-8 THC product that claims to cure, diagnose, treat, or prevent a disease is considered an unapproved new drug by the FDA. 12

The ease of ingesting and obtaining delta-8 THC has been a challenge for treatment centers. In an addiction treatment setting, simply allowing a patient to go to the gas station, head shop, or similar store would give them access to delta-8 THC whereas obtaining illicit THC would prove more difficult.

In a report by the FDA, 104 adverse events occurred in patients that consumed delta-8 THC products between Dec. 1, 2020, and Feb. 28, 2022.13 The adverse events included hallucinations, vomiting, tremor, anxiety, dizziness, confusion, and loss of consciousness. Of these events, 55% required intervention or hospital admission while 66% of the patients described adverse events after ingestion of delta-8 THC through food products such as brownies and gummies.13

Pharmacologically, delta-8 THC is less potent than delta-9 THC. Both constitutional isomers bind to the CB1 cannabinoid G-protein-coupled receptor in the central nervous system supporting its psychoactive properties.14 Delta-8 THC has half13 to two thirds (2/3)7 less psychoactive potency than delta-9 THC.  Delta-9 THC can impair a person’ ability to safely operate a motor vehicle. The driving impairment effects of marijuana containing delta-9 THC include, altered time perception (the user perceives a slowing of time), increased reaction times, difficulty with single and divided attention tasks, tracking and lane control.15 At his time there is a paucity of peer-reviewed scientific literature that specifically addresses the effects of delta-8 THC on driving.  It appears logical that delta-8 THC could potentially impair driving like the effects of delta-9 THC, since both bind to the same cannabinoid receptor in the brain, CB1, with delta-8 having less potency. Controlled driving studies need to be performed with delta-8 THC to address this issue in the future as delta-8 THC gains popularity.

Laboratories across the country encountered challenges with their delta-9 THC metabolite assays once delta-8 THC became readily available and prevalent among the drug using population. Delta-8 THC is an isomer of delta-9 THC and only differs by the position of a double bond at the C9 position. It has the same number of carbon, hydrogen, and oxygen atoms and the same molecular weight. Standard practice to detect marijuana use in urine samples is to detect the primary metabolite of delta-9-THC, 11-nor-9-carboxy-delta-9-tetrahydrocannbinol (carboxy-delta-9-THC).  Delta-8 THC metabolizes to 11-nor-9-carboxy-delta-8-THC (carboxy-delta-8-THC).

Most routine assays by mass spectrometry had difficulty in achieving chromatographic baseline separation of these two components. In many cases the carboxy-delta-8 THC caused an interference, if present, with the identification and accurate quantification of carboxy-delta-9-THC. This led to many labs modifying their THC metabolite assays to be able to achieve complete separation by retention time of the two compounds. The delta-8 metabolite also cross reacts ~100% with the delta-9 THC metabolite screening assays by enzyme immunoassay (EIA) and will produce a presumptive positive for marijuana use. All presumptive positive results must undergo confirmation analysis by mass spectrometry, typically Gas Chromatography Mass Spectrometry (GC/MS) or Liquid Chromatography Tandem Mass Spectrometry (LC/MS/MS).

Ways to Test for THC

Drug testing for marijuana measures cannabinoids in a sample of blood, hair, oral fluid, or urine, each of which varies in its estimated detection window duration.16 Drug testing requirements are impacted by federal, state, and local laws. And while many state have legalized marijuana use, employers may still penalize individuals for using marijuana, which remains illegal under federal law.

Following are some marijuana-use detection windows16,17,18 for the varying sample types, which also vary based on usage:

Detection times can vary widely based on individual metabolism, dosage, and use.

Metabolites are substances created while the body is breaking down a drug. Marijuana produces over 100 different cannabinoids, but only a few cannabinoids and their metabolites are measured in marijuana testing.

Marijuana tests usually measure delta-9-THC and/or its metabolites. Other cannabinoids, including CBD, are less frequently included in marijuana testing.

Testing for the Various Cannabinoids

However, to establish a more thorough THC testing strategy, Keystone Lab developed a cannabinoid panel that tests for delta-9, delta-8, and CBD metabolites to properly differentiate which drug was taken and is in the patient’s system. This new method improves the identification and quantification of carboxy-delta-9-THC in human urine and quantitatively detects carboxy-delta-8-THC and 7-carboxy-CBD. All three metabolites are readily distinguishable and accurately quantified. This new test will allow clients to determine if a patient is using delta-9 THC, delta-8 THC, CBD, or any possible combination of these cannabinoids.

Unchanged delta-9 THC is present in only trace amounts in the urine, 19 whereas carboxy-delta-9-THC is readily detectable and is targeted in urine by drug testing laboratories for marijuana use. In a recent study, carboxy-delta-8-THC was detected in workplace drug testing specimens at a much higher rate than unchanged delta-8 THC. 20 In the same study, carboxy-CBD and unchanged CBD were detected at equivalent rates. 20 Because unchanged delta-8- and delta-9-THC compounds are found in trace amounts in urine after use, it is critical to target the carboxy metabolites. Labs that offer tests for THC parent compounds in urine are not adequately testing for delta-8- and delta-9-THC.

Testing for only the parent delta-8-THC compound and not the metabolite does not effectively identify delta-8 use in urine since the metabolite is present in much larger abundance.  If the delta-8 metabolite is not tested, then patients who test positive for delta-9 THC metabolite can claim they were taking delta-8 THC parent and avoid potential punishment if delta-8 THC is legal in the provider’s state. Even if a laboratory decides not to report delta-8-THC metabolite they should be able to separate it and distinguish it from delta-9 THC metabolite.  Preliminary results from KeystoneLabfrom specimens screening positive for carboxy-delta-9-THC have shown a high prevalence of detection of carboxy delta-8-THC (38%) and carboxy delta-9-THC (95%) with 7-carboxy-CBD detected in fewer urine specimens (3%).

James A. Bourland, PhD, F-ABFT, is a recognized expert in the fields of pharmacology and toxicology, with over 30 years of toxicology experience including drugs of abuse testing in urine, oral fluid, and hair. He has a variety of Toxicology experience including working as a Criminalist/Toxicologist in state crime laboratories, Research and Development for Workplace hair testing and Pain Medication Monitoring laboratories, Responsible Person for an HHS-certified laboratory, Technical Director for Workplace Drug Testing and Laboratory Director for Workplace and Pain Management laboratories. Dr. Bourland is a fellow of the American Board of Forensic Toxicology (ABFT) and is certified as a Toxicological Chemist under the National Registry of Certified Chemists (NRCC). He has also served as a subject matter expert in Hair Testing for the Drug Testing Advisory Board. 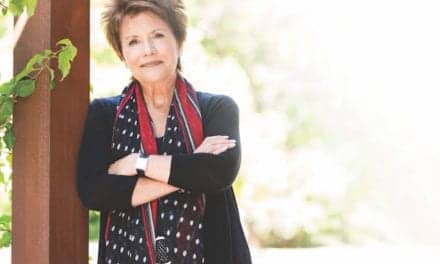 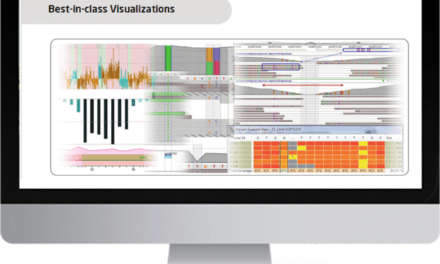