The US Food and Drug Administration have announced the approval of the vaccine Gardasil for the prevention of vaginal and vulvar cancer caused by Human Papillomavirus (HPV) types 16 and 18 in girls and women ages 9 to 26. These two HPV types cause 70 percent of cervical cancers, and are known to also cause some vulvar and vaginal cancers, but the percentages are not well defined.

“There is now strong evidence showing that this vaccine can help prevent vulvar and vaginal cancers due to the same viruses for which it also helps protect against cervical cancer,” said Jesse L Goodman, MD, MPH, director of the FDA’s Center for Biologics Evaluation and Research. “While vulvar and vaginal cancers are rare, the opportunity to help prevent them is potentially an important additional benefit from immunization against HPV.”

HPV includes more than 100 related viruses and more than 30 types can be transmitted via sexual contact. According to the U.S. Centers for Disease Control and Prevention, HPV is the most common sexually transmitted infection in the United States with 6.2 million Americans becoming infected with genital HPV each year.

For most women, the body’s own defense system will clear HPV, thereby preventing serious health problems. However, some HPV types can cause abnormal cell growth in areas of the cervix, vagina, vulva, and other areas that years later may turn into cancer.
Regarding the prevention of vulvar and vaginal cancer, Gardasil’s manufacturer, Merck & Co Inc, followed more than 15,000 participants from the original studies for about two additional years. Approximately half had received Gardasil as part of the original study—the other half did not receive Gardasil and served as a control group.

Gardasil’s label has been revised to note that presently available information is insufficient to support use beyond age 26, the current FDA-approved age. Also, new information has been added showing that Gardasil does not protect against diseases caused by HPV types not contained in the vaccine.

No vaccine is 100 percent effective, and Gardasil does not protect against HPV infections that a woman may already have at the time of vaccination. Therefore, all women should get regular Pap tests, even after they have been vaccinated. Routine Pap screening remains critically important to detect precancerous changes, which would allow treatment before cancer develops.

Since the FDA approved Gardasil in 2006, the majority of reported adverse events have not been serious. The most commonly reported adverse events have included syncope (fainting), pain at the injection site, headache, nausea, and fever. Fainting is common after injections and vaccinations, especially in adolescents. Falls after fainting may sometimes cause serious injuries, such as head injuries, which can be prevented with simple steps, such as keeping the vaccinated person seated for up to 15 minutes after vaccination. This observation period is also recommended to watch for severe allergic reactions, which can occur after any immunization.

As part of the original approval, Merck committed to a safety surveillance study of 44,000 individuals in a managed care organization. The study is assessing short- and long-term safety for all of Gardasil’s approved uses.

As with all vaccines, the FDA and the CDC continue to closely monitor Gardasil’s safety. Updated safety information on Gardasil was published on July 22 and can be found at the FDA Web Site. Product approval information is also available. 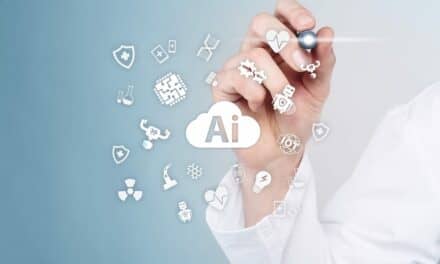