Among the first laboratories offering mSEPT9 testing for colorectal cancer to gastroenterologists, general practitioners, and patients in Germany will be Labor Krone (Bad Salzuflen), Labor Limbach (Heidelberg), MVZ Dr. Stein (Mönchengladbach), and MVZ Dr. Eberhard & Partner (Dortmund). The launch in Germany follows the introduction of mSEPT9 testing in Switzerland by the Swiss laboratory network Viollier AG on July 1st, 2009. Epigenomics today will host a press conference on the medical utility of the mSEPT9 biomarker for colorectal cancer blood testing and how it may help to overcome key challenges in colorectal cancer screening effectiveness at this year’s joint Multidisciplinary Congress of ECCO – the European Cancer Organisation and ESMO – the European Society for Medical Oncology in Berlin.

In numerous clinical studies with a total of more than 3,000 subjects Epigenomics has shown that methylated DNA of the Septin9 gene (mSEPT9) in blood plasma is a strong indicator, or biomarker, for the presence of colorectal cancer. This has opened the way to developing tests for the early detection of colorectal cancer in a simple blood-draw addressing the most challenging hurdles in colorectal screening – patient compliance. Colorectal cancer screening in Germany is recommended and reimbursed under the public health care scheme from the age of 50. Fecal Occult Blood Testing (FOBT), a test that detects invisible blood in stool, is recommended to patients once a year.

From 55 years and onwards ambulant colonoscopy is recommended that should be repeated after ten years. Individuals not willing to agree to a colonoscopy are recommended to continue FOBT testing on a biannual schedule. Despite these recommendations the majority of Germans over the age of 50 are not screened at all and as a consequence colorectal cancer is mostly detected in symptomatic stages significantly lowering their chances of survival. Lack of convenience and reservations against invasive methods are among the reasons most often cited for this lack of compliance. Other countries with comparable screening guidelines including, the US, face similar challenges. A blood test for colorectal cancer early detection that is easily integrated into an annual health check-up and does not require patient involvement is believed to be more acceptable to doctors and patients and has the potential to greatly increase the effectiveness of national screening programs. If tested positive in such an easy to use blood test, patients would be referred to a gastroenterologist for colonoscopy to confirm the diagnosis and initiate early treatment.

"Most people in Germany by now know that cancer screening is offered and also believe that this is useful and beneficial. The dilemma is that they don’t make use of it themselves", stated Prof. Jürgen Rieman, MD, chairman of the board of Stiftung Lebensblicke, a non-profit organization advocating colorectal cancer screening in Germany for more than ten years. "With a new and easy to use blood test we could achieve our goal of substantially increasing acceptance of and participation in colorectal cancer screening. Patients tested positive would be followed up by colonoscopy", he continued.

"As a diagnostic laboratory with a focus on innovative molecular diagnostics, we will offer mSEPT9 testing to general practitioners and gastroenterologists in our network", explained Angelika Vogel, responsible laboratory physician for molecular diagnostic testing at Labor Krone. "This test requires a standard blood draw and no further invasive procedures or patient involvement. All other steps are performed in the quality controlled environment of a professional diagnostics laboratory ensuring the highest quality and reliability of the results to the benefit of the patients and as a basis for further counseling."

Septin9 testing is initially offered to self-payors and privately insured patients. A large prospective clinical study, PRESEPT, is underway to  demonstrate the medical utility and in particular also health economic benefit in population-wide colorectal screening with the Septin9 test. The data is expected to be instrumental in achieving cancer screening guideline inclusion and eventually coverage by public health care schemes in Germany and other European countries as well as the US. 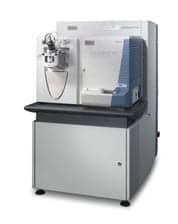