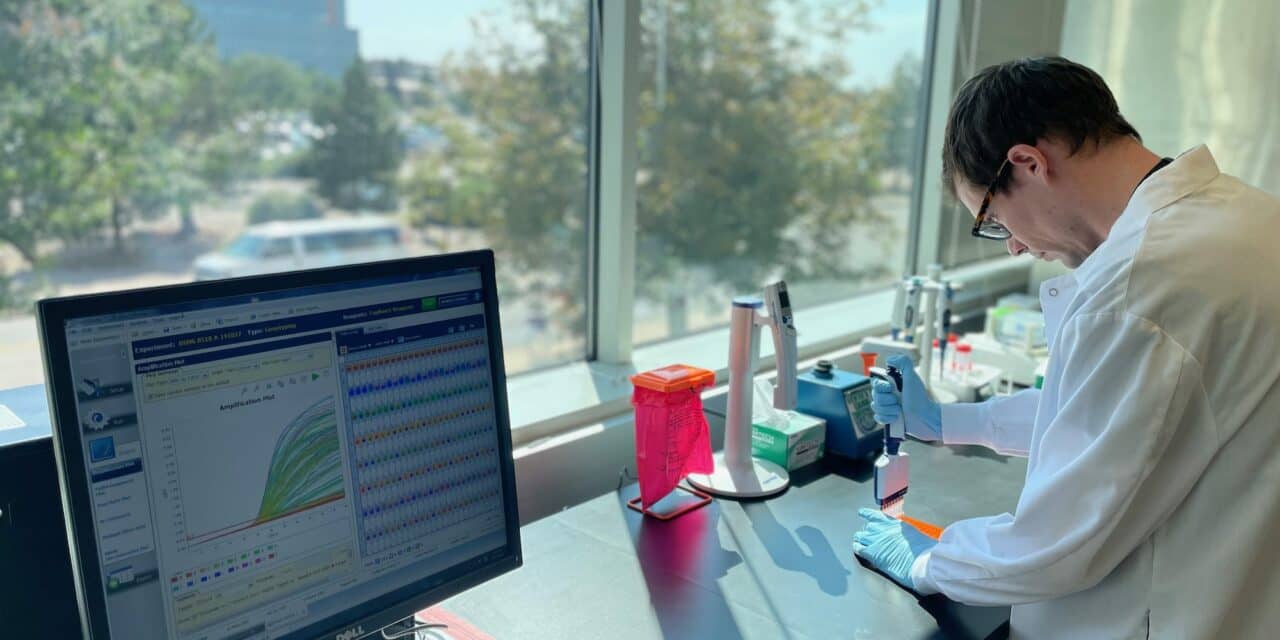 Foresight Diagnostics CEO and CSO Jake Chabon gives an overview of what’s next for liquid biopsy testing, and how it will impact the entire continuum of care.

In a conversation with CLP, Foresight Diagnostics CEO and CSO Jake Chabon gives an overview of the company’s technology, how it will change the continuum of care, and the benefits clinical labs will have with another liquid biopsy test at their disposal.

Prior to founding Foresight, Chabon’s research focused on using cancer genomics to inform more personalized treatment strategies for cancer patients. He has extensive experience with NGS assay development with an emphasis on developing non-invasive cancer detection methods and applying these methods to better understand mechanisms of response and resistance to cancer therapies.

Chabon’s answers have been edited for length and clarity.

CLP: Can you give me an overview of Foresight’s PhasED-Seq platform? How is it different than a standard liquid biopsy test?

Jake Chabon: The Foresight minimal residual disease (MRD) platform is based on the phased variant enrichment and detection by sequencing (PhasED-Seq) technology. Similar to duplex sequencing, PhasED-Seq lowers the error profile of mutation detection in sequencing data by requiring the concordant detection of two separate non-reference events in an individual DNA molecule. However, unlike duplex sequencing, both events occur on the same sequencing read pair, thereby increasing the efficiency of genome recovery. By detecting more than one mutation, PhasED-Seq can more accurately distinguish tumor-derived cell free DNA (ctDNA) from healthy cell free DNA – enabling detection of ctDNA at levels below one part-per-million (<0.0001%). PhasED-Seq has been extensively validated in hundreds of patients with B-cell lymphomas and has proof of principle data in solid tumors such as lung and breast cancer.

CLP: Is this approach being used today?

Chabon: Physicians are beginning to routinely use ctDNA as a minimally invasive “liquid biopsy” approach to characterize cancers in the metastatic setting. In the curative setting, however, where ctDNA levels are low, conventional liquid biopsy approaches have limited utility and inadequate sensitivity due to inherent limitations posed by the error profile of single nucleotide variants (SNVs). PhasED-Seq overcomes this limitation by targeting a unique class of somatic alteration called a “phased variant,” defined as two or more SNVs localized on the same DNA molecule, which enhances sensitivity by up to 100-fold compared to existing MRD assays.

CLP: One of the significant benefits of PhasED-Seq as I understand it is it’s much more sensitive than other liquid biopsy tests — why is that the case, and how does that help improve the accuracy of the test?

Chabon: The key to our increased sensitivity is the type of mutations we track. These mutations are what we call phased variants (PVs). A PV is two or more independent single nucleotide variants (SNVs) occurring in close proximity to one another (within ~120 bp) such that they can be observed on the same cell free DNA molecule. cfDNA molecules have a stereotype size distribution with a median molecule size of ~170 bp. Most existing liquid biopsy assays used for disease surveillance or MRD detection track individual SNVs. Individual SNVs have an inherent background error rate that limits the sensitivity of these approaches for ctDNA detection. That is because you cannot detect ctDNA at levels below the background error rate of SNVs. Put another way, there is a signal-to-noise problem with exisiting methods, which limits their sensitivity because one cannot distinguish true “signal” from “noise” when ctDNA levels are near or below the background error rate of SNVs. PhasED-Seq tracks a novel class of mutation called a phased variant, which has a ~40-100-fold lower background error rate than SNVs and therefore this approach can detect ctDNA at levels much lower than existing MRD approaches. Importantly, this improved analytical sensitivity translates into meaningful improvements in the clinical sensitivity of our assay for detecting MRD in patients who were not cured by their treatments and will ultimately experience disease relapse. In our paper (“Enhanced detection of minimal residual disease by targeted sequencing of phased variants in circulating tumor DNA”; Nature Biotechnology,  we show in 88 DLBCL patients after 2 cycles of curative intent chemotherapy that PhasED-Seq detects MRD in nearly twice as many patients who will later relapse than a SNV-based approach called CAPP-Seq. Put another way, the clinical sensitivity of PhasED-Seq for MRD detection is nearly double that of CAPP-Seq in this clinical setting, with PhasED-Seq correctly identifying 88% of cases who would later experience disease relapse compared to 46% with CAPP-Seq.

CLP: So what were some of the conclusions you’ve been able to draw based on these results?

Chabon: In both clinical and technical samples, PhasED-Seq demonstrated unprecedented levels of sensitivity by detecting and accurately quantifying ctDNA at levels below one part-per million. Importantly, this improved sensitivity can be obtained without molecular barcodes and without sacrificing specificity. Our paper also shows that the improved analytical sensitivity of PhasED-Seq is meaningful clinically in two primary clinical settings in patients with diffuse large B-cell lymphoma. First, when MRD was assessed during treatment, PhasED-Seq identified MRD in nearly twice as many patients ultimately destined to relapse than the prior most sensitive assay which tracks SNVs (CAPP-Seq). Second, when MRD was assessed at the first time point following the completion of treatment, PhasED-Seq detected MRD in 100% of patients that would later relapse, whereas the SNV-based approach (CAPP-Seq) only detected MRD in 40% of these patients.

CLP: Do labs need to change their workflows or offer additional training or certifications to it laboratorians to implement the PhasED-Seq test?

Chabon: At this time, our tests are only being run in Foresight’s centralized CLIA lab in Aurora, Colorado. We do have plans to develop and launch a distributable IVD kit that could be analyzed in decentralized labs in the future using standard molecular biology equipment found in most labs. Our B-cell lymphoma MRD assay is particularly amenable to this model in that it is an off-the-shelf assay that does not require patient specific customization, which is different than many existing MRD assays that require up-front whole exome sequencing of a patient’s tumor and then design of a customized assay for each patient.

CLP: I know that the initial diagnoses that you’ve been focusing on has been for lymphomas, but you’ve also done some work with solid tumors — is the sensitivity the same and is the testing conducted the same way?

Yes, the sensitivity of our assay in the majority of solid tumors is similar to the performance we demonstrated in the paper in patients with B-cell lymphomas. As you correctly point out, the paper also describes promising proof of principle data in patients with lung cancer and breast cancer demonstrating that PhasED-Seq achieves a similar level of sensitivity — down to one part-per-million, or 0.0001% — in patients with solid tumors as was observed in patients with B-cell lymphomas. Specifically, the lowest measurable tumor fraction using PhasED-Seq in a patient with a non B-cell malignancy was was 0.000094%, or less than one part-per-million, which was observed in a pre-treatment plasma sample from a stage IB NSCLC patient. These results demonstrate that the PhasED-Seq technology is broadly applicable to cancers other than B-cell lymphomas and we are actively performing clinical studies in larger cohorts of patients with solid tumors at Foresight to further validate these results. We feel that the opportunity for this assay to impact patient lives will be quite significant in the vast majority of cancer indications.

CLP: Are there any differences applying PhasED-Seq in B cell lymphomas and solid tumors?

Chabon: There are some differences in the molecular biology workflows when comparing the lymphoma and solid tumor assay. For B-cell lymphomas, the phased variants used for ctDNA detection occur in recurrent regions of the genome that allow for a universal, or off-the-shelf assay that works across the vast majority of patients without the need to customize individual assays for each patient. Furthermore, for most patients with B-cell lymphomas, we are able to identify these phased variants using a pre-treatment blood sample, meaning that we do not require a tumor tissue to run our assay. For patients with solid tumors the workflow is different in that we do require tumor tissue and we build a custom capture panel for each patient. However, it is important to point out that this customized approach is no different than how many other MRD assays are run, such as those offered by Natera and Invitae, but we have the advantage that PhasED-Seq has much lower error rates and, as a result, much higher levels of sensitivity than these competing methods.

CLP: What struck me is that the way that the PhasED-Seq has been used has been as part of the continuum of care. Can you talk a little about how ongoing testing throughout treatment is critical particularly in light of the method’s sensitivity?

Chabon: This is a great question. There are multiple critical milestones when a physician can make a treatment decision during a patient’s course of treatment, many of which require high sensitivity for disease detection. These include the time of diagnosis, during therapy, at the end of therapy, and during the surveillance period after therapy is completed. Each of those time points during and after therapy can have exceedingly low disease burden if the patient is responding to treatment but still has cancer cells left in their body. The higher sensitivity of our approach will result in more accurate identification of these patients with residual disease that are in need of additional treatment. Moreover, each of these time points throughout a patient’s course with their disease has varying prognostic importance. We envision the Foresight assay as the foundational building blocks for a new way to track a patient’s disease and therapy, with the potential to even integrate disease measurements across multiple samples analyzed over time to give every patient their own, individualized predictions and treatment recommendations.

CLP: Looking ahead, how do you expect more accurate and sensitive tests will change both medicine in general and clinical labs in particular? Will this change the way clinical labs do business?

Chabon: Our test has the potential to have a major impact on a patient’s experience with their disease. If a patient is cured as a result of therapy, a negative test would provide peace of mind and could enable physicians to withhold additional, unnecessary treatments that are toxic and expensive. If a patient is not cured, their physician will now have actionable data that allow them to start another line of treatment sooner when the patient has a lower tumor burden and is more likely to respond positively to treatment. We believe that our MRD testing platform will become the future standard of care and that it will enable more effective personalized treatment strategies for cancer patients. Clinical labs will have one more test that could impact patient lives. As MRD testing becomes more routinely used in clinical practice and oncology drug development we expect that clinical labs will have another source of revenue for this new growth area. 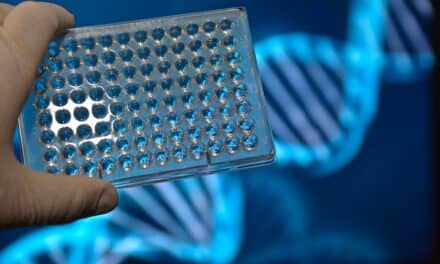 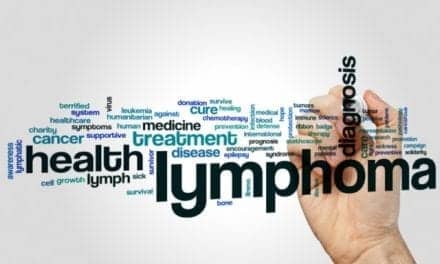 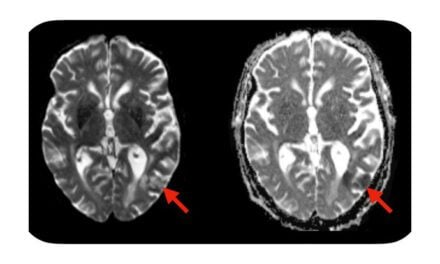