Ventana Medical Systems Inc. Tucson, Ariz, a member of the Roche Group, reports that a working group from the Lower Anogenital Squamous Terminology (LAST) Standardization Project–an interdisciplinary project led by the College of American Pathologists (CAP) and the American Society for Colposcopy and Cervical Pathology (ASCCP)–has published consensus recommendations to standardize the histopathologic terminology for squamous epithelial lesions of the lower anogenital tract associated with human papillomavirus, and to guide optimal biomarker use.

These guidelines for pathologists include strong recommendations in support of the adjunctive use of the p16 biomarker in certain scenarios to support accurate diagnoses of precancerous squamous lesions of the cervix and other lower genital tract sites.

The new recommendations were published June 28 online ahead of print in the Archives of Pathology & Laboratory Medicine and the Journal of Lower Genital Tract Disease.

The LAST biomarker work group concluded that the p16 biomarker, developed by mtm Laboratories AG of Heidelberg, Germany and marketed as CINtec® p16 Histology, is the only biomarker "with sufficient evidence on which to make recommendation regarding use in lower anogenital tract squamous lesions." mtm was acquired by Roche last year and Roche Diagnostics GmbH and Ventana are the exclusive provider of p16 for clinical use. The CINtec® p16 Histology product has recently been introduced for use with VENTANA BenchMark XT and BenchMark ULTRA IHC/ISH instruments using VENTANA OptiView DAB IHC or ultraView DAB detection.

It is estimated that approximately 500,000 women each year are diagnosed with cervical cancer worldwide. Virtually all cervical cancer is associated with human papillomavirus (HPV) infections that cause lesions on the epithelium (the tissues lining the cavities of the body), according to Ventana. Most HPV infections resolve on their own and do not lead to high-grade pre-cancerous lesions or cervical cancer. However, pathologists are often challenged to distinguish between benign lesions caused by transient HPV infections that clear spontaneously from those persistent infections that drive oncogenic transformation that can lead to cancer. Furthermore, benign changes in the cervix can mimic pre-cancer, and since clinicians are cautious about leaving potentially pre-cancerous lesions untreated, overtreatment of low-grade cervical lesions and mimics is a concern. Overtreatment in young women can lead to increased risks in pregnancy, including premature labor and ruptured membranes.

The LAST work groups were constituted to help address these and other challenges associated with the diagnosis of cervical and other HPV-associated anogenital lesions. As part of its recommendations contributing to a standardized terminology, the biomarker work group recommended that:

As Mark H. Stoler, MD, co-chair of LAST biomarker work group, said recently in CAP Today, "We try to save the patient a second colposcopy and get the right diagnosis, and one way is if a normal biopsy is associated with an HSIL Pap test, consider doing a p16 stain. A significant percentage of the time, this will highlight an area of missed CIN2/3 [high-grade precancerous cells] and will save the patient a second biopsy."

The LAST biomarker work group had reviewed more than 2,000 scientific publications evaluating the use of molecular markers in conjunction with H&E morphology in lower anogenital tract tissues. "The publication of these recommendations supporting the use of p16 as the only biomarker with sufficient evidence for its use in lower anogenital tract histopathology interpretation underscores our conviction that technical and clinical validation is the key to establishing new medical parameters, such as biomarker-based diagnostic adjuncts," says Ruediger Ridder, Roche mtm laboratories AG chief scientific officer .

In the United States, the CINtec p16 Histology product is available as a Class I exempt IVD without claims. The utility, as recommended by the cited CAP/ASCCP recommendations, has not been cleared or approved by the FDA. 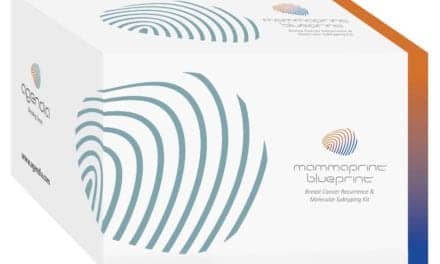