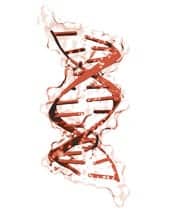 To the general public, pharmacogenetics may remain a somewhat elusive term, but many experts in personalized medicine view pharmacogenetics testing as an unparalleled opportunity to improve health care. Generally regarded as determining the genetic variation that gives rise to differing responses to drugs, such as warfarin, pharmacogenetics can help unlock biological secrets that will change the way health care is delivered by improving prescribing safety and efficacy.

“This is real rocket science stuff,” says Mark Curran of Centocor Inc, Horsham, Pa. “Pharmacogenetics will improve personalized care and reduce adverse events. It brings an opportunity for new diagnostic products, although it takes some time if the product has to go through the rigorous clinical trial process.”

Driving the trend are the more than 770,000 injuries and deaths each year caused by adverse drug events, as reported by the US Department of Health and Human Services. These events can cost up to $5.6 million per hospital, depending on size.

Curran, senior director of immunology biomarkers, says that while progress may seem slow in this area, given the exacting science and technology involved, progress is “about right.

“Taking into account the sheer clinical and scientific difficulty, coupled with highly regulated drug discovery, the United States is moving along quite nicely in regards to pharmacogenetics and personalized health care,” Curran says. “There is the technology out there, and it is up to the drug companies to take these engineering tools and use them. It is at least a 5- to 10-year endeavor, but the outlook is positive. Most of drug development, including diagnostics, is on the edge of being empowered.”

Clinical trials in the United States are costly and a burden on patients, who must provide samples. The hope is that new technologies will allow experiments that will minimize the impact on patients, decreasing the poking and prodding often required. Curran cites as an example the recent discovery involving the gene that causes Huntington’s disease. While the gene was identified 16 years ago, it was only this June that an explanation was offered as to why the gene may cause the disease.

According to Brian F. Gage, MD, associate professor of medicine at the Washington School of Medicine, St Louis, and director of the outpatient Anticoagulation Service at Barnes-Jewish Hospital, St Louis, a major challenge in pharmacogenetics is the level of evidence that should be required before a pharmacogenetic diagnostic test is widely employed (and paid for by third parties).

“For new drugs, experts agree that randomized, controlled trials are required to demonstrate safety and effectiveness,” Gage says. “In contrast, diagnostic tests can be validated against a gold standard, thereby bypassing the need for a randomized, controlled trial. Although this process provides efficiency, it may not yield sufficient information about whether a new diagnostic test should be widely employed.”

A widely known arena for pharmacogenetics is the anticoagulant warfarin (commonly known under the brand name Coumadin), a blood thinner that prevents and treats blood clots.

In the United States alone, physicians start about 2 million patients on warfarin each year. The drug reduces the risk of stroke in patients with atrial fibrillation or artificial heart valves, and those with a history of blood clots in the legs or lungs, and it is helpful in preventing blood clot formation after certain orthopedic surgeries, such as knee or hip replacement.

Because of the wide variation in how people metabolize the drug, physicians determine the correct dose for each individual by trial and error, often taking as long as 30 days to adjust the medication. Many patients are at risk of developing serious adverse reactions during this period. Too much warfarin can lead to excessive bleeding, while too little can increase the chance of stroke. Genetic testing can help determine how each patient will metabolize warfarin.

In 2007, the FDA changed the labeling for warfarin, suggesting that clinicians consider genetic testing before initiating therapy. In 2008, the agency approved updated labeling for Coumadin, the brand-name version of warfarin, explaining that people with variations of the genes CYP2C9 and VKORC1 may respond differently to the drug. Manufacturers of generic warfarin are adding similar information to their products’ labeling.

However, according to Scott Campbell, PhD, director of marketing at Nanosphere Inc, Northbrook, Ill, the tests to determine the genetic component are still not routinely used.

“Cardiologists are not sold on the concept,” Campbell says. “They have 20 years of experience and think their clinical knowledge should be enough.”

In addition, the reimbursement atmosphere is difficult for warfarin testing, with many major insurers demanding clinical utility data prior to covering the test. If the test isn’t covered by insurance, it can cost upward of $500. However, if the test becomes routine and a part of Medicare reimbursement, it would cost less than $100, Campbell explains.

“There is a misperception about how much it actually costs,” he says. “There is a large disconnect between tribal knowledge and actuality.”

Nanosphere’s Verigene® Warfarin Metabolism Nucleic Acid Test was recently cleared by the FDA. The new genetic test, which uses the company’s patented gold nanoparticle probe technology, helps physicians assess whether a patient may be especially sensitive to warfarin by detecting variants of the two key genes: CYP2C9 and VKORC1, which can help determine the response to the blood thinner.

The test is an in vitro diagnostic for the detection and genotyping of the *2 and *3 alleles of the CYP2C9 gene and a single-point polymorphism (C to T at position 1173) of the VKORC1 gene. It is performed from EDTA-anticoagulated whole blood samples. Intended to be used on the Verigene System, the test kit includes 12 test cartridges with a sample buffer. Additional aliquots of the sample buffer may be purchased.

“While there are other warfarin tests, ours makes testing very accessible,” Campbell says. “Since it is used on the Verigene System, it is 90% hands-off. The machine does the work, from loading the sample until reading the results. You don’t have to run the tests in batches. You can run a single test, and can stop and start independently, meaning you don’t have to wait until you have a lot of tests in the queue before running the machine. This makes labs work efficiently.”

Cepheid also offers an FDA-cleared in vitro diagnostic test, developed originally by Paragon DX of North Carolina. In about 1 hour, the Rapid Genotyping Assay detects variations in the genes CYP2C9 and VKORC1. The rapid turnaround time allows physicians to determine individual warfarin requirements while patients are still in the emergency department or soon after a visit to the physician. The assay uses Cepheid’s Smart Cycler DX Platform.

In January, Paragon opened its own CLIA-certified clinical testing lab in North Carolina that offers genetic tests to identify sensitivity to warfarin. The laboratory-developed test is based on the company’s own analyte-specific reagents and can run on any real-time PCR system. It gauges mutations CYP2C9 *2 and *3, and VKORC1, and offers next-day turnaround—an improvement over other labs, which can take as long as 5 days to generate results, Murphy says.

According to CEO Michael Murphy, the company decided to open its own lab to obtain more access to local physicians so that Paragon can hear directly from area physicians regarding which tests they think are important to bring into the market in the future. The company is planning to offer testing for Factor V Leiden for thrombophilia and move into pharmacogenetic testing for cancers—for example, breast cancer, which is often treated with tamoxifen.

“Offering CYP2D6 (which is important to metabolizing tamoxifen) genotype testing for tamoxifen patients is the next logical step,” Murphy says.

A recent study from the Washington School of Medicine may help make warfarin testing routine as it confirms that using a patient’s genetic information can make it easier to administer the correct warfarin dose.

“If the warfarin dose is too high, patients are at risk of hemorrhage, and if it’s too low, they risk blood clots that can lead to stroke, heart attack, or even death,” Gage says. “Unfortunately, getting the warfarin dose right is like walking a tightrope—it’s very easy to give too little or too much.”

Gage, along with Associate Professor Charles Elby, MD, recently developed improved dosing formulas by calculating the effect of two genes involved in warfarin sensitivity and metabolism. Their research, published in the February 19, 2009, issue of the New England Journal of Medicine, demonstrated that gene-based dosing could more quickly and accurately estimate the appropriate dose of warfarin.

The study gave gene-based dosing a rigorous test in an international collaboration that included more than 5,000 patients who had been prescribed warfarin in the past and had achieved a stable effective dose.

The researchers calculated a warfarin dose for each of these patients with the gene-based dosing algorithm and with a formula based only on clinical data, and checked how closely the calculated dose matched the dose actually used for each patient. In 60% of the patients, the gene-based formula got closer to the actual dose than did the clinical formula.

“This research study has made an important advance toward personalizing medicine—it uses data from countries around the world to develop a gene-based strategy for warfarin dosing that could benefit a wide range of patients,” says Jeremy Berg, PhD, director of the National Institute of General Medical Sciences, which partially funded the study. “This is a wonderful example of international cooperation, and the results are especially valuable for the United States, since our population is so genetically diverse.”

The research lays important groundwork for a new clinical trial, the Clarification of Optimal Anticoagulation through Genetics trial. The trial, sponsored by the National Heart, Lung, and Blood Institute—one of the National Institutes of Health—will compare gene-based warfarin dosing to the traditional dosing approach in a prospective, randomized trial. The trial will enroll 1,200 participants of diverse backgrounds and ethnicities at 12 clinical sites in the United States, including Washington University School of Medicine. 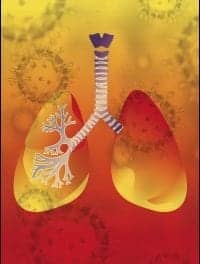