Results from an eight-year trial involving more than 130,000 women published in The New England Journal of Medicine (NEJM) demonstrate that in low-resource settings a single round of HPV testing significantly reduces the numbers of advanced cervical cancers and deaths, compared with Pap (cytology) testing or visual inspection with acetic acid (VIA).

“The implications of the findings of this trial are immediate and global: international experts in cervical-cancer prevention should now adapt HPV testing for widespread implementation,” wrote Drs. Mark Schiffman and Sholom Wacholder of the US National Cancer Institute in an editorial that accompanied the study in the NEJM. “The remarkable promise of the Indian trial presents a worthy global challenge to implement smart, regionally tailored strategies that will efficiently save millions of lives in the years ahead.”

Following this milestone study, over the next five years QIAGEN will donate one million HPV tests, with a total estimated value of over US$30 million (based on US list prices), as part of its broader global access program to provide the highest quality cervical cancer screening technologies to women in developing countries. Nearly 300,000 women die of cervical cancer every year, with 80% of deaths occurring in developing countries.

“This landmark study further validates the value of QIAGEN’s HPV test as the gold standard for cervical cancer screening and demonstrates that the incidence of advanced cervical cancer and deaths are actually reduced – and hence lives saved – when HPV screening is implemented,” said Peer Schatz, Chief Executive Officer of QIAGEN.

“QIAGEN’s HPV testing technology is already being used to routinely screen millions of women in the United States and Europe. We’re committed to working together with the public health community to ensure that women everywhere have access to the best cervical cancer prevention tools.”  Moving forward QIAGEN will collaborate with a team of global health partners – including the International Planned Parenthood Federation and Jhpiego, an international non-profit health organization affiliated with Johns Hopkins University – on the administration of the donation program.

Led by Dr Rengaswamy Sankaranarayanan of the International Agency for Research on Cancer (IARC), the randomized, controlled trial compared the efficacy of three methods of cervical cancer screening: VIA, Pap testing (cytology) and HPV testing with QIAGEN’s hybrid capture 2 (hc2) DNA testing technology (called the digene HPV Test). The study was conducted in the Maharashtra state of India, and was supported with funding by the Bill & Melinda Gates Foundation.

It is the first randomized controlled trial to measure incidence of cervical cancer and associated rates of death as the primary outcomes, using different tools for screening.   In addition to being “associated with a significant reduction in the numbers of advanced cervical cancers and deaths from cervical cancer,” QIAGEN’s HC2 HPV testing platform “was the most objective and reproducible of all cervical cancer screening tests and was less demanding in terms of training and quality assurance,” the study authors state. The study is posted on the NEJM Web site. 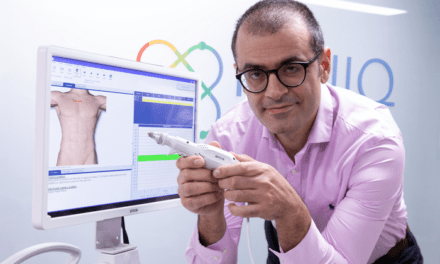