From the exhilaration of a fantasy vacation in Thailand and Cambodia—which happened to include being all shook up about 20 miles from the epicenter of the 6.8-magnitude Myanmar earthquake that struck the evening of March 24—I came home to be stunned by the reality that my mother had been hospitalized, diagnosed with cancer. Trouper and all-around tough dame that she is, my mom had decided the devastating news was not enough to trouble me with while I was halfway around the world, despite the fact that doctors quickly started chemotherapy treatment and the day after my return performed surgery to install a port near her collarbone so as to more directly and aggressively administer the medicine. Leave it to her to think more about me having fun than her in distress.

It’s a bit of an understatement to say that I’ve been preoccupied since then. In fact, given the sleepless nights that have bracketing days in which I catch myself sitting for prolonged periods in contemplative (which is another word for “dumb”) and solemn silence, I would offer that she’s handling things better and far more proactively than I am.

But the show must go on, as they say, and not only must a son become a better assistant to a mother in her time of need, but a magazine must be produced, with this issue somewhat coincidentally featuring articles on oncology diagnostics—a topic in which I suddenly find myself far, far more interested. You’ll find a look into a pivotal study validating Roche Molecular Systems’ cobas HPV Test for identifying women at highest risk for cervical cancer. In addition, you can learn more about how new diagnostic tests from Insight Genetics are enabling discoveries of new cancer treatments and significantly altering cancer care.

I originally planned to also include in this issue an additional feature about BioCare’s new products for prostate and lung cancers, but a lack of time and space conspired against that happening. Instead, I will aim toward including that important information in the May or June issue.

To stay on top of developments in the clinical lab space, bookmark this website.

But in the meantime, I want to take a moment to thank you. Now that the fight against cancer has quickly become so intensely personal to me, I have a heightened awareness of the cumulative power of the research being done to defeat not only this disease, but so many others. And whatever individual part you may play in fighting such battles, I greatly appreciate it. 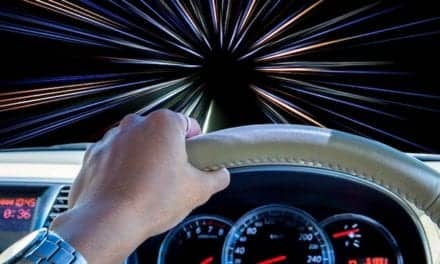