Gene Mutations Linked With Immune Comeback In Therapy for HIV-1

A new study by US scientists provides evidence two genes are linchpins in defining the course of immune restoration in HIV-positive individuals undergoing virus-suppressing therapy. It suggests the need for new thinking in HIV-1 management.

The findings explain why some subjects’ immune systems fail to sustain an immune comeback despite suppression of HIV-1 replication by highly active antiretroviral therapy (HAART) while others’ systems rebound.

The two genes are CCR5, an HIV-1 co-receptor or portal of entry for the virus into CD4+ T cells, and CCL3L1, an HIV-suppressing molecule that binds to CCR5.

The lead author is Sunil K. Ahuja, MD, and professor of medicine, microbiology, infectious diseases and biochemistry at The University of Texas Health Science Center at San Antonio, and director of the Veterans Administration Center for AIDS and HIV Infection at the South Texas Veterans Health Care System in San Antonio.

The results suggest scientists may be able to personalize the treatment of HIV based on the presence of the gene variations, whether a patient will have a better or worse immunological response when taking HAART, according to the study’s authors, who categorized the copy number of the CCL3L1 gene and variations in the CCR5 gene into three categories designated as high, moderate and low genetic risk groups.

The HIV-positive people categorized into the low genetic-risk group did the best on HAART, while those in the high genetic-risk group initially did fine during the first 2 years of therapy before their immune reconstitution failed and their CD4 cell counts began to decline.

The CD4+ restoration was more closely associated with number of copies of CCL3L1 than with CCR5 status, which seems to suggest drugs that mimic or amplify the activity of CCL3L1 could be effective for HIV treatment. 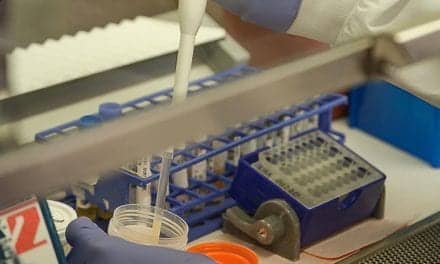