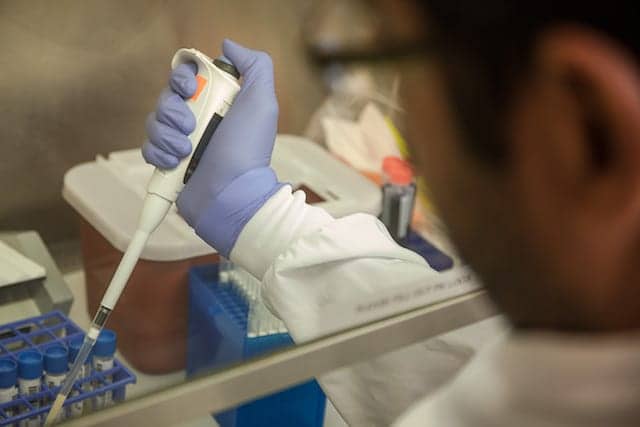 During the current winter of 2017–2018, widespread influenza activity fueled by the virulent H3N2 strain is being reported in almost every state of the United States. With tens of thousands of flu cases, more than 10,000 reported hospitalizations, and scores of deaths—including more than 60 young children—this flu season is the worst in a decade and one of the worst on record (Figure 1).1

Influenza infection rates vary widely among populations with different characteristics. Populations at higher risk for influenza infection include American Indians and Alaskan Natives as well as children, pregnant women, older adults, and residents of nursing homes and long-term care facilities. Individuals may also be at increased risk of flu complications as a result of such medical factors as chronic heart, kidney, liver, or lung disease; certain blood disorders (such as sickle cell disease); extreme obesity; metabolic disorders (such as diabetes); or neurologic or neurodevelopmental conditions.2 Many of these conditions are more prevalent among older adults than among other populations.

Testing can aid in the diagnosis and treatment of influenza and influenza-like illness. Yet, recent research shows that there are obstacles to testing and diagnosis of influenza among older adults.4 A recently published study examined the rate of influenza testing performed for adults hospitalized with influenza-like symptoms between 2006 and 2012.5 The researchers found that adults 65 years and older hospitalized with fever or respiratory symptoms during influenza season were less likely to undergo a provider-ordered influenza test than younger adults. They concluded that, “a major concern regarding lower rates of influenza testing in older adults is that clinicians are underdiagnosing influenza in a population with substantial morbidity and mortality that could be mitigated by early antiviral treatment.”

Figure 1. Weekly national summary of the percentage of visits for influenza-like illness reported by the US Outpatient Influenza-Like Illness Surveillance Network, 2017–2018, and selected previous seasons. Source: Centers for Disease Control and Prevention. Click to expand.

One reason for the low rates of testing among older adults is that the symptoms they present may not be typical of influenza-like syndrome. Older adults are less likely to have fever, and often present with cardiac or respiratory symptoms that clinicians may attribute to underlying conditions rather than to influenza. Such variance in presentation may make clinicians hesitant to test for a flu diagnosis.

Another factor that tends to reduce the rate of influenza testing is the intensity of the flu season. When the flu strain circulating during a particular season is especially virulent—as is the case in this winter’s flu epidemic—some public health officials may recommend that physicians bypass influenza testing and proceed straight to treatment, generally with antiviral medications.6 Such recommendations are reinforced by the National Institute of Allergy and Infectious Diseases’ acknowledgment that “time is of the essence” in treating flu—especially since antiviral medications are most effective when taken within the first 2 days after flu symptoms appear.7

CDC provides guidance for clinicians who must determine which patients should undergo influenza testing when influenza viruses are circulating in the community.8 For a patient with influenza-like symptoms who is not being admitted to the hospital, and for whom the results of testing would not influence clinical management, the guidance recommends starting empiric antiviral treatment if the patient is in a high-risk group—including older adults.

But while the health threats of an intense flu season call for urgent treatment of patients believed to be infected with the flu virus, they also demand that clinicians take a thorough approach to confirming such diagnoses.

With high rates of influenza in the community, testing at the initiation of treatment remains an important tool to help physicians confirm the course of treatment—or to shift treatment strategy. Testing facilitates an accurate positive or negative diagnosis of flu, which is critical for the care of patients who present with symptoms suggestive of influenza—and especially for older adults and other vulnerable populations. During periods of high community flu activity, physicians should regard patients in such vulnerable populations as having a high potential for influenza—even when they present with symptoms not typical for the flu. Confirming influenza can also aid in the treatment of older patients with comorbidities or chronic medical conditions, as these individuals may experience more serious complications from the flu.

Treating for influenza without concurrent testing to confirm a flu diagnosis can put individuals who do not actually have the flu (for example, those with respiratory syncytial virus) at increased risk for side effects from unwarranted treatment with antiviral agents. Treating without a confirmed diagnosis can also result in delayed or missed treatment for conditions that should have been treated with antibiotics.

In short, the wisest approach for older adults who present with influenza-like symptoms, or with atypical symptoms when flu is widespread, is to treat, but verify.

A thoughtful approach that includes influenza testing will result in the best health outcomes. In most cases, patients who are treated with antivirals and are subsequently found to test negative for influenza can stop taking the antivirals. However, as with all diagnostic testing, a negative result needs to be assessed in conjunction with the patient’s clinical findings and epidemiologic risk factors.

The Right Approach to Verification

Any form of influenza testing would be an improvement over the dismal rates of testing for older adults identified in the recent study.5 However, selecting the right test will enable clinicians to offer the greatest clinical value for care management in this vulnerable population. Multiple laboratory test methods are available for influenza virus testing. Options include viral cell cultures; immunochromatographic assays, known as rapid influenza diagnostic tests (RIDTs); and molecular tests.

Viral Cell Cultures. To perform viral cell cultures, specimens are collected by swab or such other methods as bronchial wash. The specimens are then incubated in a cell-based culture system over a period of several days, while being monitored for cellular response to viral infection. Viral cultures can distinguish between influenza A and B, but cannot further distinguish specific strains of influenza, such as H1N1. While viral cell cultures are highly specific, they generally take 3 to 10 days to produce a result, making them less than optimal to guide immediate treatment decisions.

Rapid Influenza Diagnostic Tests (RIDTs). RIDTs are immunochromatographic assays designed to detect the viral antigens in a patient’s respiratory specimen resulting from an immune response to infection with the influenza virus. Testing is performed on specimens collected via nasopharyngeal swab or nasal wash or aspirate, and can be conducted in a physician’s office or at other points of care. Results are typically available within 30 minutes. Not all RIDTs can distinguish between influenza types, nor distinguish between the various strains of influenza A.

Although RIDTs offer some value for everyday clinical practice, using them as the sole diagnostic for flu in patients, and especially in adults, may not be sufficient. While the specificity of RIDTs generally falls in the range from 90% to 95%, the sensitivity of RIDTs is often much lower—ranging from 50% to 70%—resulting in substantial false-negative results occurring more commonly than false-positive results during active flu season. Because of the known low sensitivity of RIDTs, it is recommended that negative results be confirmed by either molecular methods (preferred) or by culture.

False negatives may mean that needed treatment is discontinued, or not appropriately initiated, especially if patient specimens are not sent for follow-up testing as recommended. In addition, according to CDC, the sensitivity of RIDTs is typically lower for adults than for children, further limiting the utility of such tests in the older adult population.8 To minimize false results, CDC recommends that clinicians consider following-up negative results with confirmatory tests (molecular or viral culture) if a laboratory-confirmed influenza diagnosis is desired.

Molecular Diagnostics. Molecular tests are also performed on nasopharyngeal swab specimens, or specimens from other respiratory sources, such as lower respiratory sources (eg, sputum, bronchial wash), and are intended to detect the presence of influenza viral RNA in those specimens. Molecular tests are the most sensitive and specific tests for detecting influenza viruses (Figure 2).9 Molecular test sensitivity for flu A and B can be as high as 100%, and test specificity for flu A and B ranges from 99.3% to 100%.10,11

Molecular testing that employs reverse transcription polymerase chain reaction (RT-PCR) has the highest degree of sensitivity and specificity, and is now considered the ‘gold standard’ for influenza testing.12 RT-PCR testing requires sophisticated laboratory equipment, which is often available in hospital and academic settings as well as through some commercial diagnostic companies. Some rapid molecular tests can provide results in as little as 1 hour. In addition, molecular testing based on polymerase chain reaction (PCR) amplification technologies has been shown to be the most cost-effective option for guiding the initiation of antiviral therapy in older adults.13 Patient specimens for RT-PCR testing are collected at the point of care, and are transferred to molecular diagnostic laboratories for processing.

While the capability of performing testing in a local office setting has accelerated the use of RIDTs, healthcare providers should be aware of the reduced performance associated with such tests. Responding to the need for tests with higher sensitivity and specificity, most diagnostic information services companies with a large national footprint and wide geographic network of CLIA-certified labs can provide molecular test results to physicians within a time window that allows for a patient’s course of treatment to be confirmed or modified.

A wealth of study data have demonstrated the fact that influenza increases morbidity and mortality among the elderly. But despite the availability of a wide range of methods for influenza testing, clinicians often miss critically important opportunities to order testing that can guide the initiation of appropriate treatment for older adults believed to be infected with influenza. With improved awareness of influenza presentation among the elderly, seizing the opportunities to initiate treatment early and to order appropriate diagnostic testing will likely improve influenza outcomes in this vulnerable population. 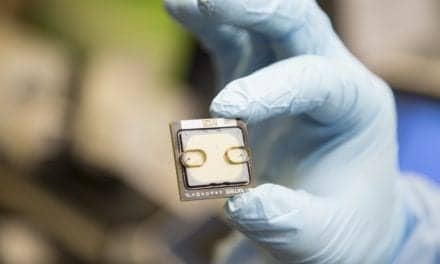