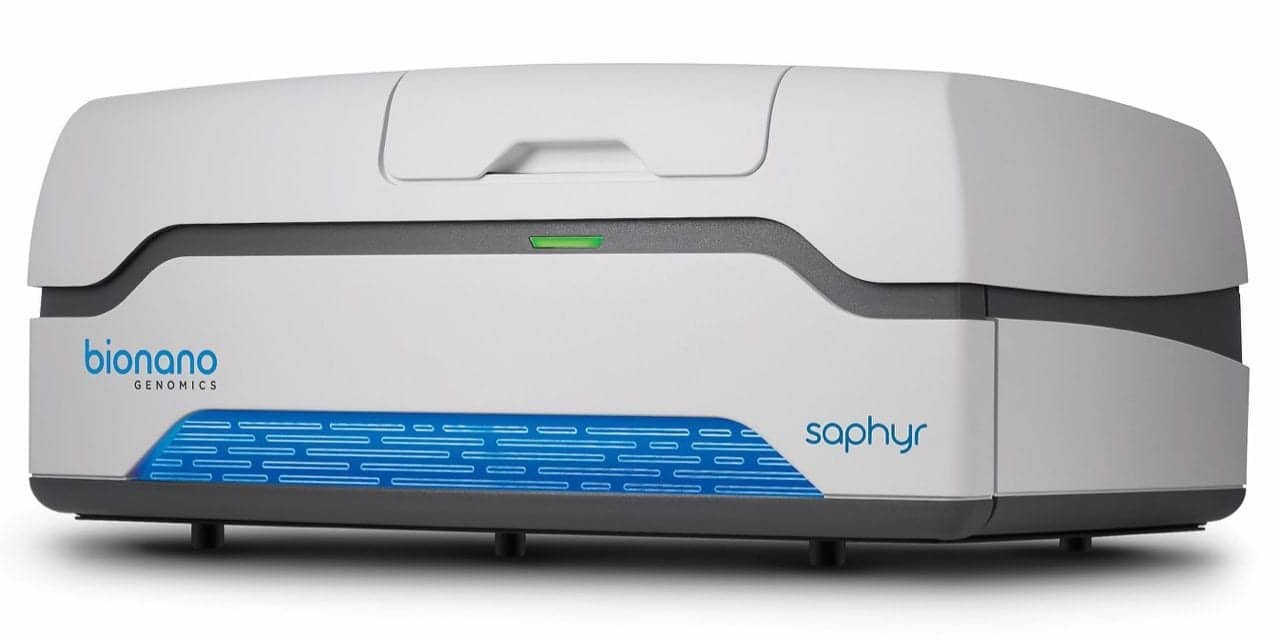 The first study, a preliminary readout of a multicenter clinical validation using blinded samples, examined outcomes on the first 11 patient samples analyzed and unblinded. Led by Brynn Levy, PhD, professor of pathology and cell biology and director of cytogenetics at Columbia University, the study compares Saphyr with technologies used in traditional cytogenetics workflows for patient testing in oncology. The study is being undertaken by a consortium of leading cytogenetics teams at institutions in the United States. In addition to Columbia, participants include Augusta University, the Mayo Clinic, MD Anderson Cancer Center of the University of Texas, the PathGroup, Penn State University, and the University of Washington.

In each of the 11 samples, Saphyr detected all known clinical variants identified by various combinations of karyotype, fluorescent in situ hybridization (FISH), and chromosomal microarray (CMA), which define the current standard of care in cytogenetics. Some of the variants identified include: in acute myeloid leukemia samples, a large inversion on chromosome 16, which creates a CBFB MYH11 fusion; in one B-cell acute lymphoblastic leukemia (B-ALL) sample, a BCR–ABL1 translocation, and deletions of tumor suppressor genes IKZF1 and CDK6; and in a separate B-ALL sample, a NF1 deletion, which is a well-known risk factor for childhood leukemia. This detailed characterization of variants allows for a precise treatment tailored to the specific patient’s tumor.

The study reveals a strong concordance of the size of the deletions and the breakpoints identified by Saphyr with those determined by microarray results. Based on the preliminary results, Saphyr has the potential to be a powerful new tool in cytogenomics for assessing chromosome structure and copy number. Upon completion of the clinical validation phase, further exploration will evaluate the benefits of using the Saphyr system for discovery of novel variants by analyzing samples previously deemed ‘normal’ by karyotype, FISH, and CMA to identify the existence of any recurring abnormalities with prognostic and therapeutic value that may have been missed by traditional methods. 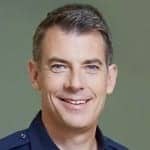 The second study analyzed seven patient samples with myelodysplastic syndrome (MDS), a precursor to leukemia characterized by the presence of large structural variants. In addition to identifying all clinically relevant variants previously detected by karyotyping and CMA, Saphyr revealed additional structural variants of research interest that were missed by these methods, including deletions of the TP53 and TET2 genes, which have prognostic and therapeutic implications. Use of the Saphyr system further enabled elucidation of a complex rearrangement involving three chromosomes, with deletions and duplications at the breakpoints, all of which were not captured by other cytogenetic methods. Additionally, Saphyr facilitated precise mapping of variants within genomic coordinates, especially in cases involving complex rearrangements. This study was led by Rashmi Kanagal-Shamanna, PhD, associate professor of hematopathology and microarray director in the molecular diagnostics laboratory of the MD Anderson Cancer Center.

The high concordance between Bionano optical mapping and conventional techniques provides proof-of-concept for potential use of Saphyr as a single platform for comprehensive assessment of all structural variants, including copy number variants and balanced rearrangements. In hematological malignancies, this eliminates need for cell culture and provides higher resolution than standard-of-care assays.

“We are extremely pleased to hear the updates on these studies,” says Erik Holmlin, PhD, CEO of Bionano Genomics. “We believe they are landmark studies that provide powerful evidence that Saphyr can lead a transformation of traditional cytogenetics as we know it by offering a streamlined workflow and superior results for better outcomes.” 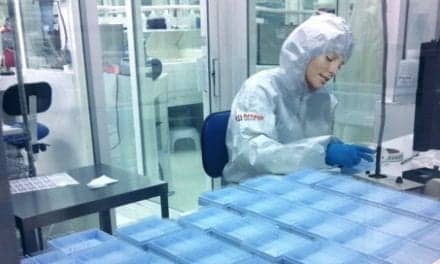