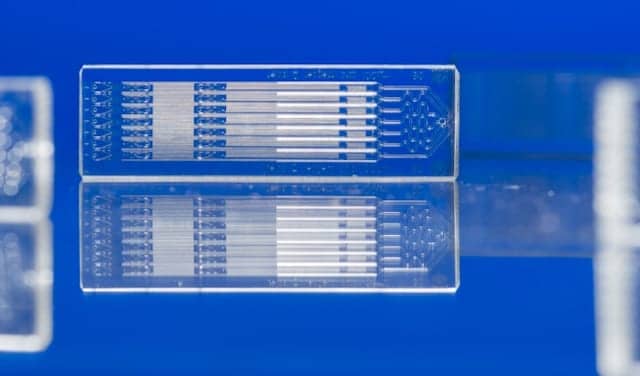 Dolomite Microfluidics, Royston, UK, has launched a number of new microfluidic chip options for its innovative Telos system. The company’s expanded line of high-quality glass chips is intended to open up a number of new applications for the high-throughput Telos platform, providing a genuinely scalable option for droplet-, particle-, and flow-product generation across a wide range of industries.

Additionally, the growing popularity of microfluidic cell and particle encapsulation techniques has led to the development of the Telos 2 reagent encapsulation chip. Available in 30 and 50 μm sizes, the chips lack the on-chip filters built into standard reagent chips, allowing the straightforward encapsulation of cells, beads, or particles in 5 to 75 μm droplets.

Finally, the company has created Telos 1 3-D flow-focusing reagent chips for use in single-reagent applications that suffer from high surface fouling when using standard chip geometries. Each fluid junction has a redesigned ‘pore’ structure on the outlet side, promoting earlier detachment of droplets from the walls of the channel to reduce fouling and allow longer production runs.

All Telos chips have seven parallel junctions and are available with hydrophilic, hydrophobic, or fluorophilic coatings to allow the generation of oil-in-water, water-in-oil, and water-in-fluorinated-oil emulsions.

The Telos system can run up to 10 chips in parallel—with integrated valves for rapid start-up and individual chip control—providing 70 junctions for flexible processing over a wide range of pressures and temperatures. This innovative system removes the low-throughput limitation of individual microfluidic chips, enabling monthly production of up to 1 ton of droplets or particles. 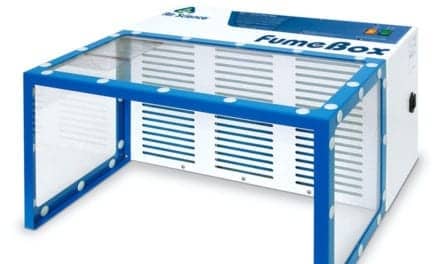 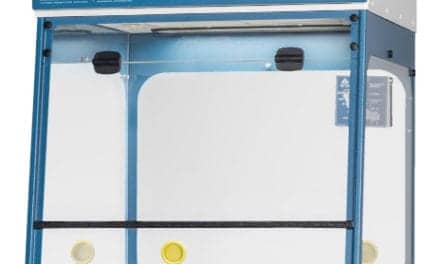