A baumannii Bacteria Infections on the Rise

Acinetobacter baumannii (A baumannii) is dangerously increasing its profile as a health care-associated infection. Resistance rates to some antibiotics are rising and multiple mechanisms of resistance constitute a growing public-health problem, especially for health care facilities. Strict hygiene compliance and more thorough research into drug choice, especially those for multidrug-resistant A baumannii, are vital to prevent major outbreaks.

These are the conclusions of authors of a review published in the December issue of The Lancet Infectious Diseases, written by Professor Matthew E Falagas and Dr Drosos Karageorgopoulos, Alfa Institute of Biomedical Sciences, Athens, Greece.

A baumannii bacteria can be found in various environmental sources such as soil, and foods, including vegetables, meat, and fish. It may also colonize the skin of healthy people, usually at low density for a short time. A baumannii infections are typically encountered in hospitalized patients, particularly critically ill ones. Specific characteristics of affected patients include advanced age, presence of serious underlying diseases, immune suppression, major trauma or burn injuries, invasive procedures (including indwelling catheters), mechanical ventilation support, extended hospital stay, and previous administration of antibiotics.

A baumannii can also cause community-acquired infections, and has also been increasingly reported in victims of mass destruction or war conflicts. Incidence of A baumannii infections has increased substantially in the past three decades—possibly as a result of advanced medical support of critically ill patients leaving higher numbers of patients vulnerable.

Recent surveillance studies have reported rates of multidrug resistance in A baumannii of approximately 30%. Carbapenem antibiotics have long been regarded as the agents of choice, but resistance rates have risen substantially in some areas. Sulbactam has been successfully used in the treatment of serious A baumannii infections; however, the activity of this agent against carbapenem-resistant isolates is decreasing. Polymyxins show reliable antimicrobial activity against A baumannii isolates.

Clinical reports, although consisting of small-sized studies, support the effectiveness of polymyxin antibiotics and mitigate previous concerns about the toxicity of these drugs. Minocycline, and particularly its derivative tigecycline, have shown high antimicrobial activity against A baumannii, though relevant clinical evidence is still scarce. Several issues regarding the optimum therapeutic choices for multidrug-resistant  A baumannii  infections need to be clarified by future research.

As a result of huge public interest in infections of this nature, The Lancet Infectious Diseases will be hosting a conference on health care-associated infections featuring experts in the field from around the globe. The meeting will take place from December 11-12 at the QEII Conference Centre, London. John McConnell, editor of The Lancet Infectious Diseases, says: “Modern medicine faces few greater challenges than that of health care-associated infections (HAIs).

In the UK, one of the worst affected countries in Europe, HAIs are estimated to cost the National Health Service at least £1 billion per year. Media attention has increased public pressure to tackle HAIs—a pressure that clinicians, researchers, and policy makers must deal with. The conference program has been designed to combine state-of-the-art lectures with the opportunity for delegates to discuss management of HAIs with key opinion leaders.” 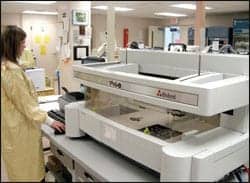 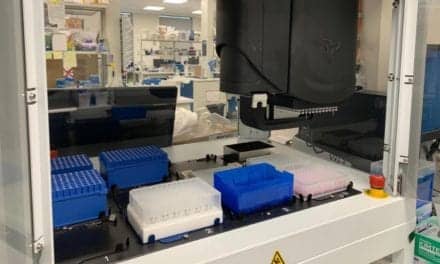 Plant Labs Could Adapt for Human Testing during Pandemics