Healthy adults with higher levels of phosphate in the blood are more likely to have increased levels of calcium in the coronary arteries—a key indicator of atherosclerosis and future cardiovascular disease risk, reports a study in the February 2009 issue of the Journal of the American Society of Nephrology (JASN).

"Phosphate level may represent a previously unidentified and modifiable cardiovascular risk factor, and could help identify people for whom modifiable risk factors could be screened and managed," comments Robert N Foley, MD, of University of Minnesota and the US Renal Data System (USRDS), both in Minneapolis, MN.

Dr. Foley and colleagues studied the relationship between phosphate levels and coronary artery calcium in 3,015 healthy young adults from a long-term study of risk factors for coronary artery disease. At an average age of 25 years, the subjects underwent measurement of their serum phosphate level. The phosphate level reflects the mineral phosphorus, which plays an important role in bone metabolism.

A special computed tomography (CT) scan was used 15 years later to measure the level of calcium in the coronary arteries. Coronary artery calcium is an early sign of atherosclerosis, or "hardening of the arteries."

Another study in the same issue of JASN shows that higher phosphate levels are linked to increased coronary artery calcium in patients with moderate chronic kidney disease (CKD). The two studies raise the possibility that phosphate-lowering drugs—generally used only in patients with end-stage renal disease on dialysis—might help to reduce cardiovascular risk in CKD patients and even in healthy adults with high-normal phosphate levels.

Since the study was not experimental, it cannot establish any cause-and-effect relationship. In addition, it lacked data on some possibly relevant laboratory values—especially parathyroid hormone and vitamin D, which, like phosphate, have important effects on bone.

The study, entitled “Serum Phosphorus Levels Associate with Coronary Atherosclerosis in Young Adults,” is available online and will appear in the February 2009 print issue of JASN. 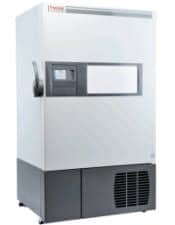 Epigenomics AG and Philips Collaborate for Research on Cancer Diagnostics