AACC Announces Results of 2010 Board of Directors Elections

Miller is professor of pathology, director of clinical chemistry, and director of pathology information systems at Virginia Commonwealth University Medical Center in Richmond, Va. He has been active in AACC since 1974 and has served the association in several capacities. Currently, he is a member of the board of directors, associate editor of Clinical Chemistry journal, and AACC liaison to the International Organization for Standardization Technical Committee 212 for Clinical Laboratory Testing and In Vitro Diagnostic Test Systems.

In 2007, Miller received the AACC Outstanding Lifetime Achievement Award in Clinical Chemistry and Laboratory Medicine. During his term, Miller has said that the key areas of focus will be continuing education that will help members remain current with evolving technology and laboratory medicine.

Other offices filled during the 2010 elections are:

Board of Directors: David G. Grenache, PhD, MT (ASCP), DABCC, FACB. Grenache is assistant professor in the Department of Pathology at the University of Utah Health Sciences Center in Salt Lake City. He is the medical director of the Special Chemistry laboratory at ARUP Laboratories. He is also a co-director of the University of Utah Health Sciences Center’s Commission on Accreditation in Clinical Chemistry (ComACC) post-doctoral fellowship in clinical chemistry 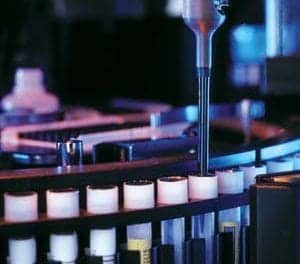 When Sex Is Not Safe